Hidden gold ring found at Auschwitz after more than 70 years 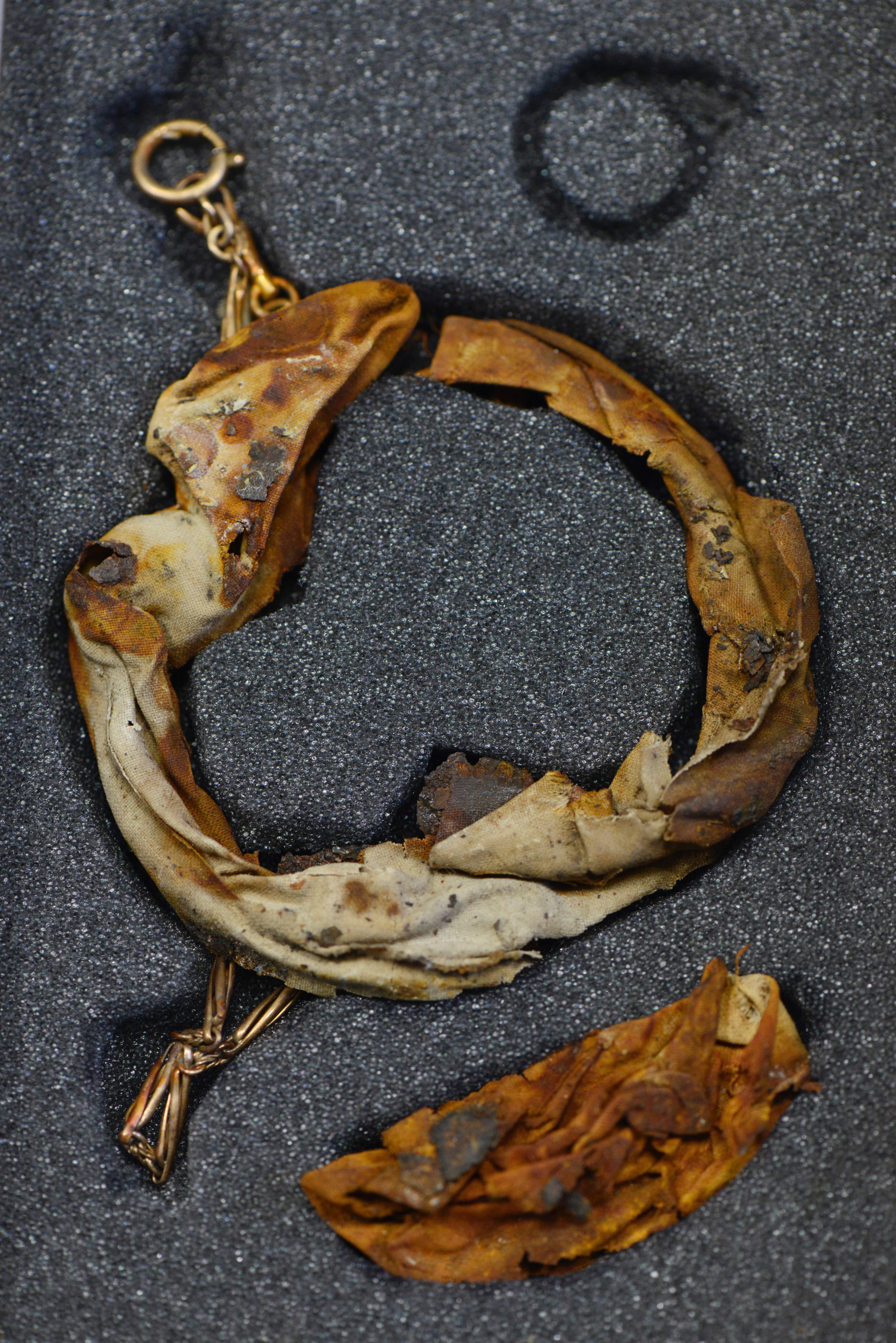 The owner of a gold ring and necklace found at Auschwitz was almost certainly murdered by the Nazis, but she hid her valuables so well that they weren’t found by her killers – or by anybody else –  for another 70 years.

The Auschwitz Museum says curators discovered the items in an enamel mug with a double bottom. The mug, one of 12,000 pieces of kitchenware in the museum’s collection at the former extermination camp, had begun to fall apart with age and employees discovered its secret during maintenance work, the BBC reports.

Tests revealed that the pieces, which had hallmarks featuring the head of a knight with the number three on the right side, were made in Poland between 1921 and 1931.

Museum director Dr. Piotr Cywinski says the Nazis, who murdered more than 1 million Jews at the camp, told people being rounded up and sent to Auschwitz that they were being deported for resettlement—a lie that ensured they brought their valuables with them in the small amount of luggage they were allowed.

The fact that victims went to great lengths to hide their valuables shows they knew they would be robbed, he says, but “on the other hand, it shows that the Jewish families constantly had a ray of hope.” The museum says the jewelry will remain in its collection—there’s little chance of identifying the owner—displayed in a way that shows how it had been hidden.

(An Auschwitz survivor wasn’t allowed to testify at a guard’s trial.)

This article originally appeared on Newser: Ring Was Hidden at Auschwitz for More Than 70 Years