DINWIDDIE COUNTY, Va. -- In the midst of a horrific tragedy, community members came together Saturday for a massive project to support a 20-year-old woman injured on her farm last weekend in Dinwiddie County.

The accident happened as Katy Daniel was working to install a fence to make a pasture for her horse on Mother's Day. She now faces a long recovery and years of surgeries after losing her scalp and part of her face in the freak accident.

As word of the accident spread, the hashtag #KatyStrong popped up on social media Monday. The supportive message was also a theme Saturday as volunteers gathered not only complete the fence, but to accomplish many other projects on the property.

Daniel's older brother, Jason Gupton, said it makes his heart swell that to so many people came out to help the family.

Now Katy no longer has to worry about the fence or her barn.

"It's tough because it is emotional, but it's also just overwhelming because it was just something we wanted to do for Katy" SueAnn Fitts, the owner of Commonwealth Home Improvement, said.

Fitts said when she asked her workers if they wanted to help with the project, all 15 said yes.

"I've got my roofing crew here and then my siding crew is also here," Fitts said. 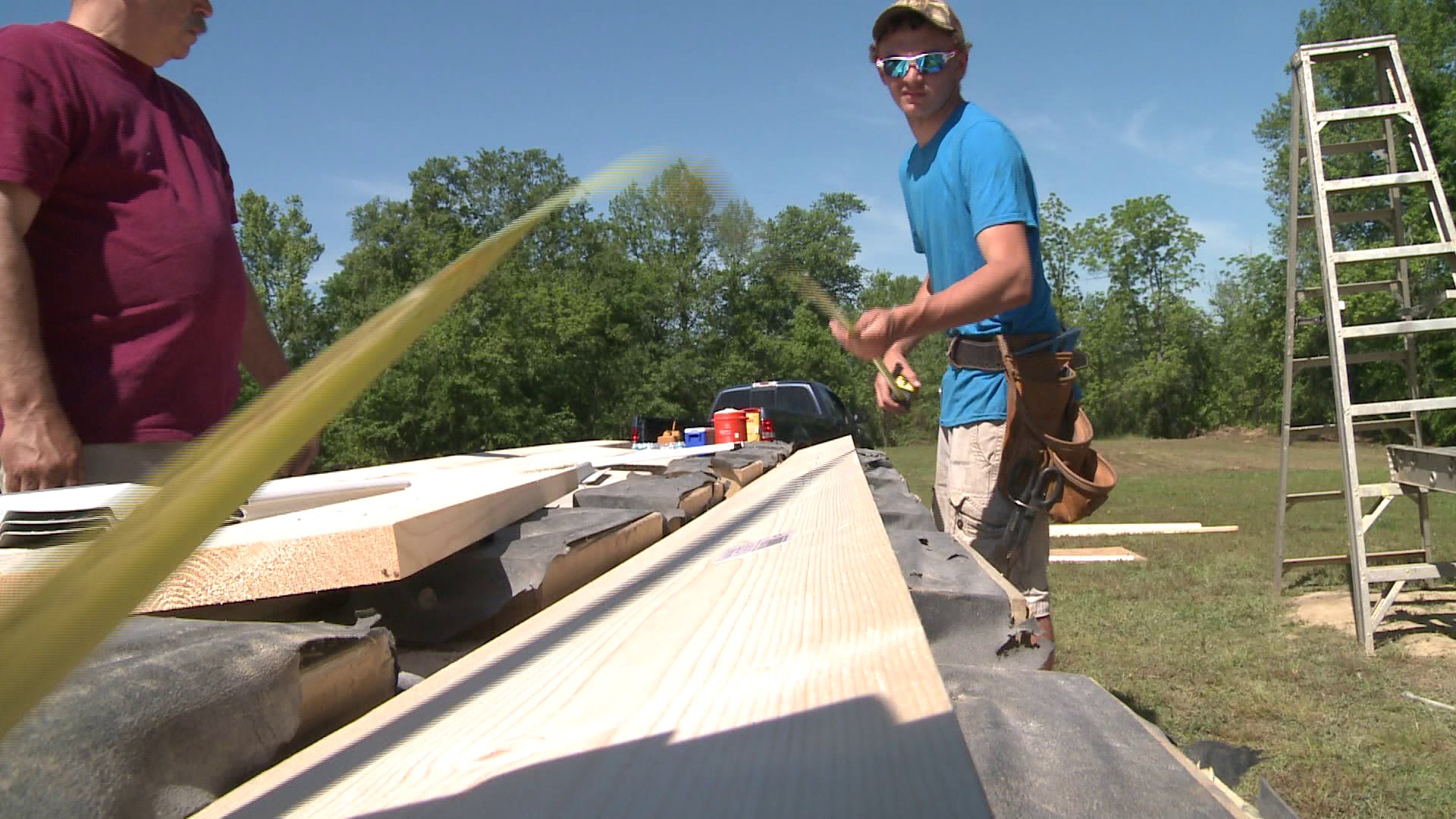 Volunteers fanned out across the property, some helping with the new barn while others installed a new roof on an old shed.

More than a dozen took on the task of putting up a fence around two pastures as still others installed two metal gates.

Sara Ellis, who works with Katy and gave Katy her horse said she had one thing in mind Saturday.

"My whole thing was, I didn't want Katy to have to worry about anything when she got home, nothing," Ellis said. "It's going to be all set up, ready for her to go."

Family members said the projects all serve one purpose.

"She's going to need a lot of help when she gets out and it's going to be tough on her and this is going to make a world of difference, it's something she loves, her horses," Gupton said.

Her other brother, Kyle Daniel, said he knows what Katy's reaction will be when she gets to come home.

"She's going to be grinning for all she's got.  I just can't wait til she comes home," Daniel said.

Kyle said Katy is in good spirits but as expected has her bad moments. But he said the amazing outpouring of love Saturday will go a long way to keeping Katy strong.