CHESTERFIELD COUNTY, Va. -- Firefighters say gusts of wind stoked a fire Monday that wiped out a shed, before spreading to the wood line near several Hickory Road homes in Southern Chesterfield County.

The abandoned shed had two cars inside and is a total loss.

"I was doing yard work, when I first noticed the brush fire in my back yard and called 911,” said Laura Cottrell, who said she was about 30 to 50 feet away.

She said floating embers and a strong gust of wind brought the raging fire right next to her south Chesterfield home. 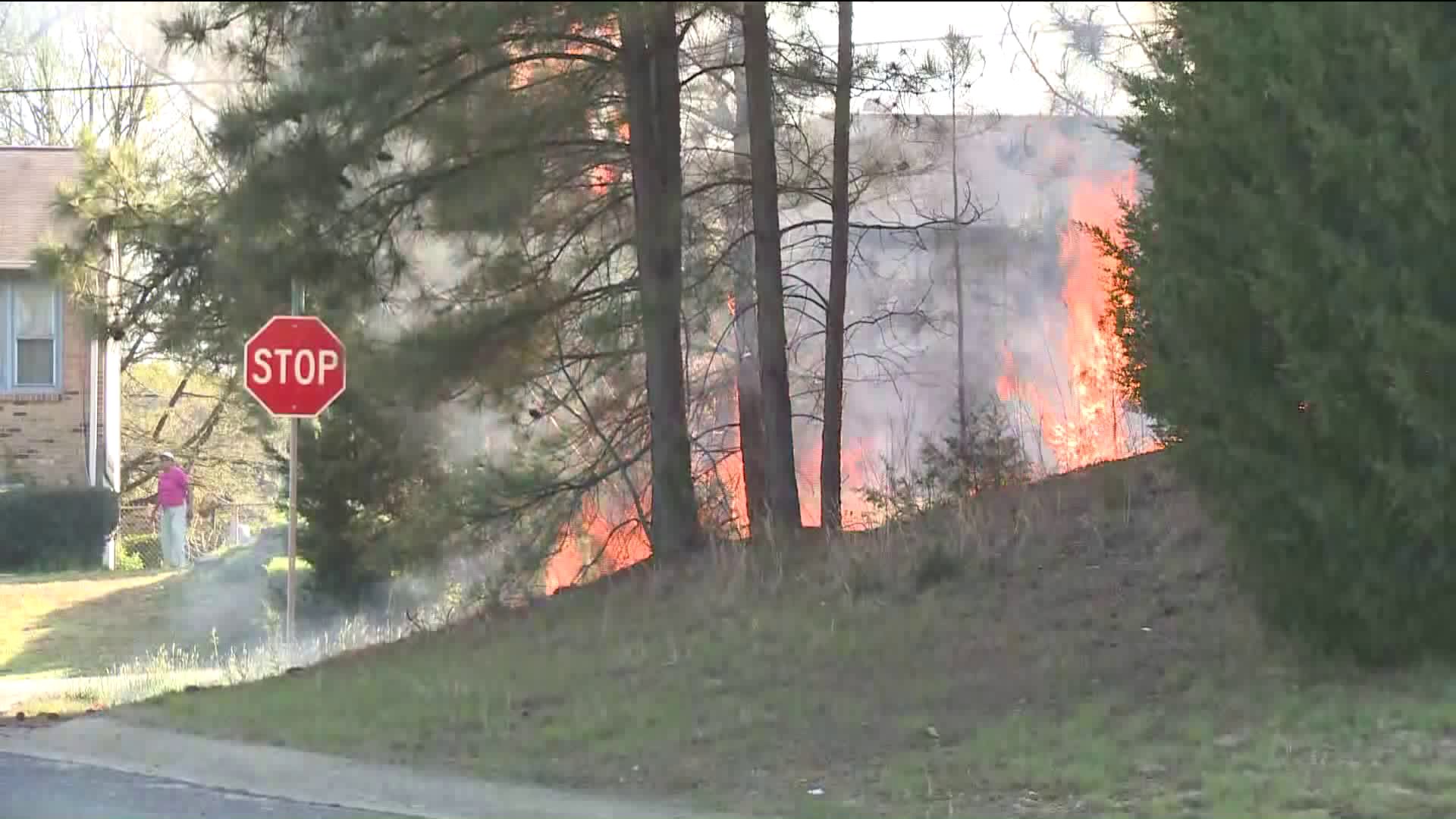 "It started small and got taller and taller,” Cottrell said. “At one point the flames were so high you could feel the heat."

CBS 6 reporter Jon Burkett said you could also smell it.

"I was sitting in the living room,” said Khalil Sandoval.  He said he caught a whiff and went outside to investigate. "I opened the back door and it was just a fire ball."

Fire crews knocked down both fires, by spraying a special foam on the flames that had engulfed the cars.

Firefighters said they will continue to check the area for hot spots, but managed to mark the brush fires under control pretty quickly.

"I was like, ‘how did the fire go from the back to the front?’ I was so confused," said Sandoval.

Warm temperatures, high winds, and low humidity, are a few on the factors that have led to an increase in brush fires.

Tuesday is another enhanced fire day, and firefighters ask for residents not to use open flames and not to throw cigarette butts out of car windows, as it will increase the likelihood of a brush fire.