HENRICO COUNTY, Va. – Police responded to the scene of a robbery and suspicious package situation in the Laburnum Square Shopping Center in Henrico.

Police tell CBS 6 a suspect robbed Check into Cash, located at 4738 Finlay Street, around 3:24 p.m and then placed a suspicious box on the counter. The Laburnum Square Shopping Center was evacuated while police and bomb squad investigated. 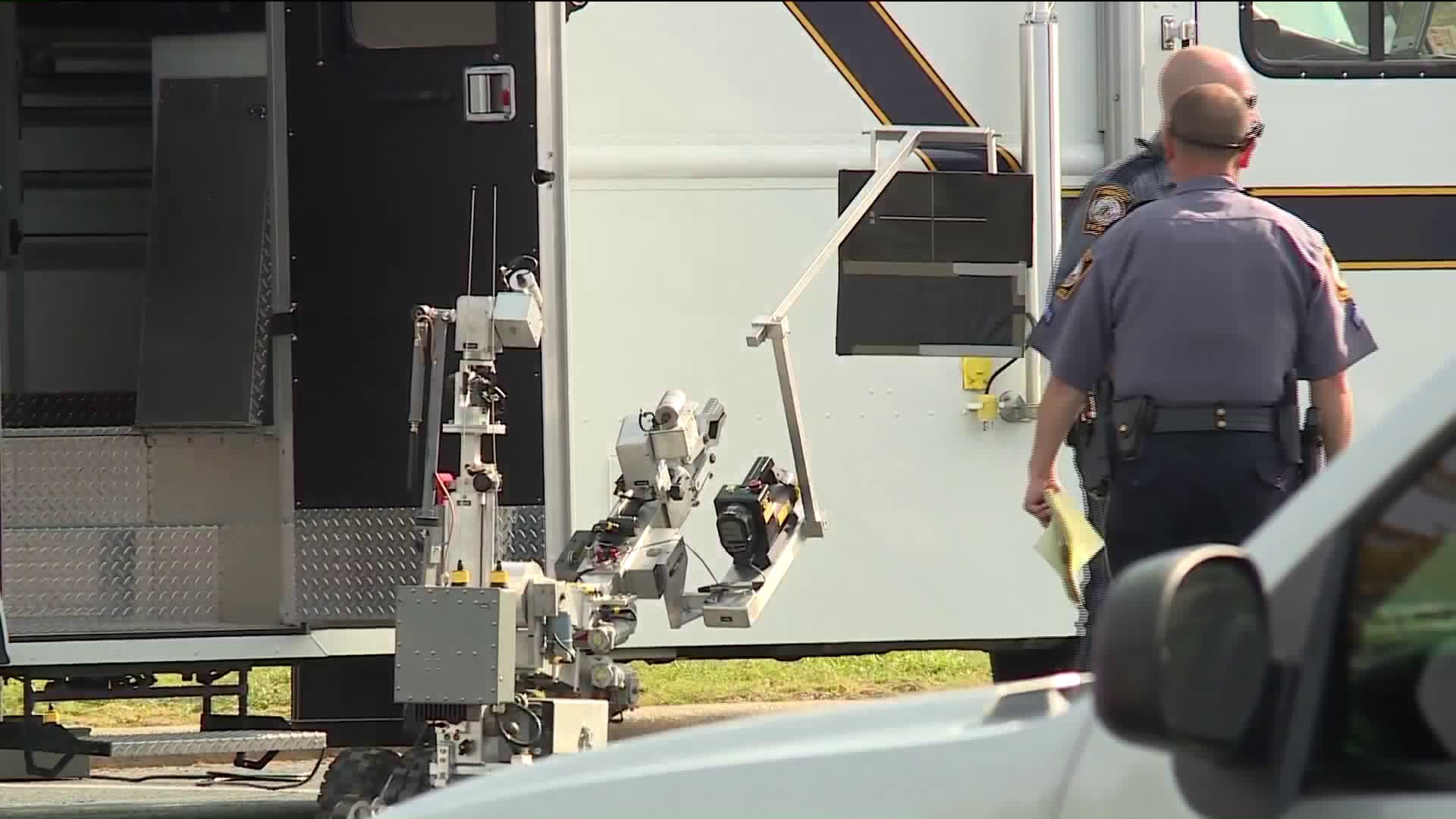 The package was removed from the building, and deemed inert. Police are still investigating.

The suspect was described as a white male, 5’9 to 6’2, and weighing around 170 pounds. He’s described as having a thin build with short hair. He was also wearing a facemask and sunglasses during the robbery.

The Laburnum Square Shopping Center was evacuated for a couple of hours, but shortly before 6 p.m., the evacuation was lifted and people returned to their businesses.

Michael Higgins, who works nearby, said he was evacuated but very little information was given.

“In this day and age, you like know, after Brussels and Paris, and the other things that have gone on,” he said. “You can’t help but wonder… It can happen anywhere.”

Police ask anyone with information about this crime to call Crime Stoppers at 804-780-1000.