Kobe Bryant goes out in style with 60 points

LOS ANGELES — Fans final vision of Kobe Bryant in a purple and gold uniform was like many before as the Lakers’ legend scored a spectacular 60 points in his farewell NBA game.

The third-leading scorer in NBA history, hit in recent years by injuries that made too many of his final contests a struggle, completed his glorious 20-year career with the style that made him a five-time NBA champion.

The 37-year-old showed the tenacity, toughness and talent that made him one of the all-time greats in basketball history. And unlike many games this season, Bryant’s heroics helped to bring victory. The Lakers trailed the Utah Jazz for most of the night, but Bryant sparked the Lakers in the fourth quarter, rallying them single-handedly to a 101-96 win. 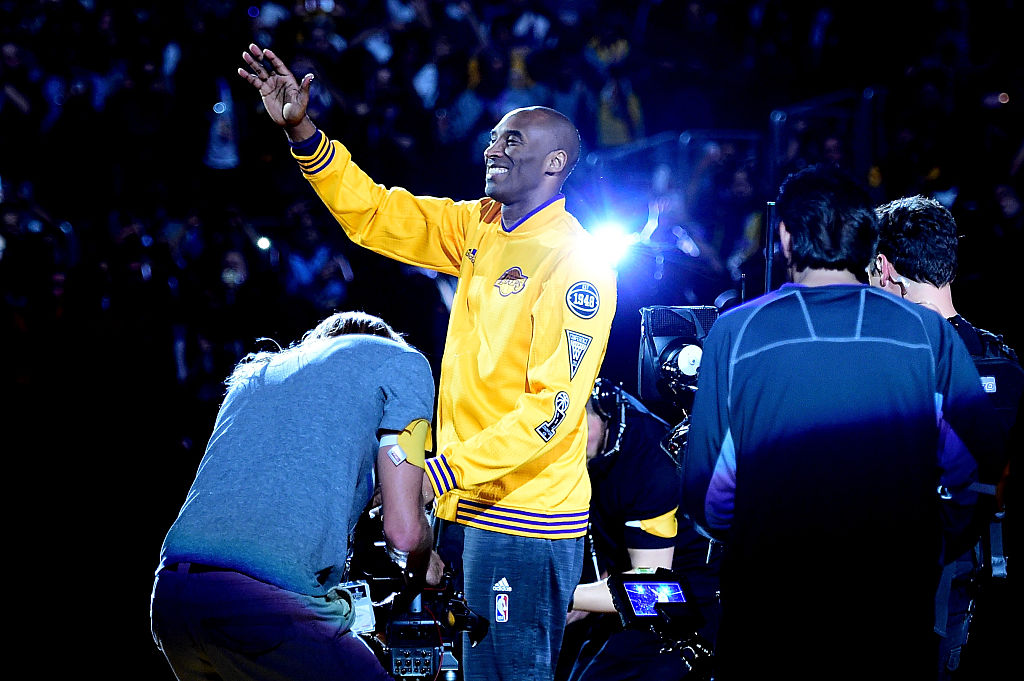 Bryant, who left the game with 4.1 seconds remaining, was swarmed on the court afterward by former teammates and coaches.

“I can’t believe how fast 20 years went by,” he told the Staples Center crowd after the game.

Most remaining tickets for the game at the Staples Center in Los Angeles were selling for four figures on reseller StubHub, according to a spokesman for the company. One ticket was listed for $27,500, Kevin Burke said in an email.

One fan, who with his two buddies paid $4,200 for three $34 tickets, told CNN they came from Oregon to watch the final game.

“He’s the greatest of our generation,” he said. “He’s been a great inspiration for all of us.”

Bryant announced this season would be his last in a poignant letter written in the form of a poem on The Players’ Tribune in November.

“This season is all I have left to give,” he wrote in “Dear Basketball.” “My heart can take the pounding. My mind can handle the grind. But my body knows it’s time to say goodbye.

The Charlotte Hornets drafted Bryant as the 13th pick of the 1996 NBA draft after he entered the league straight out of high school. He was traded to the Lakers for Vlade Divac. What followed was a career with a list of achievements so exhaustive, it has its own Wikipedia page.

A quick look at some of Bryant’s accomplishments:

According to ESPN’s Arash Markazi, just 11 players across the NBA, NFL, MLB and NHL have done so. Kobe’s career with the Lakers compares to the likes of Derek Jeter with the New York Yankees, the late Tony Gwynn with the San Diego Padres, Cal Ripken Jr. with the Baltimore Orioles and Steve Yzerman with the Detroit Red Wings.

Bryant’s career was not without controversy. In July 2003, he was charged in Colorado with one count of sexual assault in a case involving a 19-year-old hotel worker. The charge accuses Bryant of “sexual penetration or intrusion and (that) he caused submission of the victim through actual physical force,” according to Eagle County District Attorney Mark Hurlbert.

The charge was dropped in September 2004.

The woman involved in the criminal case also sued Bryant. They settled for an undisclosed sum.

Bryant also feuded with teammate Shaquille O’Neal to the point where the Lakers traded O’Neal to the Miami Heat in 2004. The two later explained that it was a case of two strong-willed people involved in a long-running workplace dispute. They can now fondly reminisce about the three consecutive titles they won as teammates.

Today’s Lakers are a mess

It has been tough during Bryant’s farewell tour.

The Lakers’ season has been nothing short of abysmal. Young and rebuilding, it has lost 65 games, the most in its 68-year franchise history. And some of the defeats have been really bad — the Jazz downed the team by 48 points on March 28, tying for the largest loss in the Lakers’ history.

Additionally, Bryant’s numbers have dipped. This season has been his worst shooting year in terms of field-goal percentage. Injuries have slowed him down.

For three consecutive years, his season was ended by injury. There was the ruptured Achilles tendon in April 2013. In 2014, he missed all but six games after breaking a bone near his left knee. And then a torn right rotator cuff in January 2015 required surgery.

And while he’s played through injuries in the past, the wear and tear has become evident, with an occasional night off needed for rest. But as the end has approached, Bryant has done his best to play through pain so fans across the country can see him one last time.

That ends Wednesday at the Staples Center in Los Angeles.

End of an era

Bryant has been a huge draw at home and on the road. Throughout the season, he has received gifts, video tributes and standing ovations from the opposing crowd.

Monday was no different in Oklahoma City, Bryant’s final road game. While he looked like he was in his prime in the first quarter with 13 points, he didn’t score the rest of the night in what was another blowout loss for the Lakers, 112-79.

Bryant fans came out to Chesapeake Energy Arena in droves. Even when the game was out of reach, the crowd roared in the fourth quarter, “We want Kobe!” and “Kobe! Kobe!” Bryant, meanwhile, remained on the bench, smiling, with his shoulder wrapped.

He said after the game he had been tempted to come back in, but he knew he shouldn’t.

“I couldn’t move, man,” Bryant said. “I played in the first quarter. I tried to give it all I had. … I tried to loosen up in the locker room coming out for the second half. I couldn’t move well at all.”

Lakers head coach Byron Scott said he didn’t consider putting Bryant back in the game for a curtain call, instead looking ahead to Los Angeles.

“I wasn’t thinking about it at all,” Scott said. “We were down 30 points. I wasn’t going to put him in for a minute. At the six-minute mark, or something like that, in the third quarter, and he was coming toward the sideline, and I asked him how he felt. He was kind of like, `I’m all right.’ I said, `Well, let’s just end this right now and just get you ready for Wednesday.’ There was no argument there whatsoever. He just knew that at that particular time he was done.”

Will Bryant keep his emotions in check in his final game? Asked in Oklahoma City about his feelings heading into Wednesday, he said he wasn’t sure but he feels excited and looks forward to lacing up one more time.