Pop Star Iggy Azalea dropped by “The Ellen DeGeneres Show” Friday and chatted about getting engaged and says that everything with her and fiancé Nick Young is good at home.

Iggy opened up to Ellen about her plastic surgery and says it was a personal choice. Plus, she shared a hilarious story about collaborating with Britney Spears and said  Britney’s team came to her house and surveyed her kitchen before she arrived. 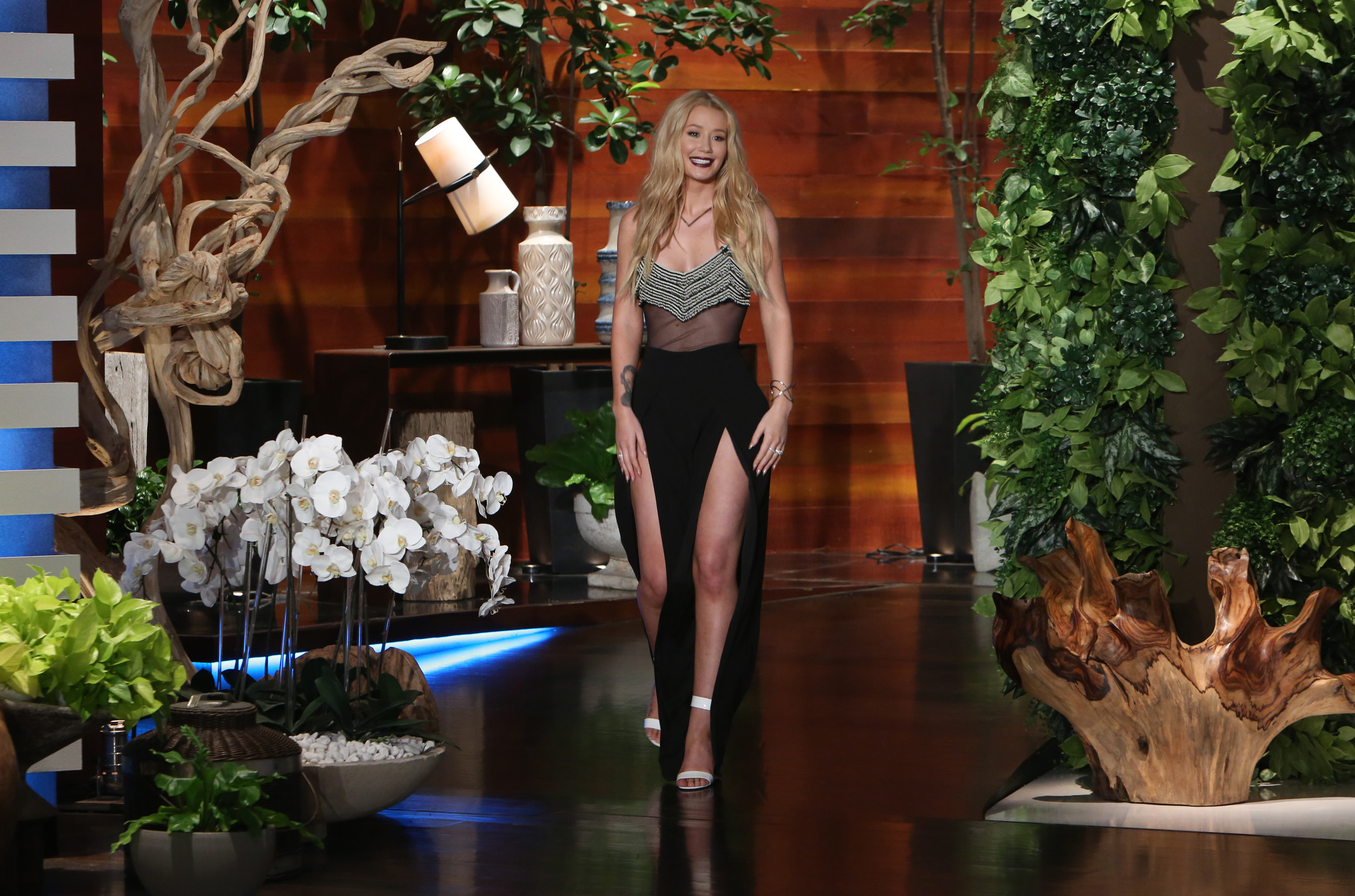 Iggy On Her Fiancé

Ellen: That’s a beautiful ring by the way and you’re engaged to a Laker?

Ellen: Nick Young is that his name?

Ellen: Ok. And there’s all kinds of and I don’t know because I don’t really read any of that stuff but I learned because you’re on the show there’s all this controversy?

Iggy: Of course there is. There always is. But we’re good.

Iggy: There isn’t at home just on the internet.

Iggy: Just on the internet. Not at home.

ellen: But at home you’re good.

Ellen: And then you got attacked for and this is ridiculous also. And you’re open about this, which is why I bring it up, that you got plastic surgery.

Iggy: Yeah, I did. Very happy with it.

Ellen: Well you look fantastic. I mean. You look great. I don’t know what you did or whatever, I don’t even know you needed to do anything.

Iggy: I didn’t. There was nothing wrong with me . I think it’s a personal choice and anybody, man or woman, they should be able to make an informed decision and if you want to change something then that’s up to you.

Ellen: Something bothered you obviously about yourself that you wanted to change. What bothered you what did you change?

Iggy: I changed my nose and I got boobs. Now I have boobs so.

Ellen: You didn’t have boobs?

Iggy: I didn’t have boobs before I just had nipples and now I have breasts. Thought I could use some would be a good addition. So yeah.

Ellen: So you have boobs and then you changed your nose. I don’t remember your nose before.

Iggy: No it was pretty similar.

Ellen: So that was a big waste of money.

Iggy: Yeah. I don’t know if it was worth the back lash. I should have changed it more so It was worth it.

Ellen: And also if you’re getting boobs no one is looking at your nose. So you could have just gotten the boobs.

Iggy: I should have done that first.

Ellen: Yeah to see if you needed to…

Iggy: And then I would have killed two birds with one stone.

Ellen: Yeah exactly. Start with that.