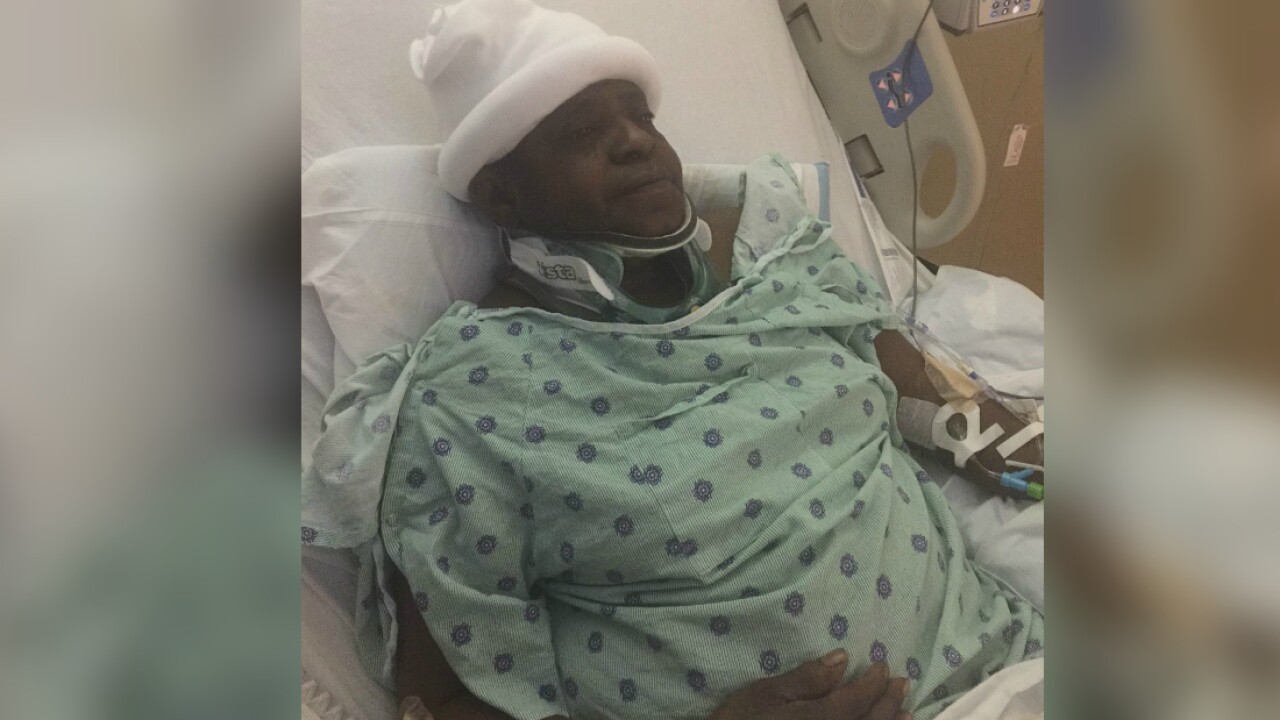 RICHMOND, Va. — She thought she was going to die. That is how Theresa Key described her harrowing walk to work.

Key said she was walking through Jackson Ward, near 1st and Duval Street, Sunday morning when two dogs — Italian Mastiffs, according to police — attacked the Omni hotel housekeeper.

The injuries left the 58-year-old Richmond mother disfigured, according to her daughter Marcaelle.

Key’s scalp was ripped off the back of her head. She was also injured on her arms, legs, back and ears.

“A man saw the dogs attacking my mother, but he was too scared to get out of his car,” Marcaelle said. “He blew his horn, but the dogs would not leave.”

When police arrived, an officer distracted the dogs long enough to end the attack. When the dogs — described by police as “large” — became aggressive toward the officer, the officer fired two rounds — killing one of the dogs.

The second dog was captured and handed over to animal control.

“Please help us find the dog owners. They are responsible for their dogs’ behavior. Those dogs should’ve been locked up,” Marcaelle said.

Theresa Key is scheduled to undergo plastic surgery on Tuesday, her daughter said.