Man shoots self after crashing into pickup, pinning man in Church Hill

RICHMOND, Va. --Two men were taken to the hospital after a bizarre wreck in Church Hill Sunday afternoon.

Officers responded to a call for a traffic accident on North 32nd Street between M and N Streets around 2 p.m. Sunday.

Police said that three vehicles were struck by a gray Lexus, including a truck that was parked. A man was working on that truck when it was struck.

As a result, the man was pinned under the pickup. He was taken to a local hospital with non-life threatening injuries and officers said he is expected to be OK. .

The driver was taken to a local hospital with life-threatening injuries.

Police said a gun was recovered on scene and the shot did not come from an officer's weapon.

Neighbors said a man was waxing his pickup when he was pinned.

Kevon Seabron was around the corner when he said the Lexus sped down the street and smashed into the line of parked cars.

The collision pinned a man waxing his truck underneath his own vehicle.

A crowd of neighbors as well as the driver of the Lexus rushed over to help.

Another man who witnessed what happened spoke to WTVR CBS 6 on the condition of anonymity.

He said he is still shaken by what the driver did next.

“He took the gun out and shot himself in the head,” he said.

Police confirmed officers were working the accident scene when a single shot rings out.

According to RPD officials, they are still trying to figure out what the driver was doing prior to the wreck  and what led to moments after it.

Seabron is relieved his neighbor working on the truck will be OK, but like most of the half dozen neighbors who saw what happened in the middle of the street,  he's still rattled. 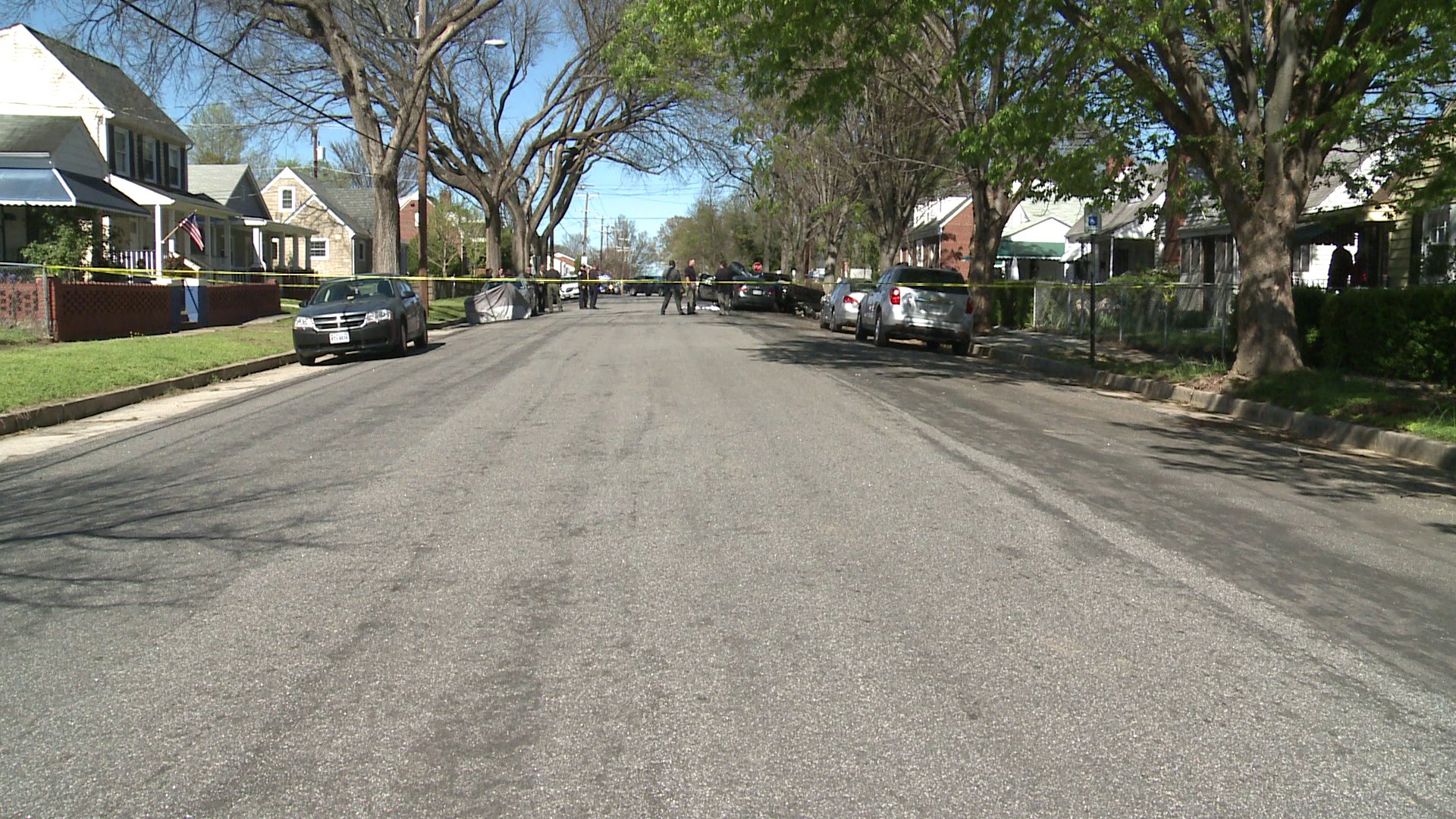 Tweets from reporter Jake Burns at the scene:

A man was working on the truck when it was hit. Lexus driver helped the man; then later grabbed the gun @CBS6 pic.twitter.com/PZ5aFJQccR

Police: man working on the truck is going to be ok. Driver of car is in life threatening condition @CBS6 pic.twitter.com/ZqlNfsSdXe

Police say there were officers on accident scene when they heard a single shot. Investigating who the driver of the Lexus was. @CBS6