CHESTER, Pa. -- Investigators arrived on the scene Sunday to start unraveling how and why an Amtrak train crashed into a backhoe on a track near Philadelphia, killing two people.

Their job will take time.

"We're still gathering the facts," said Ryan Frigo, the person in charge of investigating the crash for the National Transportation Safety Board.

NTSB officials will be looking at multiple factors that may have played into the crash: mechanical, operations, signal, track, human performance and survival.

Frigo said that the event data recorder and forward-facing and inward-facing video from the locomotive have been recovered.

The big unanswered questions: Why the backhoe was on the track near Chester, just south of Philadelphia? Why did the train continue its route from New York to Savannah, Georgia, when Amtrak construction workers may have been on the track?

And why didn't the construction workers move if a train was coming? 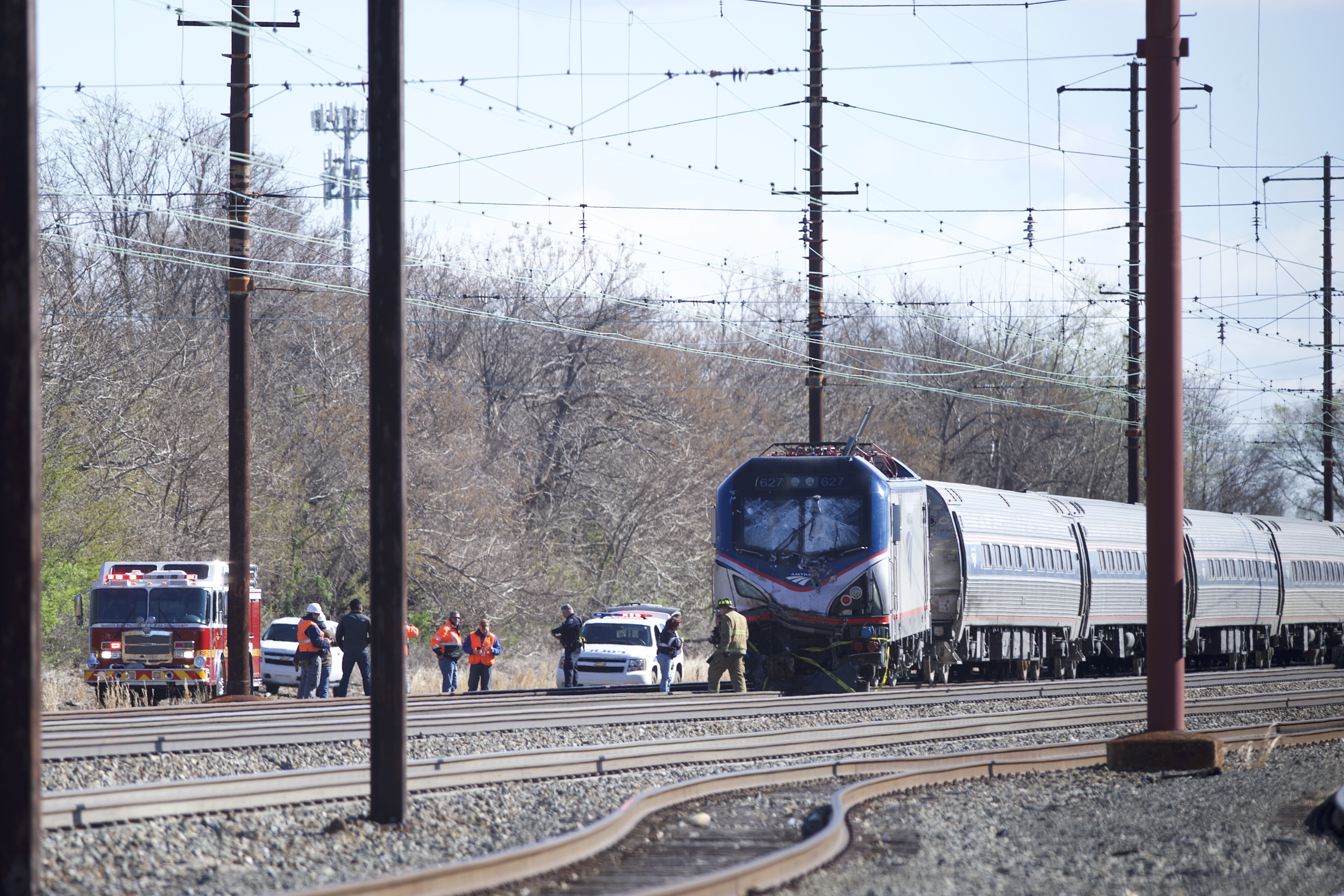 The two people killed were construction workers for the railroad service, a source close to the investigation said.

The two fatalities were found on or near the backhoe, Pennsylvania Emergency Management spokeswoman Ruth Miller said.

The train was carrying about 341 passengers and seven crew members when it crashed, Amtrak said. The impact caused the lead engine of the train to derail.

Cristine Starke said the crash felt like an explosion.

"I think we crumbled under the pressure," Starke told CNN. "There's a hole, and it looks as if the train bent, and that was about two feet in front of me. It felt like an explosion. I ended up on the ground."

The debris was so thick that it looked like snow on the windows, she said.

Even before the crash, Glenn Hills said he knew something was wrong.

But the mess wasn't confined to the track, Hills said.

"I looked outside, and it looked like we were in this brown cloud," he said, speculating that the dustiness came from construction or high winds. "We were rolling into this storm, this sandstorm."

That's when passengers started panicking. Then the train slammed into the backhoe.

Hills said the impact didn't feel severe from the second passenger car, where he was sitting.

"There was tremendous impact on the first car," Hills said. He said the roof of that car was torn open, and several windows were broken.

"It feels like a nightmare," he said. "It felt like this is that experience that I've feared in the past."

Amtrak said it was providing limited service between Philadelphia and Wilmington, Delaware, as the Federal Railroad Administration and NTSB investigate.

The crash came less than a month after an Amtrak train headed from Chicago to Los Angeles derailed in Kansas, injuring 32 people.

It also came almost a year after another Amtrak derailment near Philadelphia -- one that left eight people dead and more than 200 injured.

In an unrelated accident Sunday, one person was killed when an Amtrak train struck a vehicle at a roadway crossing in a small Illinois town, authorities said.

Sunday's crash near Philadelphia made Hills consider whether he should fly more.

"I rely on Amtrak a lot, and I travel for my job in the Northeast Corridor a lot," said Hills, who works in the specialty food industry. "This incident has really fed my fears."

But is it enough to make him stop riding trains?

"Unfortunately, no. We rely on it too much in this part of the country."