2 miles of praying and 5 minutes of peace along Chamberlayne

RICHMOND, Va. -- In an effort to strengthen the community after a rash of recent violence, hundreds gathered along Chamberlayne Avenue for a prayer chain Saturday.

One by one people in the group joined hands, and spread out over several blocks of the road, all the way to Azalea Avenue.

The Richmond Urban Ministry Institute said the chain was nearly two and a half miles long.

Everyone was handed a prayer, during what organizers call five minutes of peace.

The community spent time connecting, with prayers, song and a cookout.

“I just hope they get some of these guns off the street number one, and make this place a safer place for the kids’ sake, it’s terrible, it’s terrible out here,” said Margaret Holmes. 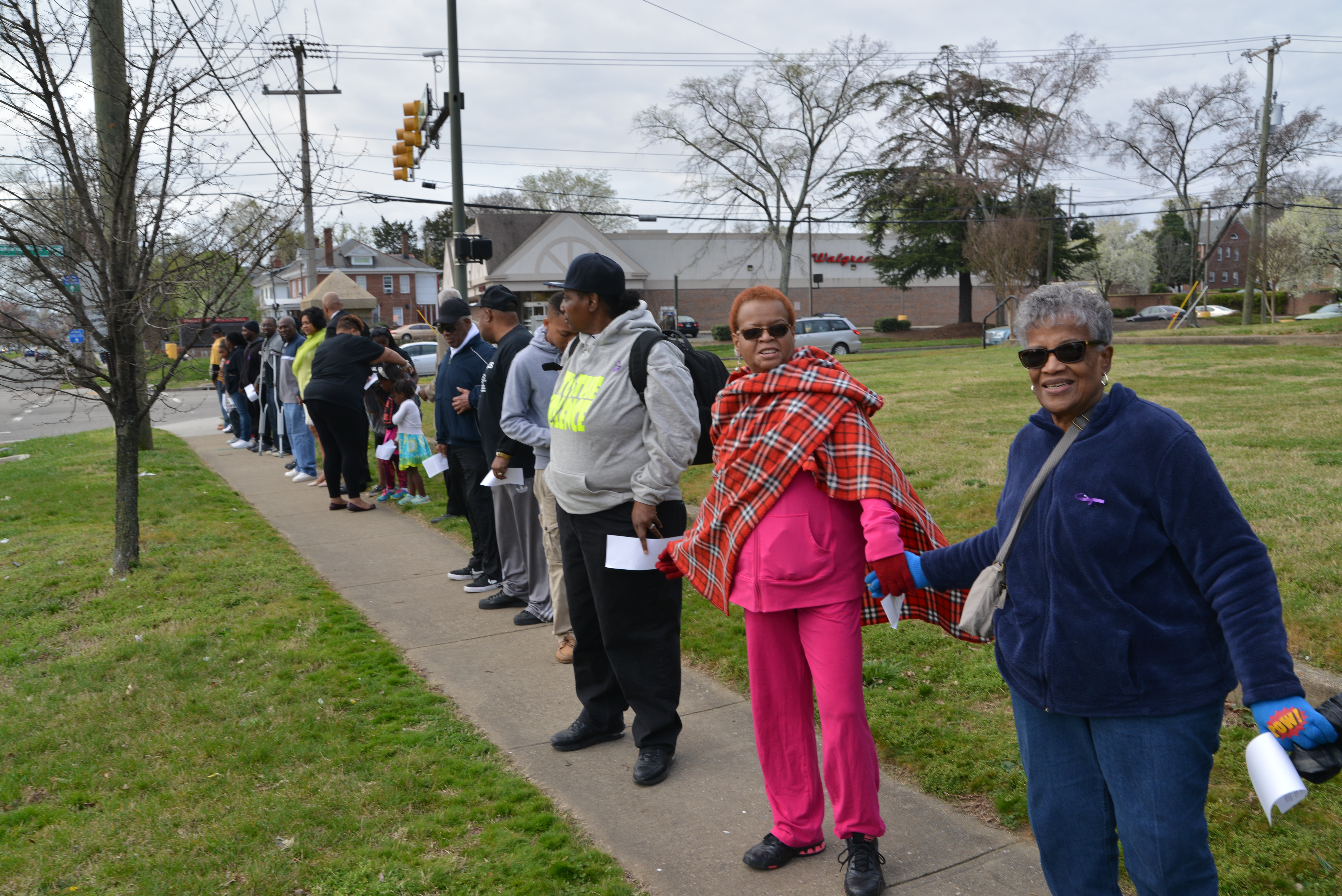 Two Thursday murders increased the City of Richmond's murder count to 16, compared to four at this time in 2015.

Community activist Charles Willis said the people doing the shooting have no idea how to peacefully resolve issues.

“Our folks needs to be exposed to other opportunities in resolving conflicts,” Willis said.

Although Richmond has seen low murder rates in recent years, he said the numbers were bound to climb.

“Just because it quiets down for a moment, doesn’t mean it’s not lurking around the corner,” Willis said.

Lt. Alston said domestic violence is another contributing factor in this year’s homicide numbers. He said at least seven of this year’s murders resulted from domestic issues.

Dana Schrad, the head of the Virginia Association of Chiefs of Police, said family violence is trending up nationally.

“There seems to be sort of an overall tendency to take a violent measure to solve a minor dispute," Shrad said.

Another event is planned on April 30, with details to come. More info here.