The 28-year-old was shot by a fellow Prince George’s County officer during an ambush outside a Prince George's County, Maryland police station on March 13.

Colson, a four-year veteran of the department, attended and played football for Randolph-Macon College.

Randolph-Macon Chaplin Kendra Grimes and students Olivia Pyanoe and Kirby Struhar organized the vigil to honor Colson for his courage and service to the community.

“We hope to honor him by asking ourselves how we can better live to embody the values he stood for both on our campus and in the broader community,” Grimes said.

Pyanoe and Struhar are both kids of law enforcement officers, so they reached out to the school's dean to honor Colson.

"Any law enforcement death is very personal to us," Pyanoe said. “When we also learned he was a Randolph-Macon student we also thought it was really important to bring it to the students as well.” 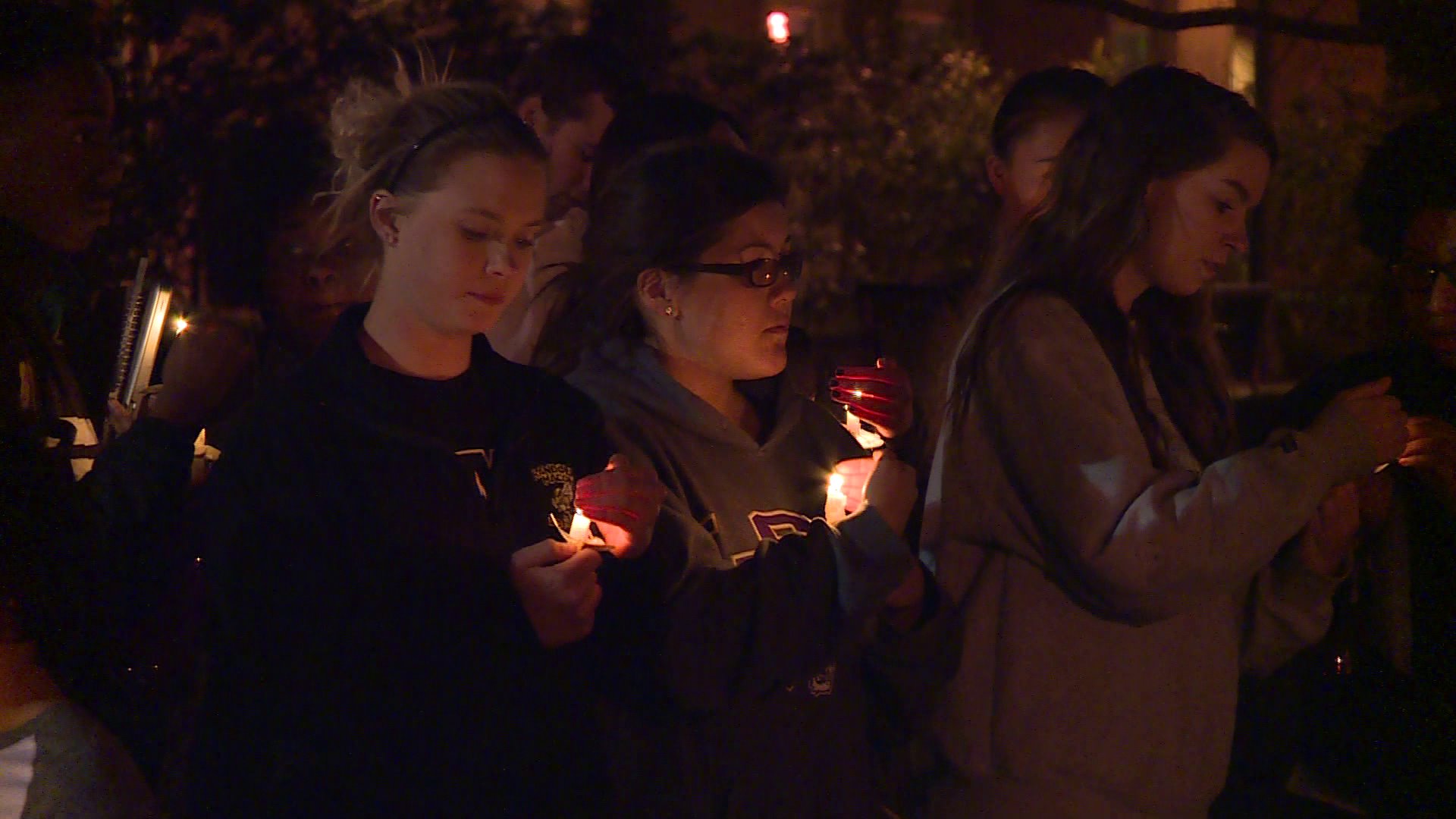 “I thought it was great to have so many people want to come out and honor what officer Colson did and the sacrifices he made,” said Struhar.