RICHMOND, Va. — With the credits rolling, sadness settles over the darkened Westhampton Theatre. Moments before, the crowd of about 30 moviegoers were chuckling at the comedy on the screen, but now no one is laughing.

After 78 years in business, the venerable theatre on Grove Avenue in Richmond’s West End is closing its doors for good.

On this night, with the smell of popcorn wafting in the air, former workers gather in the lobby to reminisce. One woman, who worked at the theatre from 2005-2015, recalled seeing “Gone With the Wind” as a 12-year-old when it was re-released.

The flash and glow of mobile phones light up the dimly lit theatre as customers capture images of the interior. People linger for several minutes not wanting to leave this cozy, comfortable theatre. They want to soak up the atmosphere one final time.

Regal Entertainment, which operated the theatre, sold the building in 2014. The theatre will give way to condos, eateries and other retail outlets.

Two curious moviegoers, unaware of the theatre’s closing on this night, inquire what was happening. The pair shrieked and were satisfied knowing they will be part of Richmond theatre history.

One heartbroken man, staring at nothing in particular, says the theater’s closing is hard to digest. He says with a tinge of despair that if he stays it would delay the inevitable.

A manager on-duty would not confirm to me if Westhampton was closing. She would only say that there would be no other movie times posted after Sunday night. Searching Westhampton Cinema on the movie ticket purchasing site, Fandango, I found a message that reads, “Currently there are no movies and showtimes for this theatre on this date.”

When it opened in 1938, owners billed the Westhampton with its colonial era decor as “A new kind of theatre” reminiscent of the most chivalrous and glorious period in American History.” Westhampton was called “A setting of Yesterday for Entertainment of Today!”

Original owners proclaimed that the theatre is “bound to win superlative praise as the most beautiful theatre in Virginia. Mechanically perfect, with every modern convenience for your comfort, we believe you cannot help but say, ‘This is indeed a beautiful theatre.'”

Admission in 1938 was just 20 cents for a matinée. An evening show would set you back a quarter. Children always entered the theatre for a dime.

Sometime during the 1980s, Westhampton was redesigned into a two-screen theatre. The balcony section was redeveloped and a small screen was installed.

The last films to be shown at the Westhampton Theatre? “The Lady in the Van” and “The Bronze.”

As this reporter exited the theatre, workers were busy packing as if they were preparing to move out of a beloved home.

On this cold, drizzly night, the classic marquee hung overhead darkened and void of any letters advertising the latest features. It was a clear signal that nearly 80 years of entertainment had indeed come to an end in Richmond. Many movie goers were hoping this real-life film had a different ending. 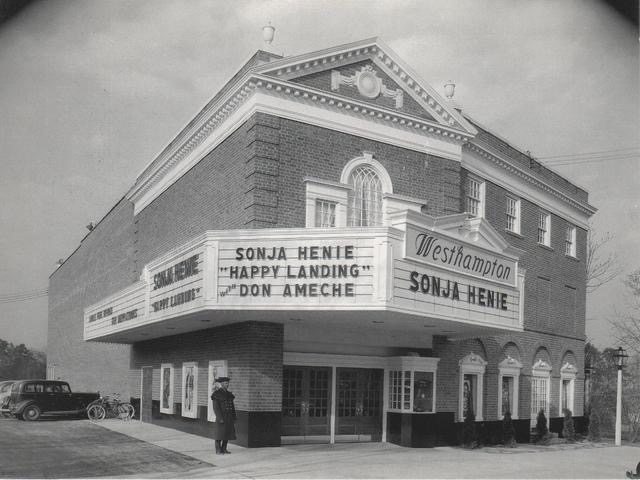