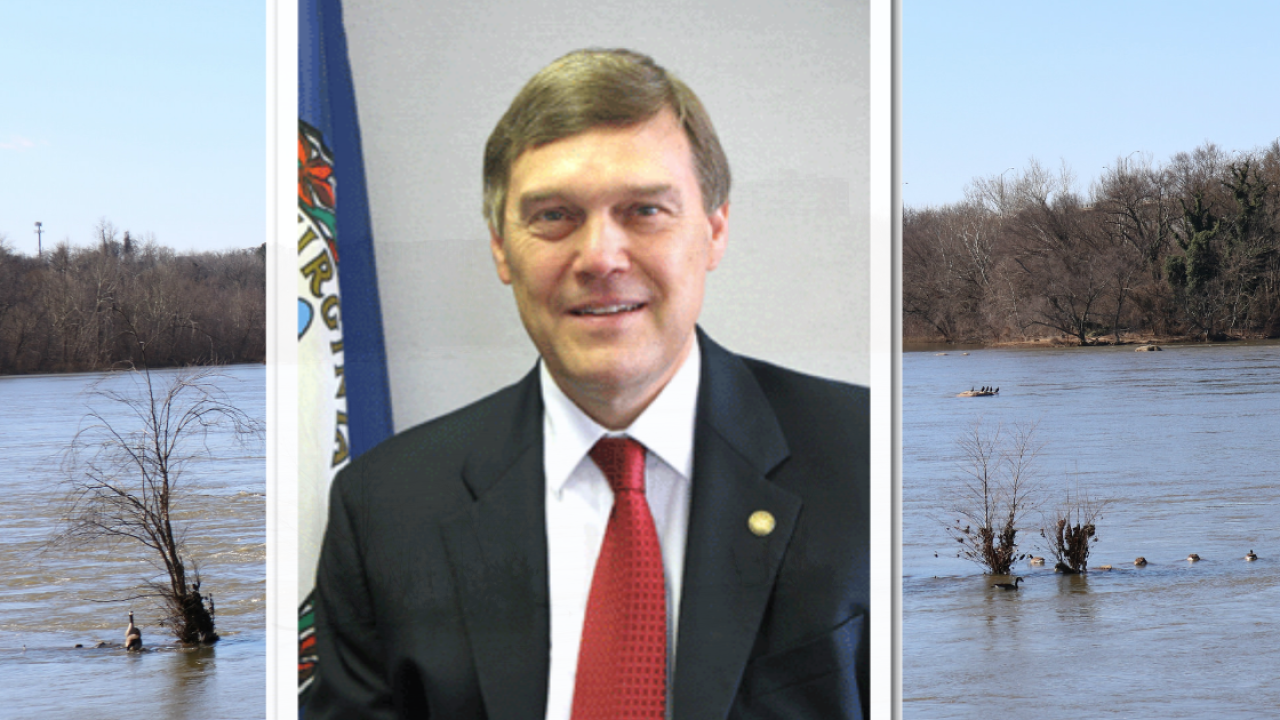 Director of the Virginia Department of Environmental Quality, David Paylor, accepted gifts from Dominion in 2013, including a trip to the Masters golf tournament in Georgia.

RICHMOND – The water might soon drain from Dominion Virginia Power’s coal ash ponds, but the plot of an ongoing public debate has thickened. Documents brought to light this week show that the director of the Virginia Department of Environmental Quality, David Paylor, accepted gifts from Dominion in 2013, including a trip to the Masters golf tournament in Georgia.

WAMU, a public radio station in Washington, reported Monday that Dominion paid for Paylor to attend the Masters Tournament on April 13-14, 2013, in Augusta, Ga. On his financial disclosure statement filed with the secretary of the commonwealth, Paylor estimated the trip’s value at $2,370.

Dominion also paid for a $1,200 dinner for Paylor and nine other people at O’Tooles Irish Pub in Augusta on April 13, 2013, WAMU reported.

Data from the nonpartisan Virginia Public Access Project confirmed that Dominion reported providing gifts to Paylor in 2013. Dominion reported spending $4,492 for Paylor and Del. Barry Knight, R-Virginia Beach, to attend the Masters. Both men also were at the dinner at O’Tooles. The cost of the dinner was $1,236, Dominion’s gift disclosure said.

Armed with this new information, environmental activists are demanding action against what they perceive as a problematic relationship between Dominion and Virginia government.

The activists want the state to revoke permits that Paylor’s agency granted to Dominion to drain treated wastewater from the utility’s coal ash pits in Fluvanna and Prince William counties into the James and Potomac rivers. Environmental groups also are calling for an investigation into the release of untreated coal ash water into Quantico Creek last spring.

“For months, Paylor misinformed the public about Dominion’s secretive and potentially illegal dumping of nearly 30 million gallons of untreated coal ash wastewater into Quantico Creek, a tributary of the Potomac River, in May 2015,” the Chesapeake Climate Action Network alleged.

Coal ash is the residue left over from burning coal. It is commonly stored in retaining ponds on site of coal-fueled power plants. Potentially toxic concentrations of heavy metals inherent to coal ash include arsenic and mercury.

“Dominion’s influence over Virginia’s General Assembly has been apparent for years, but now it appears to extend to the same regulators entrusted to police the company’s pollution,” said Mike Tidwell, director of the Chesapeake Climate Action Network. “David Paylor vacationed on Dominion’s dime while he was simultaneously entrusted with protecting the public from Dominion’s pollution. This is a stunning conflict of interest.”

Paylor and the DEQ have declined to comment specifically on the WAMU story. However, the agency referred Capital News Service to a statement DEQ released last week after two lawsuits challenging the management of coal ash wastewater in Virginia were settled.

“The people who work at DEQ take their environmental stewardship obligations seriously, and recent accusations against DEQ’s integrity are baseless,” Paylor said in the statement.

“The quality of Virginia’s rivers and streams has improved dramatically over the years. DEQ will continue to write and enforce permits that protect Virginia’s environment in the consistent, thorough and responsible manner that Virginians deserve.”

DEQ and Dominion officials maintain that the company’s plan for treating and releasing the water in the coal ash ponds is environmentally sound.

“DEQ is pleased that Dominion has voluntarily agreed to go beyond federal and state regulatory requirements to further enhance protections for Virginia waters,” Paylor said in last week’s statement.

“DEQ has full confidence that its discharge permits fully protect water quality, aquatic life and human health. The permits issued for Dominion’s Bremo and Possum Point power stations, like thousands of similar permits DEQ has written in the past four decades, meet strict federal and state requirements for water quality.”

Despite such assurances, environmental activists questioned the ethics of Paylor’s acceptance of the gifts.

The Virginia Student Environmental Coalition also criticized the relationship between Paylor and Dominion.

“A majority of communities, ourselves included, who organize against these environmental injustices do not have the political or monetary power to send politicians to the Masters, or pick up their bar tabs,” said Laura Cross, a student at the University of Virginia.

Last week, 35 members of the coalition occupied the lobby of the Department of Environmental Quality in downtown Richmond for three hours, demanding a meeting with Paylor. Cross and 16 other students were arrested.

In 2014, the General Assembly passed an ethics reform bill that limited gifts for public officials to $100. The law apparently would have prohibited the size of the gifts Paylor received from Dominion in 2013.

“Politics is not a spectator sport,” David Botkins, a spokesman for Dominion, told WAMU, which is based at American University. “Our employees and our company participate in [it] just like every other industry, business, nonprofit and organization out there. That’s how democracy works.” He added that “Folks who lose on the policy side will tend to throw rocks at us because of the political contribution issue. I think it’s unfair.”

Since 2005, Dominion has contributed about $7 million to political parties, candidates, and political action committees in Virginia, according to the Virginia Public Access Project. The week before the 2016 legislative session began on Jan. 13, Dominion contributed $105,000 to Virginia political party committees – $55,000 to Republicans, $50,000 to Democrats.

During the session, which ended last week, Sen. Scott A. Surovell, D-Fairfax, introduced a bill to require coal ash to be excavated and moved off site to landfills away from major water sources.The measure, Senate Bill 537, died in the Senate Agriculture, Conservation and Natural Resources Committee. The vote was 7-7 vote, with Sen. Rosalyn Dance, D-Petersburg, abstaining.

According to the Virginia Public Access Project, Dance has received about $23,000 in campaign contributions from Dominion during her 12 years in the General Assembly.

In January, the State Water Control Board, part of the Virginia Department of Environmental Quality, approved permits for Dominion to begin draining millions of gallons of treated water from coal ash ponds in Fluvanna and Prince William counties.

After the board approved Dominion’s permits, environmental groups such as the James River Association and Potomac Riverkeepers continued to protest. Represented by the Southern Environmental Law Center, these groups planned to appeal the permits for the “dewatering” of coal ash ponds at the Bremo Bluff and Possum Point stations.

Last week, the James River Association agreed not to appeal the Bremo permit after receiving assurances from Dominion that the utility will take extra steps to ensure that wastewater will contain little if any heavy metals or other hazardous chemicals. In 2015, the association received a $50,000 environmental grant from Dominion.