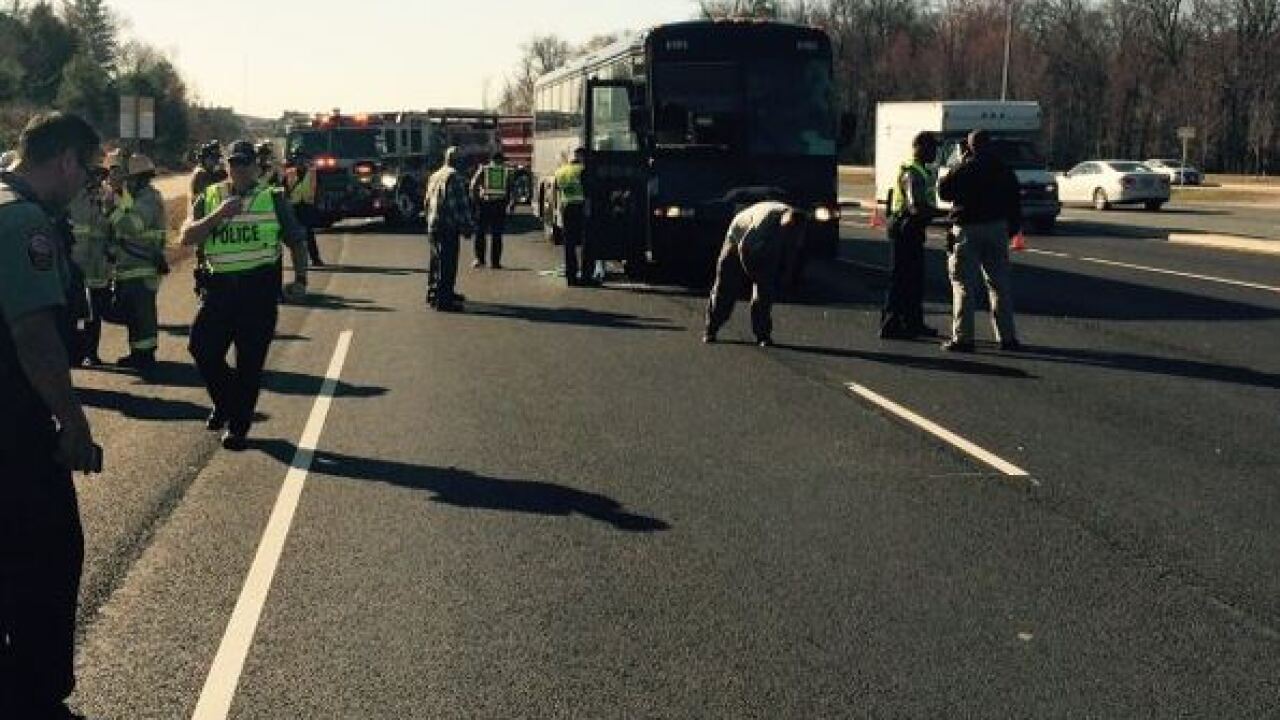 FAIRFAX COUNTY, Va. — A Greyhound bus heading to Richmond was involved in a bus crash in Fairfax County Wednesday morning. The accident happened after the bus collided with a truck around 7:45 a.m. along Route 123 and Hooes Road in Lorton.

A total of 12 people were injured after the crash, seven of which were bus passengers. All are in stable condition with injuries that are not life-threatening, according to a Fairfax County police spokesman.

The bus, carrying 28 passengers, was headed to Richmond from New York, a Greyhound spokeswoman told the Washington Post.

The remaining passengers were taken to South Run Recreational Center for alternate transportation.

Police said their initial investigation reveals that the bus rear-ended a pickup truck. No other information on the incident was given at this time.