Officials looking for suspect who shot goose with arrow in Chesterfield

CHESTERFIELD COUNTY, Va. -- Chesterfield County officials are looking for someone who shot a Canada goose with an arrow in Midlothian. Investigators believe the goose was shot near Waterford Lake Drive and Charter Colony Parkway. The time-frame of the shooting is unclear.

Melissa Stanley with the Richmond Wildlife Center said the bird is fortunate it wasn't shot in a vital part of the body, but also said the goose’s recovery will be an uphill climb.

“The bird is pretty sick because of the length of time the arrow was in the bird and he's been walking in and out of that pond and swimming so that allows infection to start," she said.

Stanley said the goose is pretty sick with an infection, which has also called a loss of appetite and some loss of weight. 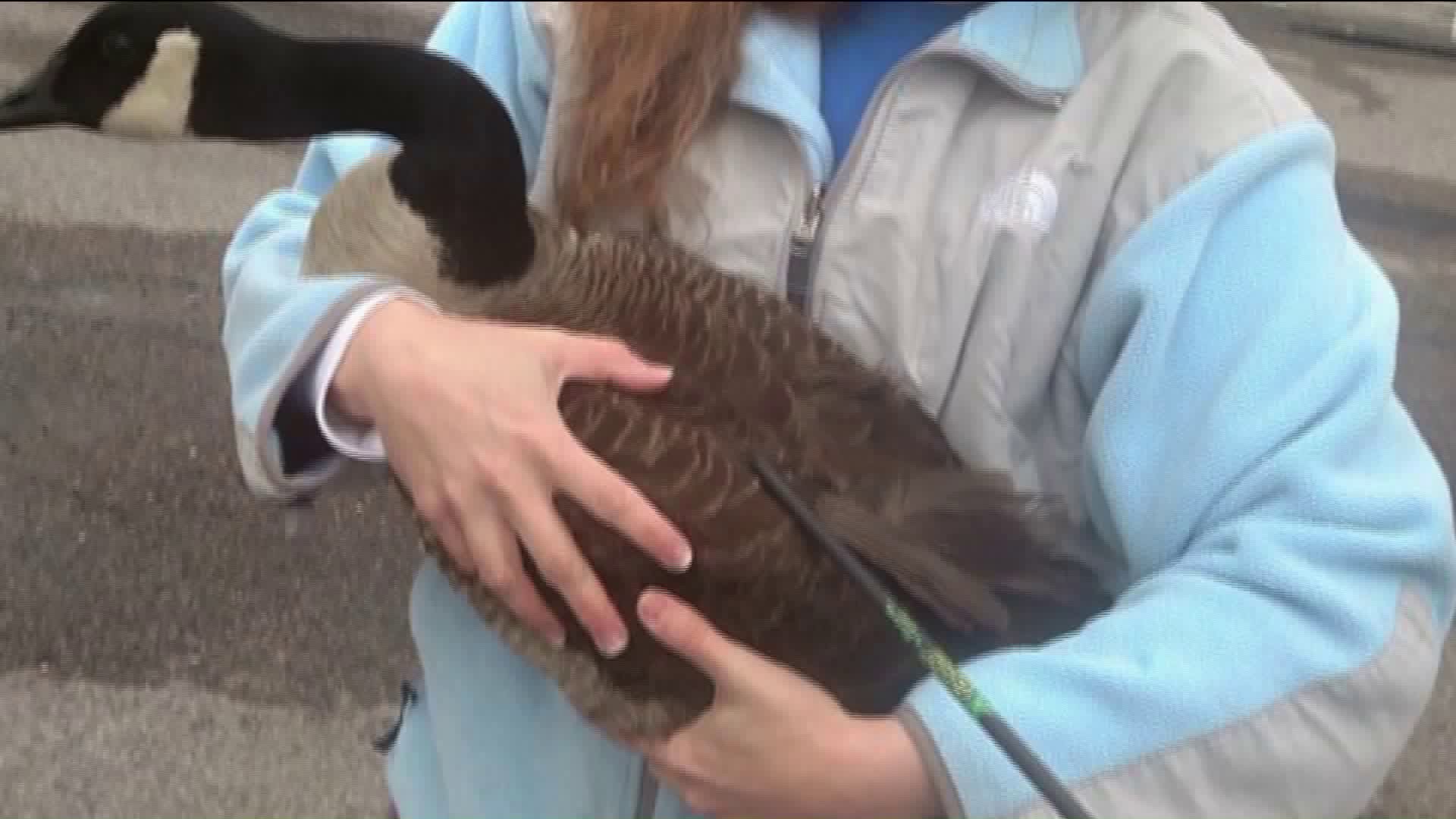 “He are very hopeful that we fill have a positive outcome for this goose, the most critical phase will come in the upcoming weeks when we test it’s flight ability,” said Stanley.

Although the arrow found inside the goose is used for hunting, investigators and the Richmond Wildlife Center don't believe a hunter shot the goose.

If you witnessed the goose being shot or have information about the incident, call Chesterfield Animal Services at 804-748-1683.