RICHMOND, Va. -- Inspired by CBS 6 Gives, a local business reached out to CBS 6 to find help for a veteran and single dad, whose car was stolen and completely destroyed.

Police say a group of teenagers took Leonard Martin's SUV from a 7-11 on Jeff Davis Highway Monday night. Martin had just stopped in to grab a snack for his son, and it was gone.

The SUV was recovered the same night in a nearby neighborhood with its windows, head lights, and frame busted. Martin’s SUV was now shattered metal and glass.

The car was a lifeline for the disabled veteran and single father who suffers from PTSD. He and his 11-year-old son are both in school and a method of transportation is vital.

Martin said this couldn’t have come at a worst time, but he hasn’t given up hope.

“Why would they even do this?” Martin asked. 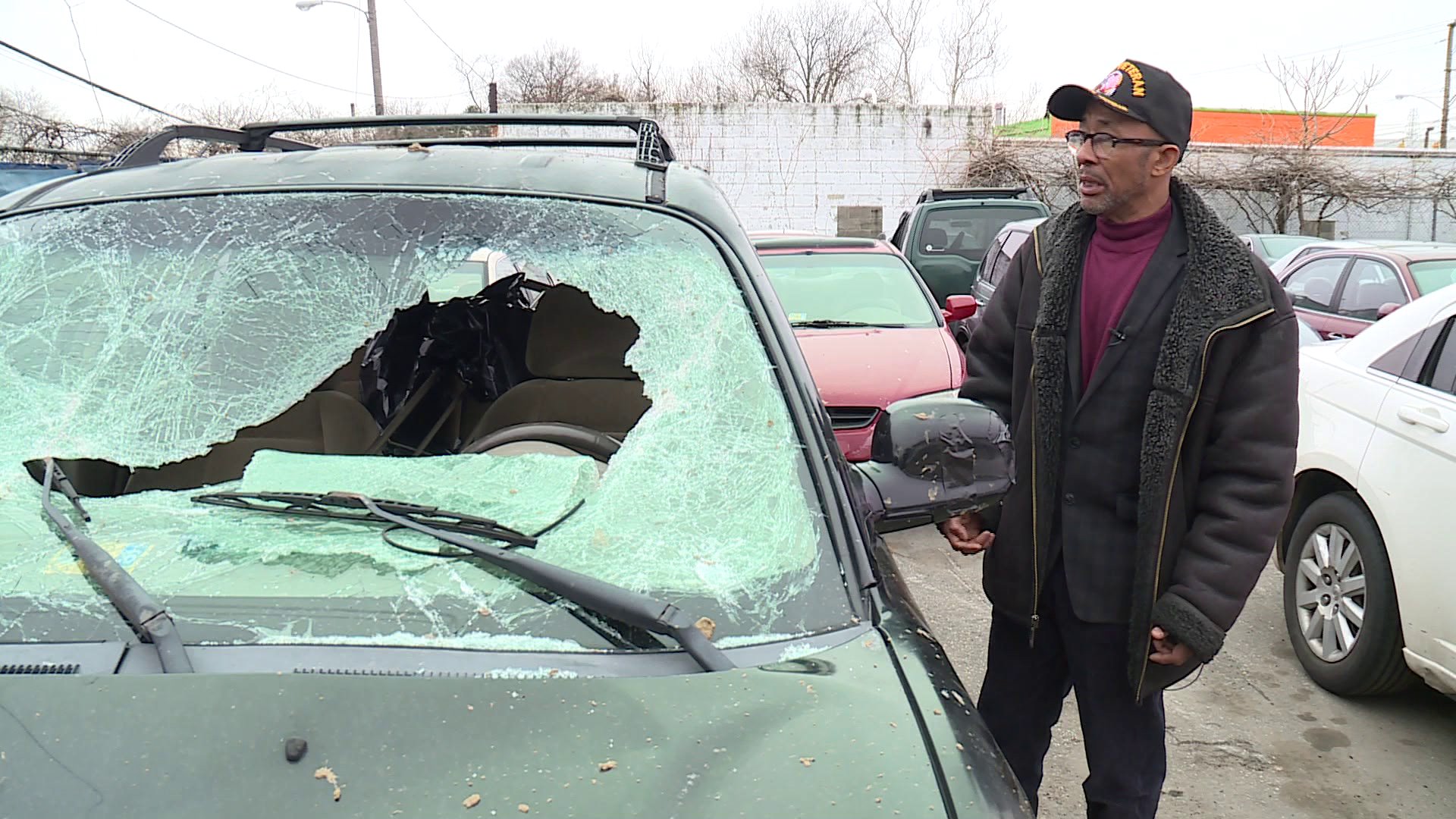 Martin has a lot of unanswered questions and then there’s the heartbreak of the situation.

“I ask the Lord for the peace that surpasses no understanding and that’s all I can do is just rely on him,” he said.

That’s when everything changed.

"We got a surprise for you buddy," said Warden. "Yes," replied Martin. "We got you a car," said Warden as he gave Martin a set of keys.

"What?!?!" Martin replied in confusion.

"Yes sir, we got you a car. I'm sorry for your heartache. I know what you've been through," Warden replied to him.

Warren said he felt like he had to do something to help Martin out, "It makes no sense for somebody to beat up a car like that."

“I’m glad we made his day," said Neuberger.

Leonard Martin takes a seat in his new car

The two men’s act of kindness was strong enough to turn a sorrowful situation into pure joy.

“I’m going to stay believing in Jesus and believing there is some good left in this world,” Martin said.

Police are still looking for the group of teenagers responsible for stealing and destroying Martin’s SUV, if you have any information about what happened call Richmond Police or Crime Stoppers at 780-1000.