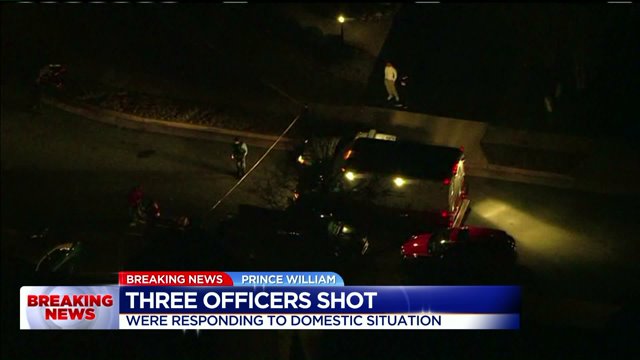 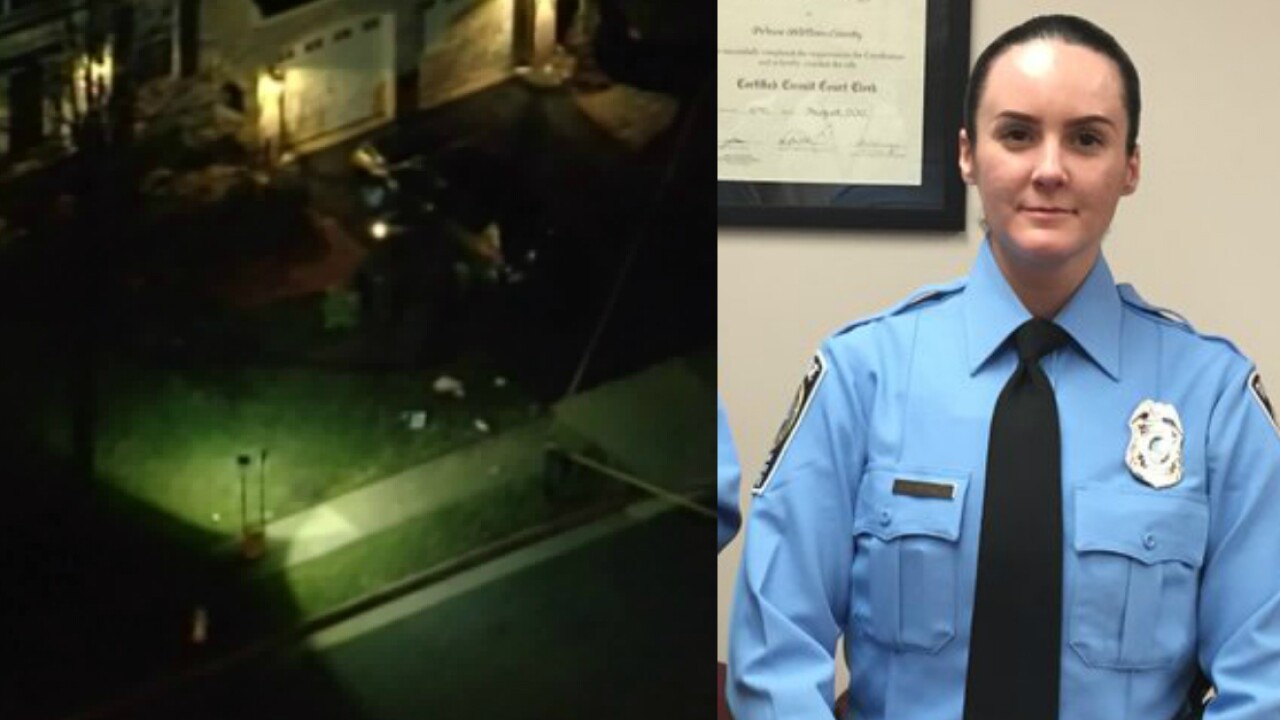 "It is with profound sadness that we announce that Prince William County Police Officer Ashley Guindon, one of the officers involved in this evening shooting on Lashmere Ct, has died as a result of her injuries sustained during the incident," officials posted on the agency's Facebook page. "The investigation into the shooting is still underway and the remaining two officers wounded during the encounter are continuing to be treated for their injuries."

The shooting happened in the 13000 Lashmere Court in Woodbridge.

WUSA reports the three officers were shot as well as the suspect's wife.

One neighbors told WUSA she heard an officer yell, "come out with your hands up." Then she heard gunshots and saw the officers go down.

The shooting suspect is in custody.

A day before the shooting, the department tweeted a photo of Guindon after her swearing in. Guindon had been an officer before but took some time off, officials said.

Watch CBS 6 News at 11 p.m. and stay with WTVR.com for updates on this developing story.

Shooting that left three officers injured occurred in the home with the upstairs light on. @wusa9 pic.twitter.com/iWzxOtflw6

#BREAKING: #PrinceWilliam police say they have someone in custody in #DaleCity domestic incident that left 3 cops shot @wusa9

#BREAKING: Neighbor near #DaleCity domestic where 3 cops were shot says she heard cop yell, "come out with your hands up" @wusa9

#BREAKING: Just talked to a neighbor on street of Dale City domestic dispute - she says she heard gunshots and saw cops down @wusa9

#BREAKING: what we have confirmed RIGHT NOW abt #DaleCity shooting @wusa9 pic.twitter.com/b6RaCpkxYR

We ask for everyone’s thoughts and prayers as our department deals with this tragic loss. We also ask for continued patience as we learn more about this incident.

Further information will be released when available.