ESSEX COUNTY, Va. -- A Tappahannock family who lost everything in Wednesday’s EF-3 tornado is getting some much needed help from the patriarch’s coworkers.

Kevin Swann’s Mount Landing Road two-story home was among dozens of homes in Essex County that were leveled to the ground. Swann’s family lost everything in the storm, but the clothes on their backs.

Since the tornado, Swann’s coworkers at Capital One have raised over $24,000 through a GoFundMe page to help get the family back on their feet.

“I’ve cried a hundred times since it happened,” Swann said. “People I’ve never met before are offering their assistance, money, support, and prayers. I’m not worthy.”

Swann described the aftermath of the tornado as his worst nightmare.

Members of his church and even some strangers were digging through the rubble Saturday trying to salvage whatever they could.

“From what I’ve witnessed so far, there`s no doubt in my mind people do whatever they can to help us,” Swann said.

Relief crews have been able to find Rachel Swann’s one-year engagement ring that was flung yards from the home. Some family pictures were also saved.

But she said she’s lucky everyone is alive.

“We are still here. It’s divine intervention. There is a God.”

The EF-3 tornado, with speeds of 140 mph, completely destroyed at least 40 homes in the region. While no one was killed during the tornado, at least 25 people were injured.

Swann’s coworkers have set up a GoFundMe page for the family for folks who want to help. 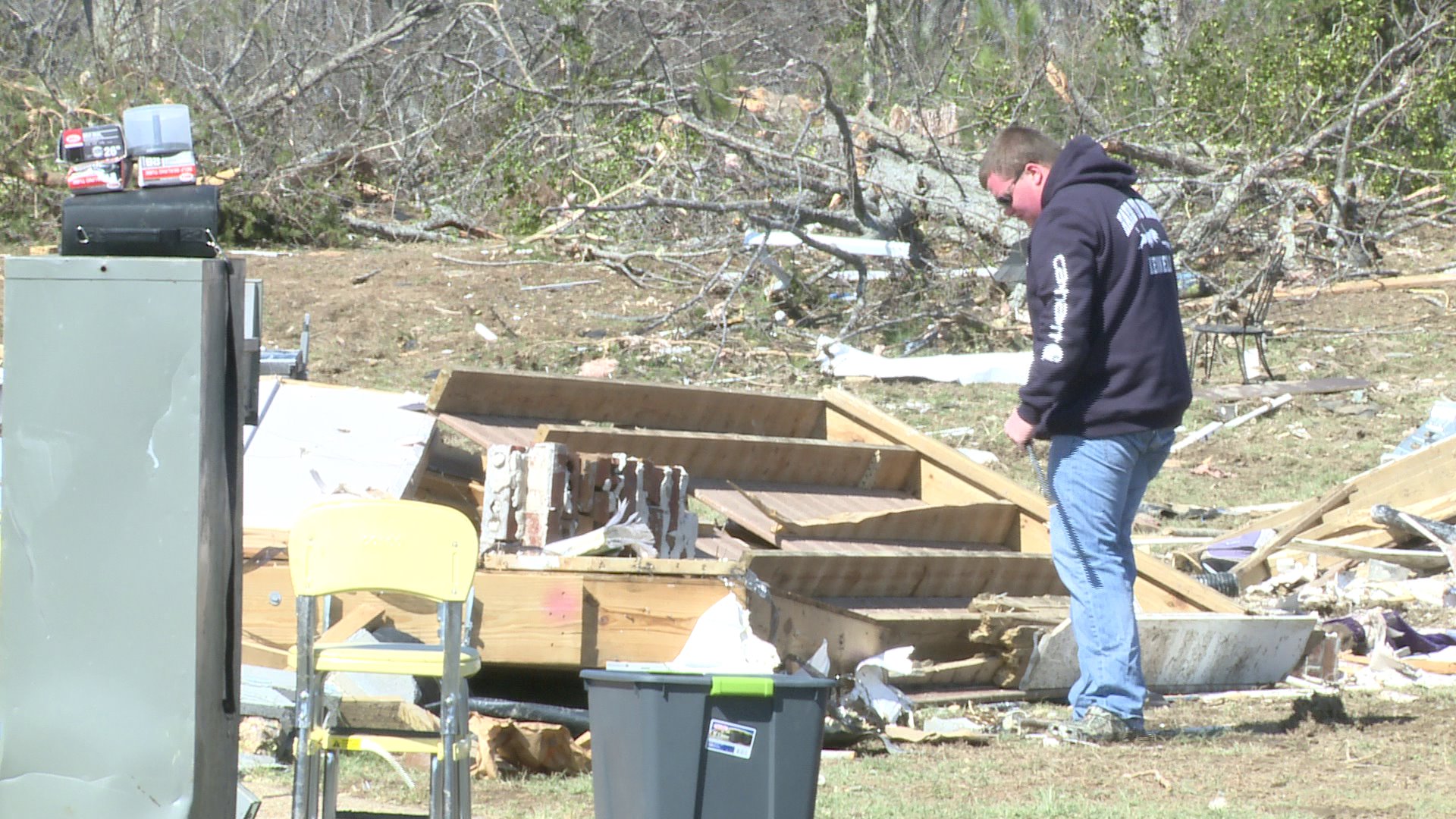