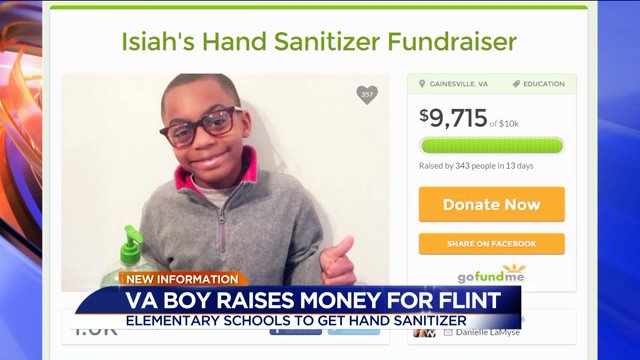 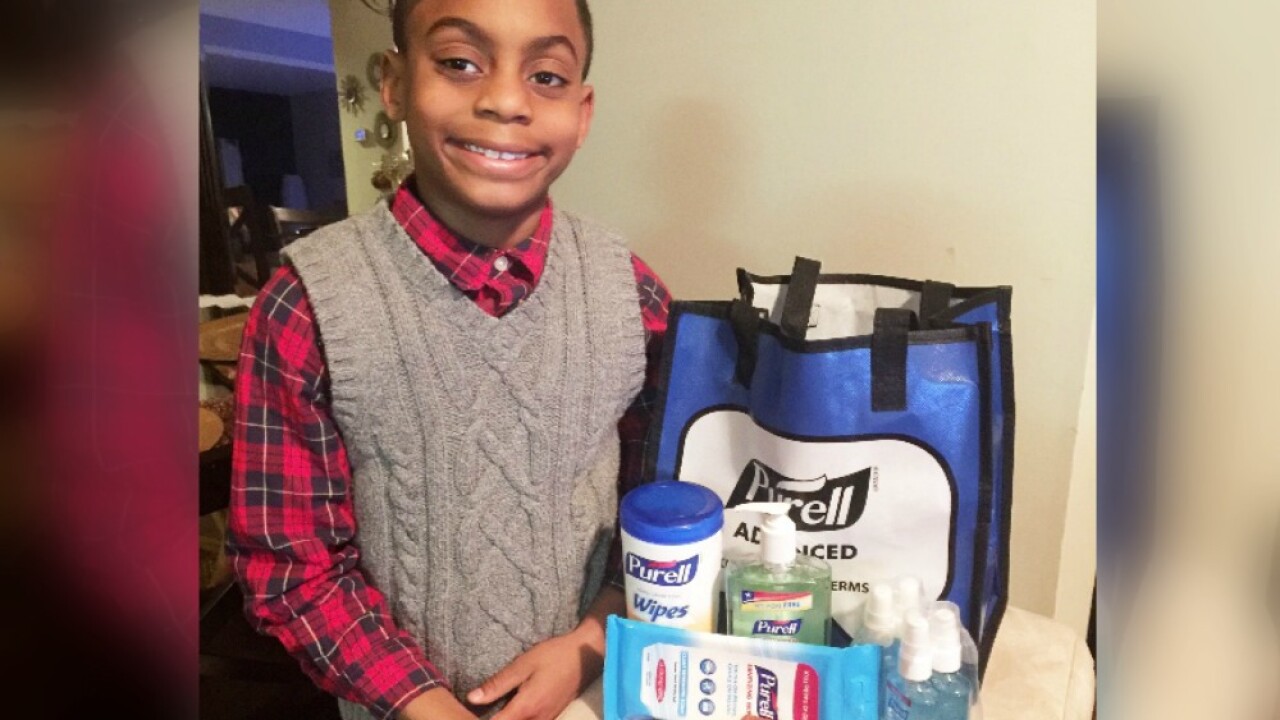 PRINCE WILLIAM COUNTY, Va. -- When a seven-year-old Virginia boy learned about the water crisis in Flint, Michigan, he knew he had to do something to help.

With the help of his parents and a Flint elementary school, the boy from Prince William County came up with a big idea.

Isiah Britt’s parents contacted the principal at Eisenhower Elementary in Flint, who said students there were afraid to wash their hands.

The Britt’s helped their son set up a GoFundMe page to raise money for his idea. Isiah wrote in part:

“I want to help the students at Eisenhower Elementary School in Flint Michigan. They have a lot of water bottles from big companies but they still can't wash their hands at school. So I am going to raise money to buy hand sanitizer for their school. $500 will help buy 20 cases of hand sanitizer (one case for each classroom).”

So far, Isiah has helped raise just under $10,000 in two weeks. That is enough for all 12 elementary schools in Flint.

The second grader's impact on the Flint community has been huge, but he said he’s happy he could find a way to make a difference.

"That was the best day of my life, trying to help a different school. It doesn't matter if you're small. It doesn't mean you can't do big things,” Isiah said.

Isiah's parents said once they have enough for the schools, their next step is to help daycares or women's shelters in Flint.

“I was so excited for what I’d done to try and make the world a better place,” Isiah told the Washington Post. “I know it can be a better place.”