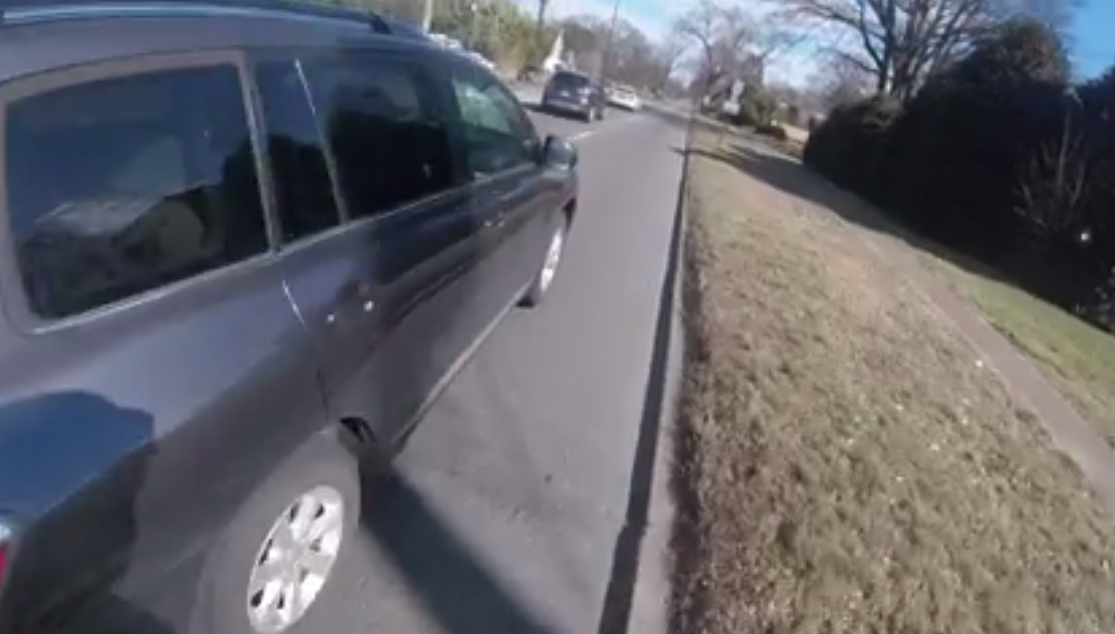 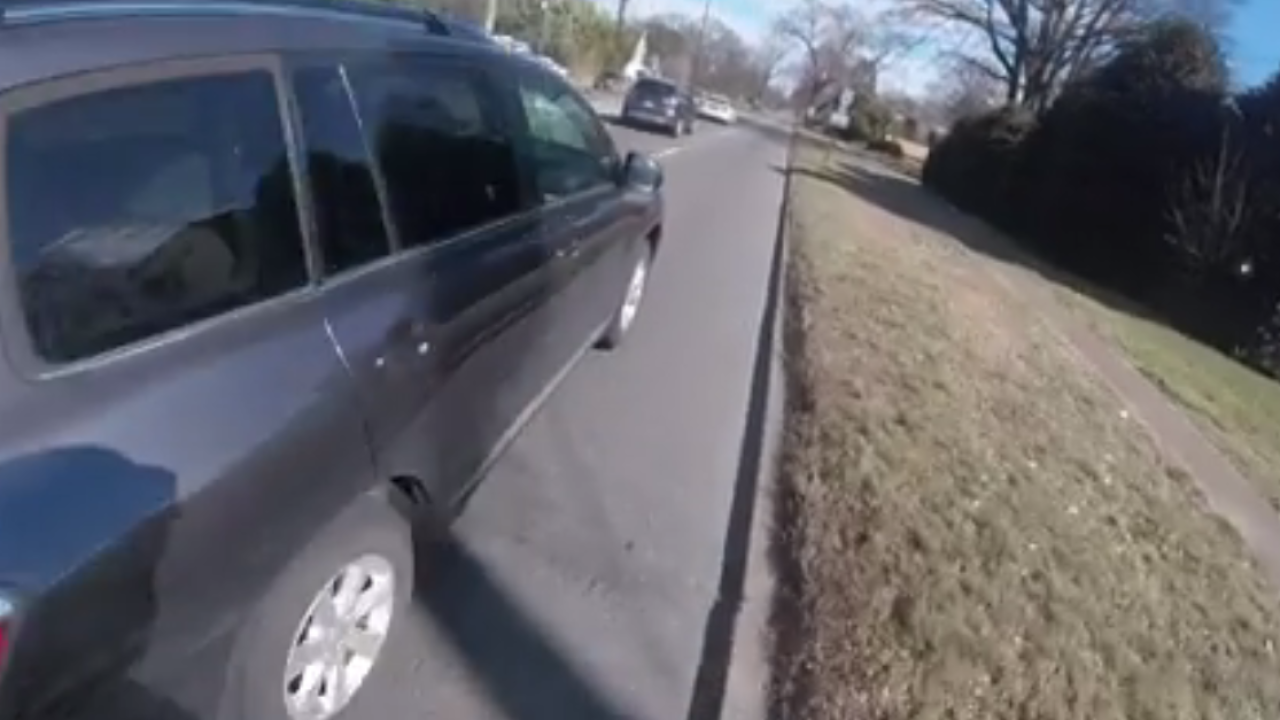 He commutes almost daily from downtown to Midlothian — a 17-mile one-way trip — and mostly, he said, drivers are cautious and respectful of cyclists.

Parte was cycling east down Laburnum — with his helmet cam on –around 2 p.m. on Feb. 13, when he had an extremely close call with a driver.

In the video he shared online, Parte waited for a red light at the Chamberlayne intersection. He proceeded forward when it turned green, and just as he passed through the light, a vehicle also traveled across the intersection, and narrowly slid past Parte.

Please note that there is brief, strong language in the video.

The vehicle's driver appears to be in direct violation of state law, amended in 2014, which requires that bicyclists be passed, to the left, by a three-foot margin. Code also requires the driver maintain that distance until they safely pass the bicyclist.

Parte shared the video and license plate number with Richmond Police, on their Facebook page, on Feb. 14.

Capt. Will Smith said police have assigned the incident to an officer, who is actively investigating the situation.

“We will be attempting to ticket the driver, however, there are factors that may preclude our ability to do so, namely the ability to clearly identify the driver,” Smith said.

Parte was not injured in the incident.

The vehicle comes in closer than the required three feet.

“I never had any problem with car drivers,” he said, and added that he spent about 286 hours on a bike last year. “The vast majority of car drivers are extremely cautious with cyclist and respectful.”

DMV Commissioner Rick Holcomb previously told a CBS 6 reporter that he believes the three feet of room will make a difference. Holcomb said that law enforcement officers are being trained to properly identify what exactly three feet looks like in a situation that involves a bike and car.

The law, sponsored by Senator Bryce Reeves, was the result of years of lobbying by advocates like the Virginia Bicycling Federation.

“Motorists need to be aware that they must share the road with cyclists,” Cpt. Smith said.  “Richmond has taken great strides in improving the infrastructure that supports cyclists and cycling in a city the size of Richmond is an efficient, enjoyable and healthy way to commute, exercise and view the City.”

He said the video is an example of “how not to pass a cyclist.”

These types of referrals are not common, Smith said, but are growing in number because more people are utilizing technology, like the helmet cam worn by Parte.

“Catching a violation and referring the incident to the Police via Facebook (in this case) or via twitter or other social media platforms is something that the Police Department is equipped and prepared to handle,” Smith said. “The Richmond Police Department is on the leading edge of using social media platforms to provide information and interaction with citizens and we welcome the increased use.”

He said that the police don’t have exact numbers for this specific violation, but his guess “is that it is not very often.”

State law maintains that cyclists ride as close as safely practicable to the right curb or edge of the roadway, except in certain circumstances.

One cyclist pointed out on social media that state code 46.2-905 allows cyclists to travel in a different lane position if a lane too narrow for a bicycle. That cyclist suggested in certain, legal circumstances it is safer for a cyclist to control the lane.