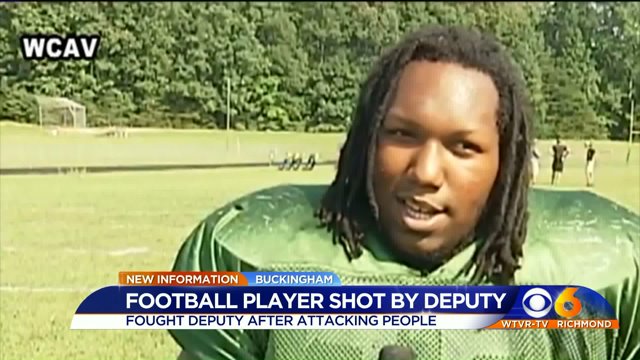 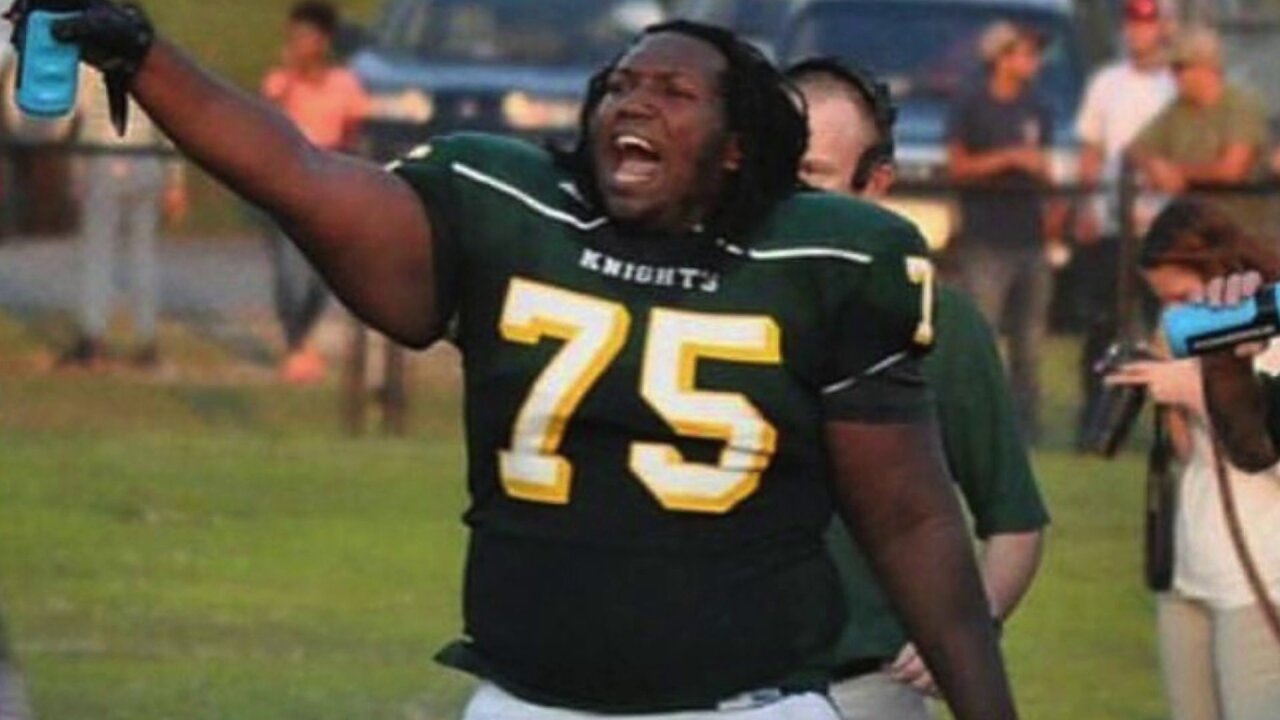 BUCKINGHAM COUNTY, Va. -- Some teammates of the 19-year-old high school football player shot and killed by a deputy in Buckingham County over the weekend are stunned about the allegations and believe something must have been terribly wrong with their friend.

"I got a weird feeling all over and thought that can't be true,” said Cameron Gent, Perkins’ teammate.

Virginia State Police said just before 1 p.m. Saturday afternoon troopers were called to the Solo Mart in Scottsville after employees said Perkins was going wild, knocking over shelves and products. Authorities also said he attacked an elderly couple who lives near the store.

According to state police, shortly after fleeing the store, two Buckingham County sheriff's deputies found Perkins at a home down a gravel drive on Penlan Road.

Investigators said the 19-year old jumped through a plate-glass window, knocked one of the deputies to the ground and starting fighting with him. That's when the deputies fired and state police said Perkins died at the scene.

"You know every time we go out on that field we say we're family,"Gent said. "That's what we are."

Gent said Perkins was a friend, a team leader and a genuinely good guy.

One of Perkins' coaches at Buckingham High said he was a hard worker on and off the field; even describing his former player as an example for his younger teammates.

The 19-year old made good grades and was planning on going to college, according to his family. In fact, they said he was hoping to play football at Virginia Union.

Family members, who are still trying to process exactly what happened, remembered Perkins as a "good kid" with a 3.0 GPA.

The series of alleged events makes the situation even more perplexing for Gent.

"He's not like that. That wasn't him," Gent said. "Something had to be wrong."

"It's really sad that this young man is gone, and we'll never know what his potential will be," said longtime Buckingham resident Angela Booker.  "I feel for the family, I feel for the Sheriff's department, I feel for the community."

A specialized unit of VSP investigators are in the process of reviewing the officer-involved shooting.  A state police spokeswoman said there is no timeline on when the VSP investigation will be complete.  The medical examiner's report will be a key part of that investigation and will include a toxicology report, the VSP spokesperson said.  Any findings will be turned over the Commonwealth's Attorney's Office in Buckingham County.

The medical examiner's report will be a key part of that investigation and will include a toxicology report, the VSP spokesperson said.  Any findings will be turned over the Commonwealth's Attorney's Office in Buckingham County.

One of the deputies who Perkins allegedly assaulted was transported to a local hospital and treated for minor injuries.  No one with the Buckingham Sheriff's Department was available to discuss the status of the deputies because of the holiday.