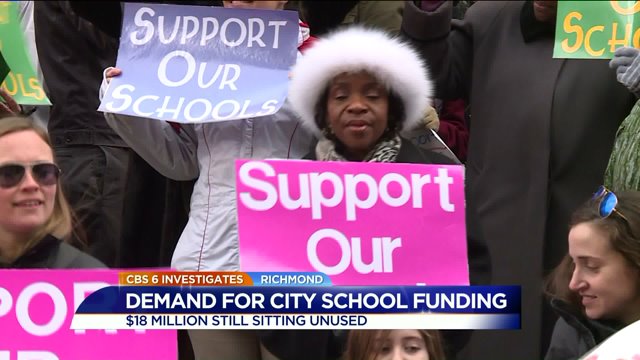 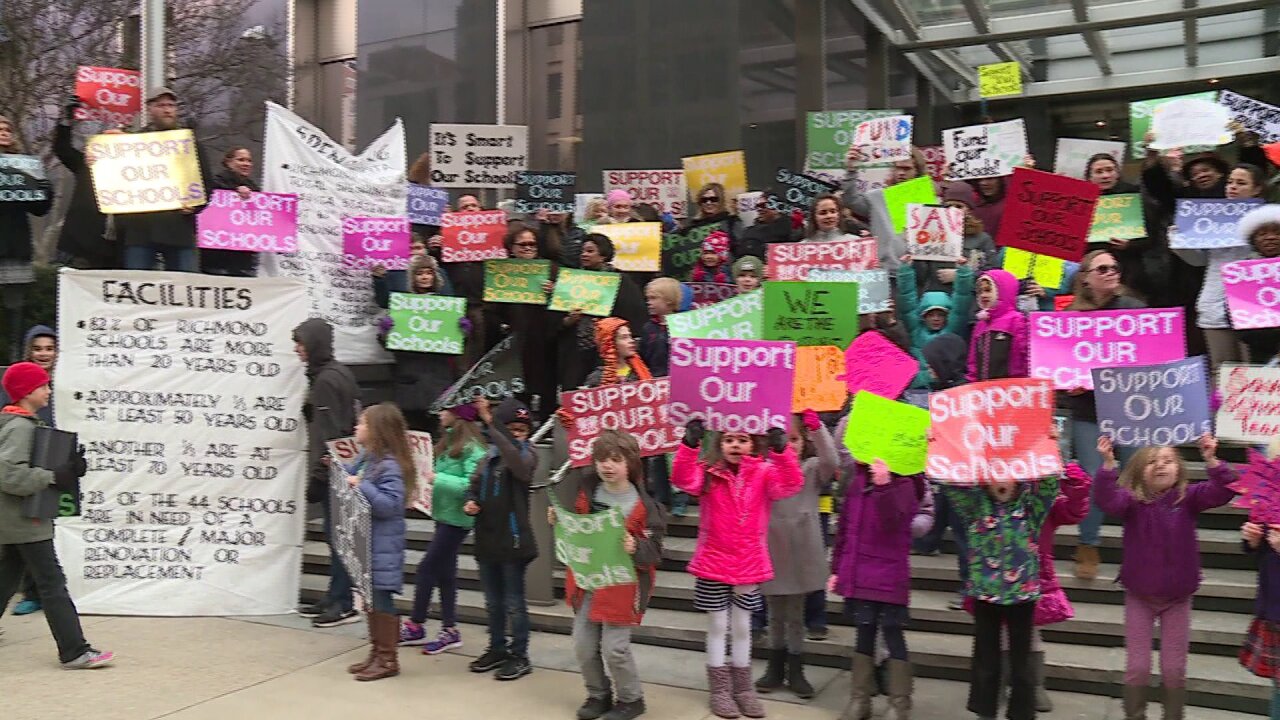 RICHMOND, Va. - Around 100 students and teachers gathered on the steps of Richmond's City Hall Wednesday. The group rallied to demand more funding for Richmond Public Schools.

"We want everyone to know that education affects everyone," said one teacher.

CBS 6 previously reported about some of the conditions inside Richmond schools, such as mold in the classrooms and falling ceiling tiles.

Those at the rally also asked for more money for teachers.

Around 100 students and teachers gathered on the steps of Richmond's City Hall Wednesday afternoon to demand more funding for Richmond Public Schools.

"There's a step salary scale and teachers have been frozen on that for nine years, so a new teacher is only making one or two thousand dollars less than a nine-year-veteran teacher," said Ramachandran.

Some school board members said the need for more funding is nothing new.

As CBS 6 reported last week, board members have been asking about the $18 million that had been set aside for Richmond Public Schools for Capital funds.

In a letter, Mayor Dwight Jones expressed concerns with how that money was to be spent, and board member Kim Gray said they still haven't gotten a dime.

"It's beyond frustrating," said Gray, "I think it's time that money is released and sent over to the schools."

In a statement, the Mayor's Press Secretary, Tammy Hawley said, "It is our understanding that the School Board is still in the process of transmitting their request to us. We have not yet received the notice of action nor subsequent request for funds."

Gray said the board decided on Monday how they would spend the money.

"It's not the ideal way, it's a band-aid for the issues we're facing," she said.

Still, teachers and students hoped the Mayor and City Council could work together with the school system to fix city schools.

"These are our children, this is our future," said Ramachandran

In a response to Wednesday's rally, Hawley also sent this statement via email:

RPS is presently the single largest funding category in our budget. Nevertheless, we hear RPS in that even more funding is needed. Bottom line, the money has got to come from somewhere. We laid out our options and we are going to explore how to approach those with Richmond City Council and with RPS; to include possibly a referendum for public vote on funding options.

Samuels said he wanted to work with administration and RPS on how to fully fund the schools while not cutting services to constituents.