COLONIAL HEIGHTS, Va. -- A Colonial Heights man returned home from the grocery store Sunday morning, and received a huge shock, when his Land Rover burst into flames, just after he brought his groceries into his home.

The incident happened around 11.33 Sunday morning in the 200 block of Prince Albert Avenue.

Thick black smoke from the fire filled Colonial Heights and could be seen from miles away. 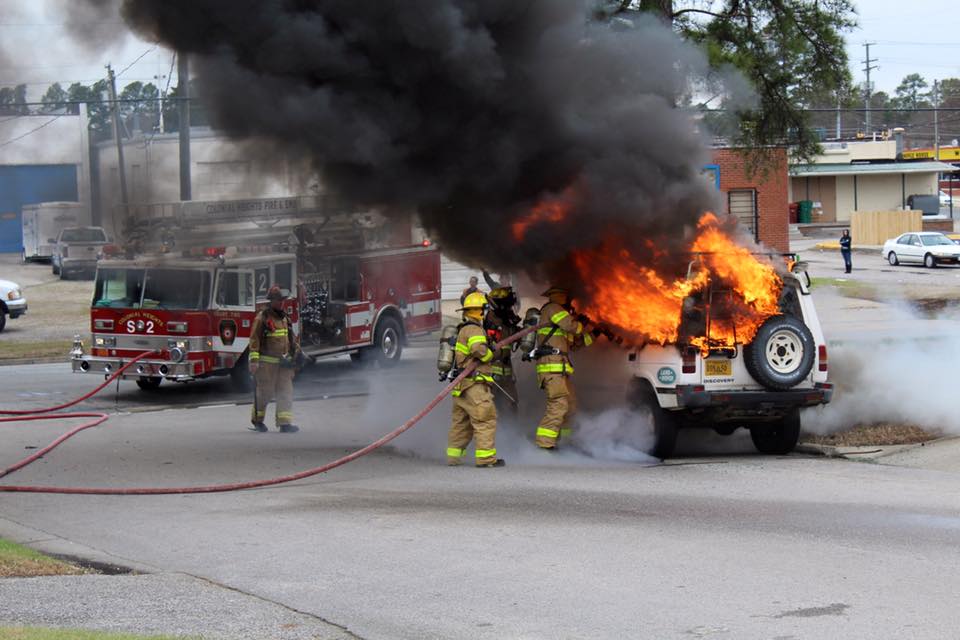 One neighbor told CBS 6 reporter Wayne Covil, she heard a loud pop and next thing she noticed, the Land Rover was on fire.

Crews battled the car blaze and were able to put out the fire. There were no injuries reported.

The cause of the fire is not known at this time.