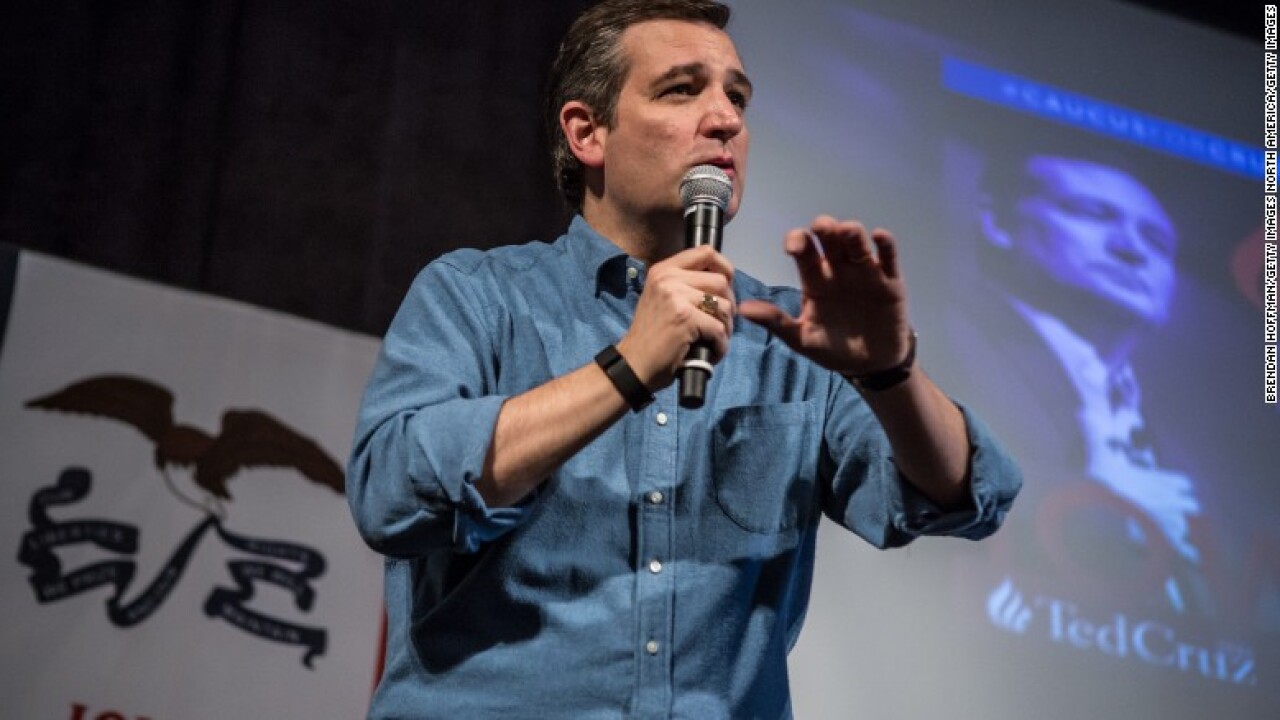 Warming up a large crowd for Cruz in Iowa City as Trump campaigned with evangelical leader Jerry Falwell Jr. in Council Bluffs, Robertson argued that the country’s moral core is collapsing.

The tirade against gay marriage played well in the room, but would likely raise red flags for voters who are weighing whether Cruz is the kind of GOP nominee who could attract swing voters. Robertson said Cruz was the only candidate who could restore the constitutional and biblical foundation of government.

“When a fellow like me looks at the landscape and sees the depravity, the perversion — redefining marriage and telling us that marriage is not between a man and a woman? Come on Iowa!” Robertson said.

“It is nonsense. It is evil. It’s wicked. It’s sinful,” he said to applause. “They want us to swallow it, you say. We have to run this bunch out of Washington, D.C. We have to rid the earth of them. Get them out of there.”

“Ted Cruz loves God, he loves James Madison and he’s a strict constitutionalist. You know what Ted Cruz understands,” Robertson said. “God raises these empires up. It is God who brings them down.”

Robertson, who has risen to fame as the patriarch on A&E’s “Duck Dynasty,” went on to say that America has a “spiritual problem” and said politicians in Washington should be replaced by “Godly” people who would “at least have God on their side.”

Cruz did not address Robertson’s remarks on gay marriage after taking the stage in Iowa City, but he praised Robertson and his “voice of truth.”

“How about Phil Robertson. What an extraordinary human being,” Cruz said. “I mean listen, God makes every one of us unique, but some are uniquer than others.”

“What a voice Phil has to speak out for the love of Jesus,” Cruz said. “What a joyful, cheerful, unapologetic voice of truth Phil Robertson is.”