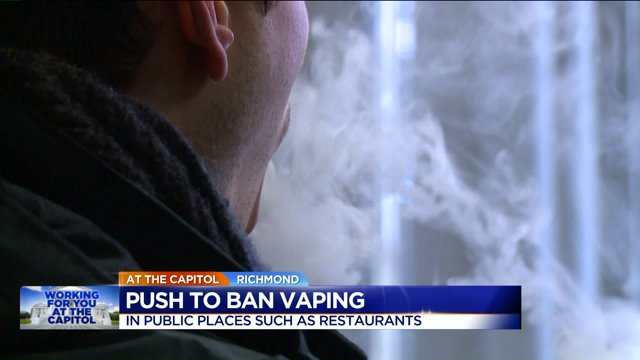 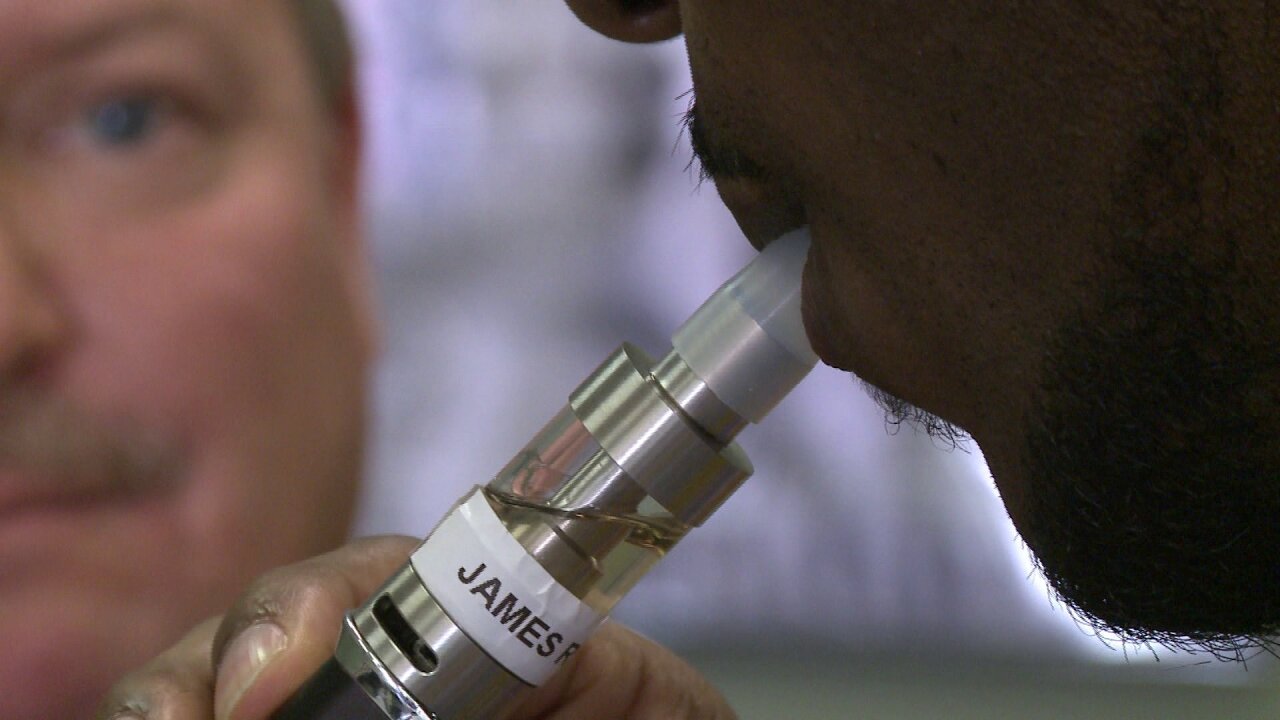 RICHMOND, Va. -- A bill under consideration by state lawmakers would  ban the use of vapor products, commonly referred to as e-cigarettes, inside restaurants and public buildings in Virginia.  In 2009, the Virginia Indoor Clean Air Act prohibited smoking inside restaurants, movie theaters, and other buildings.  A bill proposed by state senator John Miller (D-Newport News) would expand the definition of smoking to include vapor products.

Miller said he believes the "science is still out" on the products and that more research needs to be done on the health impact for users and those around them.

"We don't know if these e-cigarettes are safe or not, and I think we should air on the side of caution," he said.  Miller added that several constituents approached him after seeing others use e-cigarettes in restaurants and movie theaters.  They were confused about whether it was legal to do so, according to Miller.

The Food and Drug Administration (FDA) is in the process of studying the health impact of vapor products.  The FDA warns there could be potential health risks for users.  Still, an analysis of 81 studies by the Cleveland Clinic found that e-cigarettes are a healthier alternative to regular cigarettes and can help longtime smokers quit.

At MadVapes in Glen Allen, general manager Pete Richardson, who had smoked two packs of cigarettes a day for 25 years, said he completely quit smoking two weeks after switching to vapor products.  Richardson said those who have never used e-cigarettes have a lot of misconceptions about them.

"Don't automatically assume it's harmful, have knowledge behind it before you make a judgment," Richardson said, who pointed to a Drexel University study that found the vapors emitted by e-cigarettes pose no health risk to users.

Richardson said the bill aimed at banning vapor products inside public buildings is unnecessary because the majority of vapor users are respectful with how they use them in public.

"It is up to the vaping community to make a good name for the vaping industry,"  Richardson said.

Bandito's Lounge in the Museum District was one of the last restaurants in Richmond to go completely smoke free, and owner Sean McClain said they decided to prohibit vaping as well because it made some of their customers uncomfortable.

"It probably is healthier [than smoking], but it's not any less antagonizing to non-smokers next to you," said McClain.

Multiple restaurants throughout Richmond told WTVR CBS 6 they do not allow people to use vapor products inside their establishments.

SB 231 is currently in committee, so it is yet to be seen if it will become law.  Miller said he has gathered some support for the bill from his colleagues in the General Assembly.