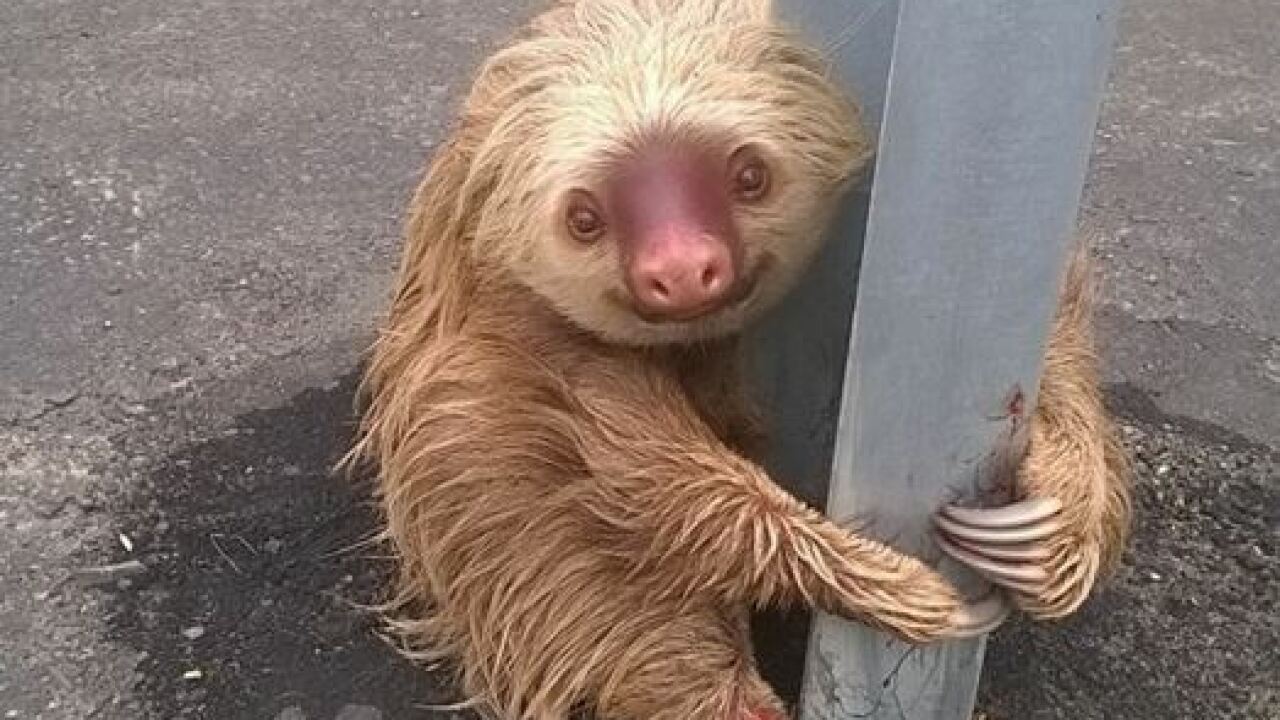 One little sloth in Ecuador quickly became a phenomenon around the world.

Thanks to social media, photos of a sloth clinging to a pole in the province of Los Rios, Ecuador, captured hearts with well over 800,000 likes and hundreds of shares of just one Facebook post (by CNN affiliate KTLA) about the sloth alone.

It was on Facebook that the Transit Commission of Ecuador first drew attention to the sloth, on Friday.

In the photos, the sloth — the world’s slowest creature — appears to be trying to cross the road. An officer with the Transit Commission rescued it.

Never fear, though: In an update, the commission commented that the sloth got checked out by a veterinarian after being rescued. They “determined that it was in optimal conditions to return to its habitat” (rough translation to English).

This also adds to the recent pop cultural boost for sloths, who were featured in a popular trailer for the upcoming Disney film “Zootopia.”