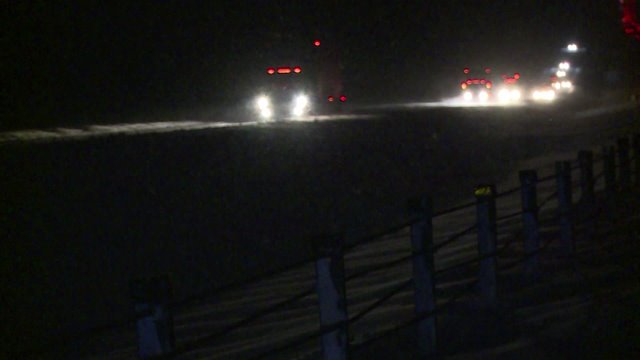 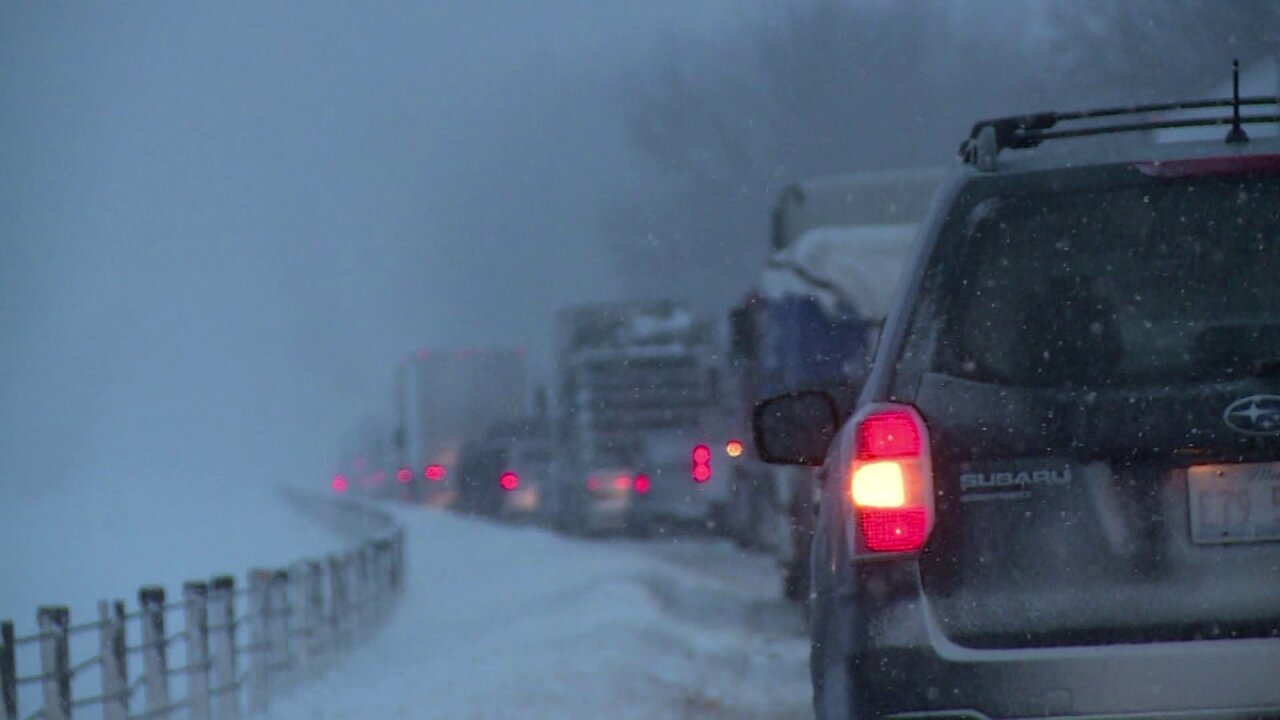 MADISON COUNTY, Kentucky -- When a Kentucky state trooper checked April Gilliam-Montesinos' stranded car on Interstate 75 overnight, he gave up his snack so her diabetic father could maintain his blood-sugar level.

It was a small comfort in a miserable situation: She and her family were among hundreds of motorists stuck for as many as 19 hours -- from Friday afternoon into Saturday morning -- along a hilly 35-mile stretch of I-75 in central Kentucky because of the snowstorm hitting the eastern United States.

Heavy snow and thick ice led to wrecks and otherwise impassable conditions in the Appalachian foothills from Berea south to London.

Gilliam-Montesinos said she braked her car to a halt at 1 p.m. Friday, with vehicles snaked ahead of and behind her. She, her father and her two daughters -- ages 4 and 14 -- huddled in the car overnight, with no food and water.

She used Twitter to ask state police for help.

"They sent an officer out here, but he didn't know what he was coming out here for, so he didn't bring anything with him," Gilliam-Montesinos said. "So he actually gave my dad his own snacks so my dad's blood sugar wouldn't drop."

The jam finally relented after 8 a.m. Saturday, she said, and the family drove off -- 19 hours after they first stopped.

Road crews had tried to keep the highway clear, but poor conditions apparently accumulated too quickly, she said.

"The vehicles are sitting on a solid sheet of ice," Wilson said Saturday morning.

'We've got no food or water'

Police could not say how many people were stranded, but images on social media showed a highway resembling a long parking lot.

In the unrelenting snow, Dani Garner sat stuck in her minivan on the highway for at least eight hours. Her husband, their three children ages 2, 3 and 14, and her mother-in-law were in the car.

"We've got no food or water," she told CNN early Saturday. Luckily, Garner and her family had gas in their tank and could run the heater.

"Honestly, if my van wasn't heated up I'd probably be boxed in with ice right now," she said.

Among those trapped was Caitlin Centner, a reporter for CNN affiliate WKYT.

She'd been on the highway since 5:30 p.m. Friday and had "not moved a single inch since," she told CNN early Saturday morning.

Centner said she could see more than 100 cars for about a half-mile ahead of her. People nearby are running out of gas, and many have been without food and water for a long time.

But by about 7 a.m., Saturday -- more than 13 hours after she became stuck -- they were able to drive. She posted video of traffic moving on Twitter.

Roads off I-75 also were treacherous, so at least two churches -- in the London and Berea areas -- opened their doors to those who could make it off the highway. State police and emergency management officials spread the word about the shelters on social media.

Gilliam-Montesinos said heat wasn't too much of a problem for her stranded family, because her vehicle had nearly a full tank of gas. She kept the engine off for stretches to preserve fuel, only restarting it when they became cold.

The traffic backup came as a huge winter storm hit the eastern U.S., leaving more than 150,000 customers without power in 13 states. More than 16 inches of snow fell in Jackson, a small city in the Appalachians about 40 miles east of Berea.

Conditions weren't going to be great Saturday: Sub-freezing temperatures and snow were expected in the area through Saturday afternoon.