Jon Burkett told viewers about a cherished childhood memory during one of his multiple live TV reports.

“For people that know me, you know I grew up in a humongous family,” Jon  said. “She’d call me every other name, except  my name. She’d be like, ‘Ben, Becky, Jesse, Sarah, Joel…’”

Jon said sometimes that anger was because he was begging his mom for a Slurpee – especially during winter weather.

And since his mother didn’t always cave in and buy him the popular 7-Eleven treat, he showed viewers how he to make a homemade variation using soda and fresh snow.

“I’d go outside and I'd grab me a cup. Take some right there. I got a Coke right here. Pour it in," Jon said. "You got a Coca Cola Slurpee."

“I hope my wife's not watching because she’ll get mad about the kidney stones,” he said. "This is good stuff."

Casey and Hayley Langford liked the idea so much they made their own "Snow Slurpee."

And once anchor Rob Desir had a break from his duties, he headed into the CBS 6 back yard to grab some snow. 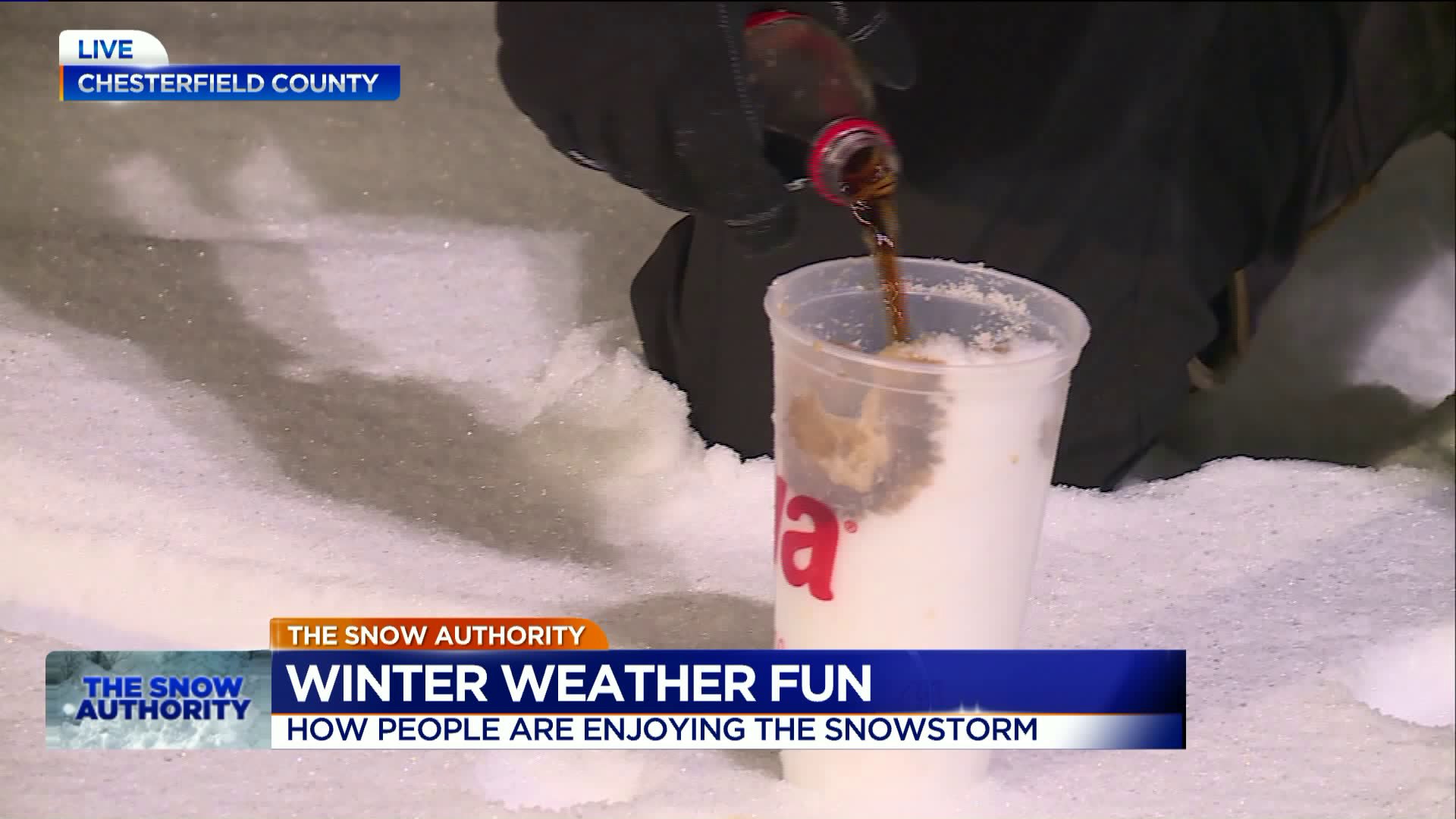