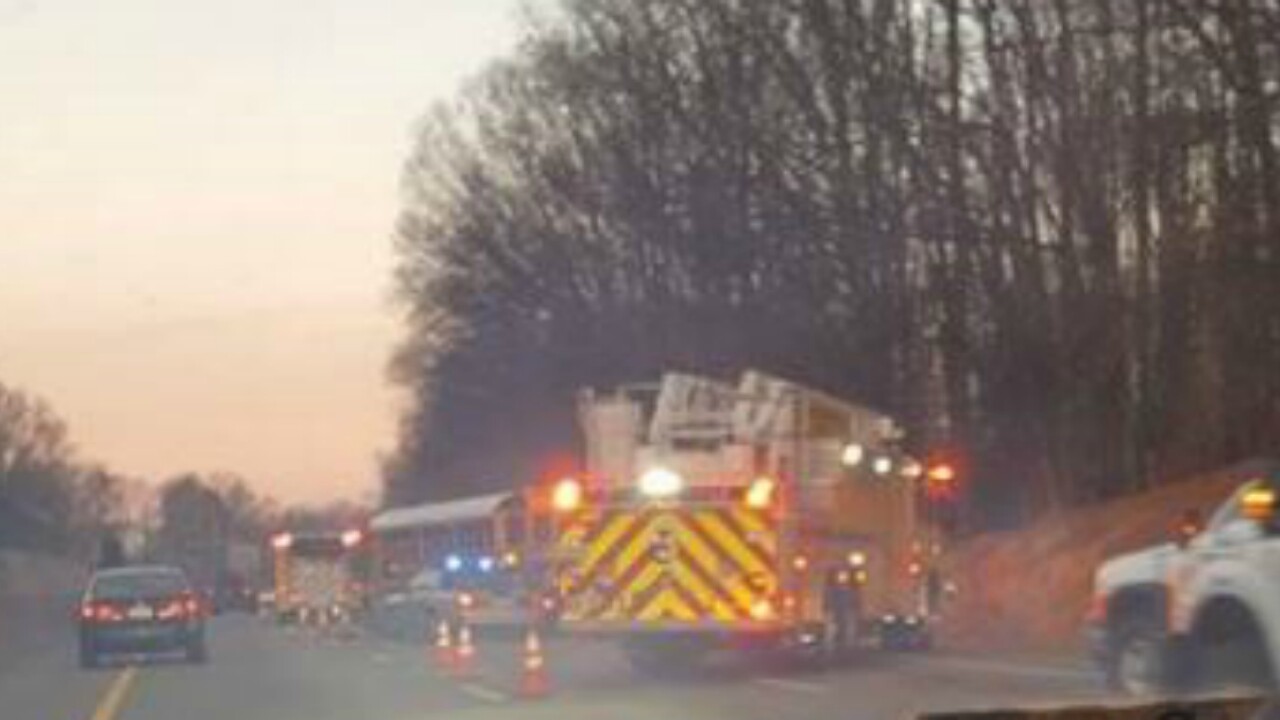 The driver of the Ford Windstar van, Chester A. Gabel, 53, of Chesterfield, died at the scene; he was not wearing a safety belt.  He was the only person in the minivan.

"I saw the school bus and then I saw the vehicle screech and slam into the back of the bus," witness Jennifer Jones said. "It must have been traveling at a really high speed. I looked down after I heard it hit and I was traveling about 50 miles per hour."

Jones, who said she had two children in her vehicle, was shaken by what she saw.

The accident happened at about 6:40 a.m. on Chippenham Parkway, near Hull Street/Route 360, in Chesterfield.

Two other people involved in the crashes were taken to the hospital with non-life threatening injuries. They all had their seatbelts on, police said.

The driver of the Chevrolet Impala, Wayne L. Booker, 60 of Richmond, was charged with "following too closely."

The right and center lanes of Chippenham Parkway north were closed near Hull Street/Route 360 due to the crash.