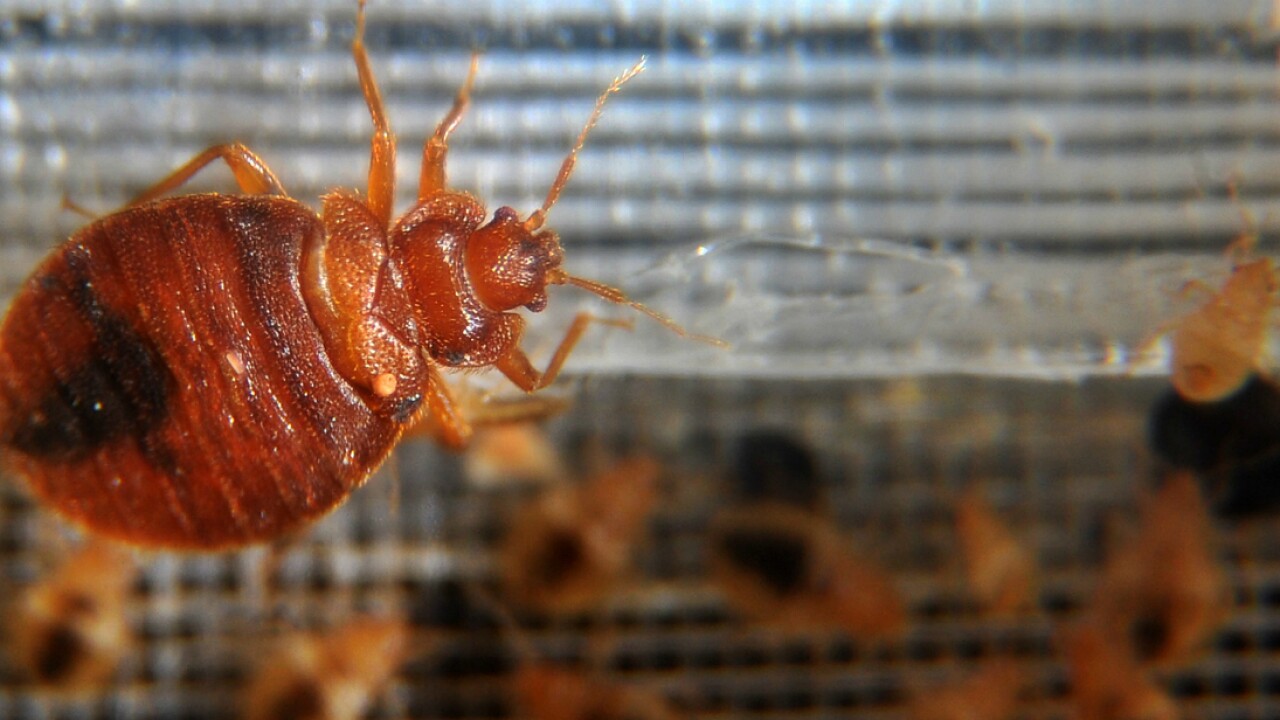 RICHMOND, Va. — The stats are in and they are itchy. The Richmond area ranked as the country’s 9th most bed buggiest city, according to pest control company Orkin. Orkin compiled the list based on the number of times their crews were called to homes or businesses in a city to fight bed bugs between January and December 2015. Of course, Orkin is not the only pest control company that fights bed bugs, so the numbers may be a bit skewed.

Richmond, it appeared, held steady at #9. Hampton Roads (Norfolk-Portsmouth-Newport News) was listed at #30. Why is a Richmond, a medium-sized city, so highly ranked on the bed bug list?

“Part of it would be the multi-unit housing,” Dan Conrad, the Ashland branch manager for Orkin, said. “If you have an apartment complex – and you have one person in the middle who has bed bugs, their neighbors could easily become infested because the bugs travel so easily.”

Traveling is another reason why Richmond ranked so high, Conrad said.

“[Richmond] is a destination city for a lot of travelers,” he said. “If you’re staying at a hotel you need to check the room thoroughly. That includes taking the bed off the box spring and looking for bugs.”

“Fourteen cities in the Midwest – more than any other region – are included in the ranking, including multiple cities in Illinois, Ohio, Michigan and Kentucky,” a company spokesperson said. “Six cities made double-digit jumps on Orkin’s Bed Bug Cities List compared to 2014, including Washington, D.C., which jumped to third on the list.”

Scroll down to see the complete list of bed bug cities.

Bed bugs are not known to spread diseases, but their bites might cause itchy red welts and swelling on your skin. Just because you have bed bugs does not mean you have a dirty home, the company said. Bed bugs can be found in homes and hotels, movie theaters, schools and public transit.

“Bed bugs are the great hitchhiker of the bug world,” Orkin Entomologist Ron Harrison said. “Bed bugs can travel in luggage and other personal belongings to enter your home. They don’t just hide in beds – they can be found in furniture, bed posts, rugs and even electrical outlets.”