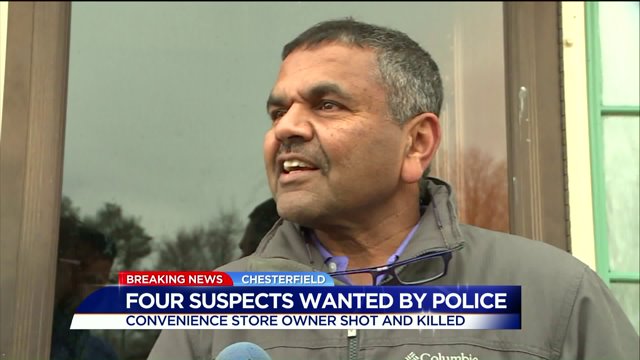 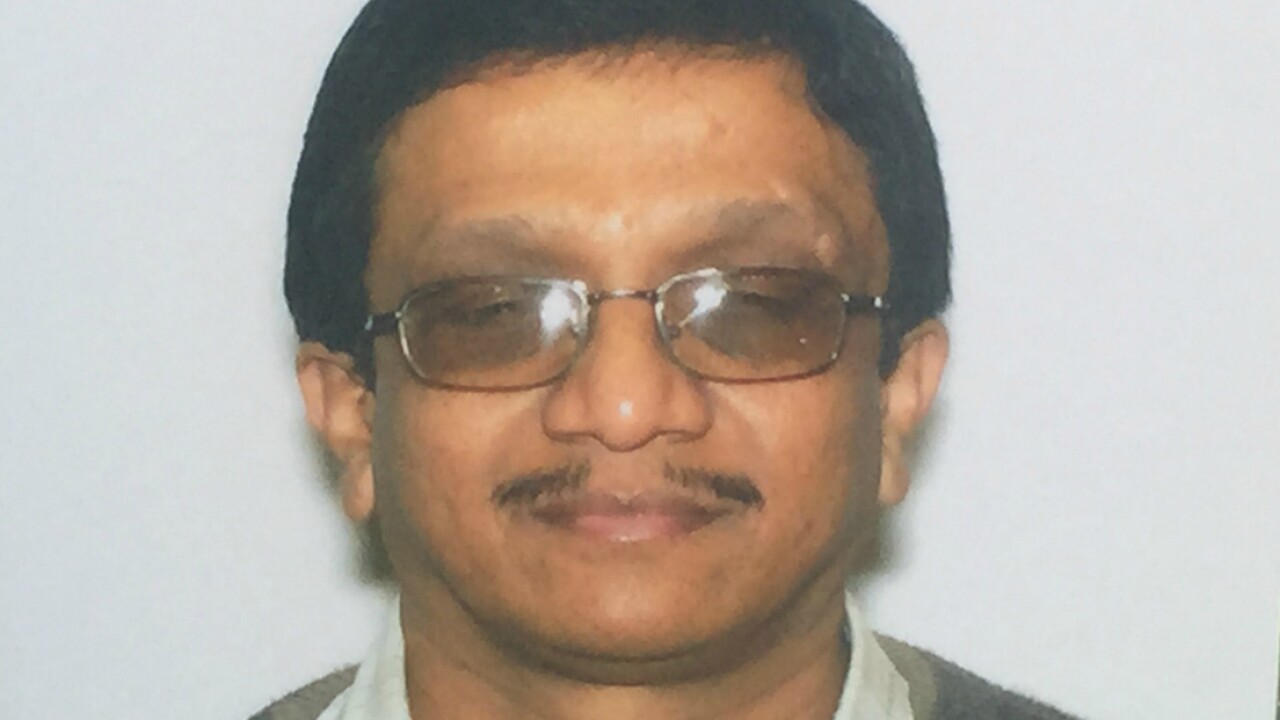 Harshad V. Patel, 55, was found unconscious by a Chesterfield customer.  She spotted the owner of the business on the floor badly injured after he was gunned down inside of his store.

Not long after she made the gruesome discovery, Patel's wife pulled up to the store.

He was transported to the hospital where he later died of an apparent gunshot wound.

Authorities said that the crime may have started as a robbery. Patel was shot multiple times.

Patel, of the 3400 block of Morningmist Circle in Chesterfield, was said to be very kind of to customers.

Friends and customers said he will be terribly missed.

Customer Kathy Clarke was a frequent shopper, who said over the past three years their friendship grew.  Clarke cheered for Patel when he became a U.S. citizen and was thrilled for him when his wife and twin daughters returned to Chesterfield from India recently.

To Clarke, he was a man with a huge heart. She told the story of how she locked herself out of her car one day when she was at Patel's store.

She told Patel she was going to walk home to get the spare key to her car, but he wouldn't let her. He insisted that Clarke drive his car to her house. She said she will never forget his kindness.

Surveillance cameras at the store captured images of four male suspects, but so far police have only released three images of one man. He was described as a black male, about 6 feet 3 inches tall. He was wearing a black stocking cap with a brim, a black jacket with an inverted triangle logo on the left side of the chest, dark-colored shoes and dark-colored pants.

The second suspect was described as a black male wearing a black hooded jacket, a long-sleeved white shirt, black shoes and light-colored pants with a design and red shorts underneath.

The third suspect was described as a black male wearing a light gray hooded sweatshirt and a black ski mask.

The fourth suspect was described as a black male wearing a dark gray hooded sweatshirt and a black ski mask.

Forensic investigators are still processing surveillance video in order to share photos of the other suspects.

While police search for Patel's killers, Clarke along with many others wonder why someone would want to murder such a generous man, and they pray that justice will come soon.

The funeral for Patel is scheduled Wednesday at 4 p.m. at the Bliley funeral home on Hull Street.

Anyone with information should contact the Chesterfield County Police Department at 804-748-1251 or Crime Solvers at 804-748-0660. Additional news tips can be emailed here.