RICHMOND, Va. -- Hundreds of "Downton Abbey" fans were left stunned during a screening of the sixth and final season of the hit drama at the Altria Theater in Richmond Saturday evening.

Logan's husband, actor Kevin McNally faked out fans when he was first introduced as the night' special guest. McNally, who appeared on season two of "Downton" and currently stars on AMC’s “Turn,” which is shot here in Central Virginia, said he knew of someone much more appropriate to usher in the special screening.

"Hello, Richmond," Logan said as she received a standing ovation from fans. "I have to say it's totally thrilling to be here tonight in your beautiful city of Richmond in the beautiful state of Virginia. And apparently this is the biggest gig of its kind in the whole entire country."

The actress said she and her husband and son arrived last night. She said she was excited to see the River City after her husband sang its praises.

"He's been banging on for the past three seasons of 'Turn.' 'You must come to Richmond. You gotta see Richmond,'" she exclaimed.

Logan called "Downton" the "most wonderful experience of her career as someone in the crowd yelled, "We love you!"

Logan credited fans' passionate response to the drama for the show's incredible success.

"You wonderful Americans have taken this show to your hearts, which has been to a large extent, the cause of its worldwide phenomenon that it has become, so God bless America," Logan said. "And it's with some sadness that I had to say goodbye to the show." 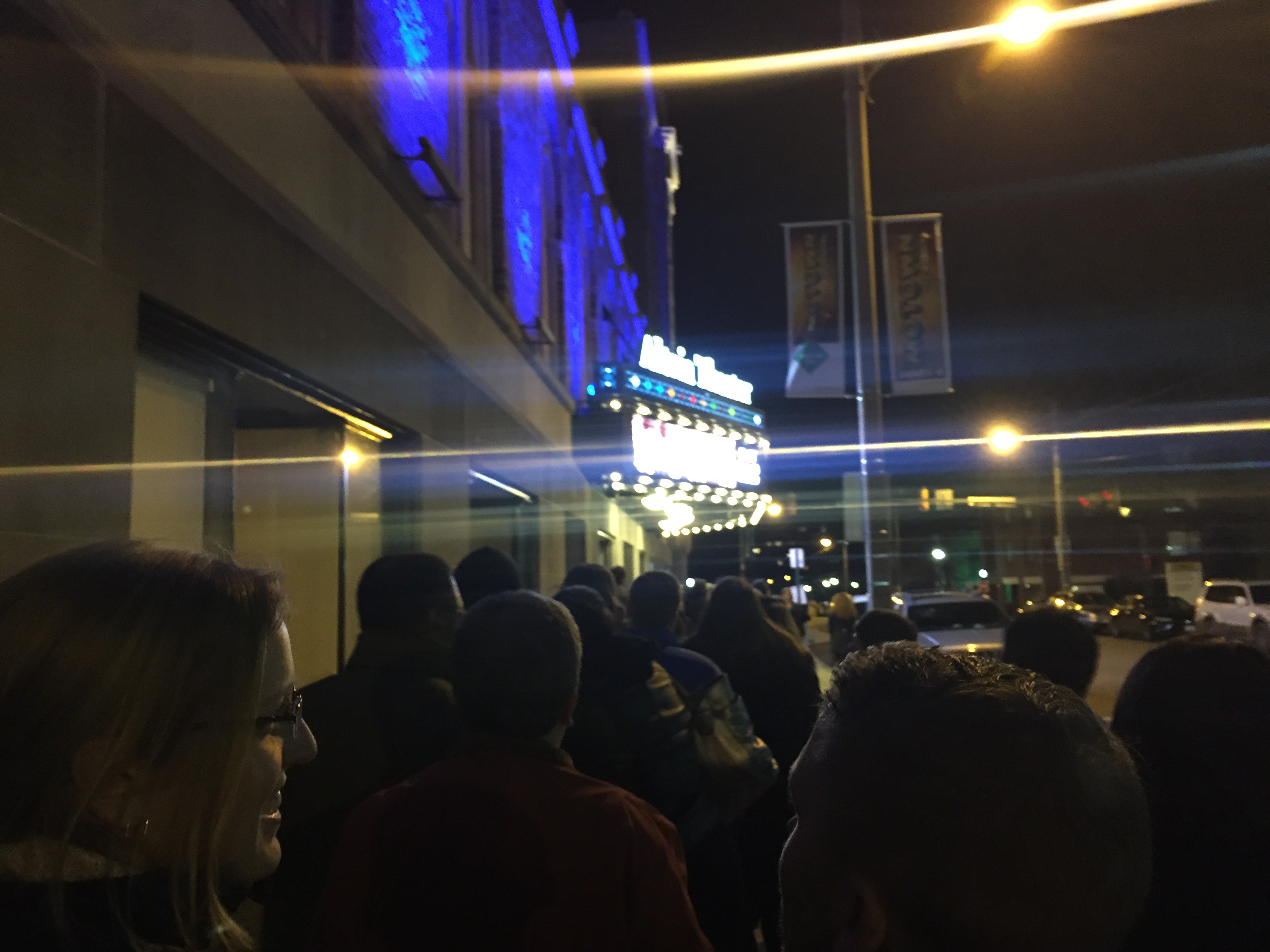 The actress said she was proud of the final season, which was magical and bittersweet since it marked the final time the actors and crew would be working together.

As fans watched the first episode of the final season, a wide range of emotions could be seen in the crowd. At times there were audible gasps. At other times, one could hear a pin drop as a highly emotional scene played out. But there of all the emotions, there was an abundance of laughter -- and love -- for the series and its beloved cast of characters and their trials and tribulations. [BONUS: Click to watch trailer for season six.]

As the episode finished, the crowd applauded. McNally's return to the stage and had fans rolling.

"Bring her back," someone in the crowd yelled.

"No, no, she's gone," he said as his wife walked back onto the stage for another standing ovation.

“Of course this is not the first time I’ve said, ‘Of course I’ll marry you, you old booby, you,” she laughed.

Logan then thanked the show's crew and fellow actors for all their hard work and making the show such a success.

“I hope you enjoyed that. I hope you continue to enjoy the rest of the season. I think it’s a crackin’ season, I really do,’” she said. “This is such a beautiful theater. You are so lucky to have this. And I’m so lucky to be here. Thank you so much and a wonderful 2016 to each and every one of you.”

The advance screening has become a tradition for WCVE. The event was first held for season three at the Bryd Theater before it moved to the larger Altria Theater venue last year.

And many in the crowd were dressed in period-inspired dress. In fact, one woman even re-created the Dowager Countess' purple dress from season one. One man donned a kilt and another was the spitting image of Dr. Clarkson.

“There is something very special about being able to see a television show in a room with fellow fans on the big screen, especially when it is as beautifully made as Masterpiece,” Katherine Godin Mitchell, WCVE's director of community engagement, said.

More than 2,700 people attended last year's "Downton," which set a record for the largest preview in the nation. And this year's event, which allowed fans to sign up for free advance tickets, also drew the largest crowd of any of any other preview screening.

The sixth season, which has just finished airing in the UK, premieres on "Masterpiece" Sunday, Jan. 3 at 9 p.m.

“Downtown Abbey” is a co-production of "Masterpiece" and Carnival Films. The show has been awarded three Golden Globes and twelve Primetime Emmy awards.