SPOTSYLVANIA COUNTY, Va. -- Family members and volunteers handed out flyers Saturday afternoon in Fredericksburg to raise awareness about missing 19-year-old Kaitlin Akens whose disappearance has been called suspicious by the Spotsylvania Sheriff's Office.

The teenager's luggage was found scattered across the 6600 block of River Road early Dec. 7, 48 hours after she was supposed to be in Arizona.

The "Help Save The Next Girl" group rallied Saturday near Hobby Lobby to raise awareness about Akens' disappearance.

Kenny Jarels with the group said there was a “big turnout." In fact, more than 20 members of Akens' family took part as well as deputies from the sheriff's office.

The participants distributed more than 3,000 flyers. 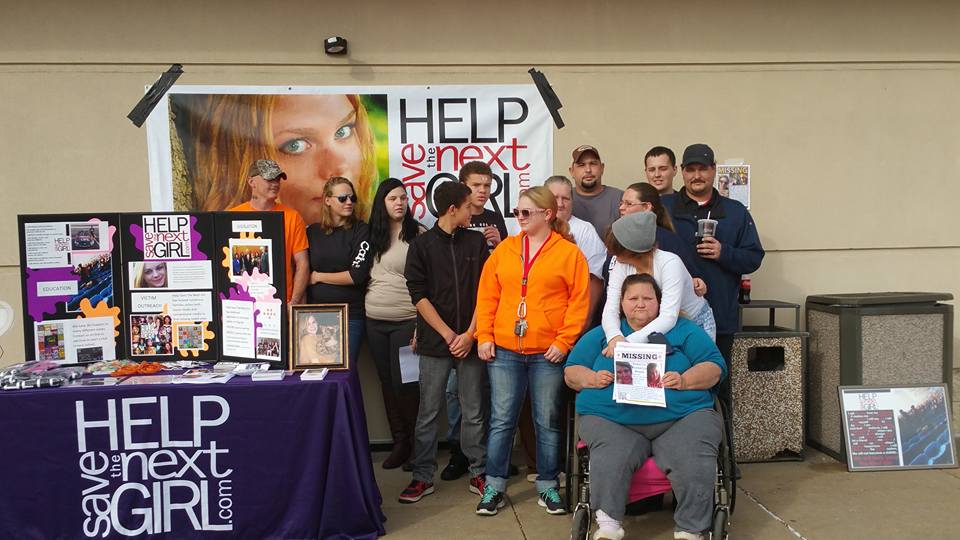 Even more baffling, according to Akens' family, was that her roommate’s credit card was still inside the luggage, and that card was her only means of financial support.

Akens' mom said her 19-year-old daughter was dropped off at Springfield Mall Saturday morning to catch a ride to the airport. She planned to take the Franconia-Springfield Metro to Reagan National Airport.

"She texted and said she made it there, but we don't know if that's true," Lisa Sullivan said.

The family has learned Akens never got on her flight and she has not yet been in contact with any family members.

"She and I text all day and if she doesn't hear from me, she'll blow up my phone if I don't answer her," Sullivan said.

Akens has lived in Arizona for more than a year, and her mom said she seemed excited to head west again to start a new chapter.

"She wanted to go back because she was excited about school,” said Sullivan. “She was supposed to start cosmetology today."

Sheriff’s deputies said Monday’s discovery of her luggage was bizarre and would require further investigating.

"We are certainly treating this as suspicious and the sheriff has allocated a lot of resources to it,” said Capt. Jeff Pearce.

The family member told CBS 6 after her stepfather dropped her off in Springfield there was no real evidence she ever made it to the airport.

Akens is a white female, 5 feet 4 inches tall and weighing 122 pounds. She has blond hair and blue eyes.