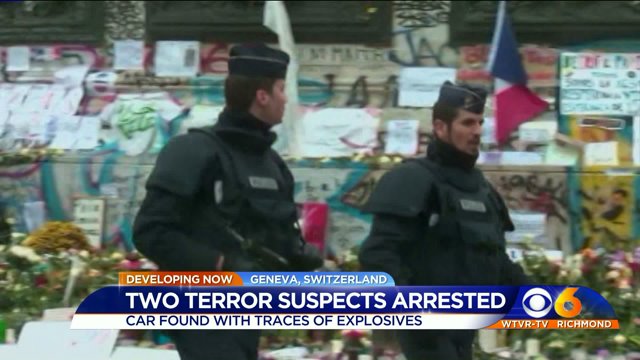 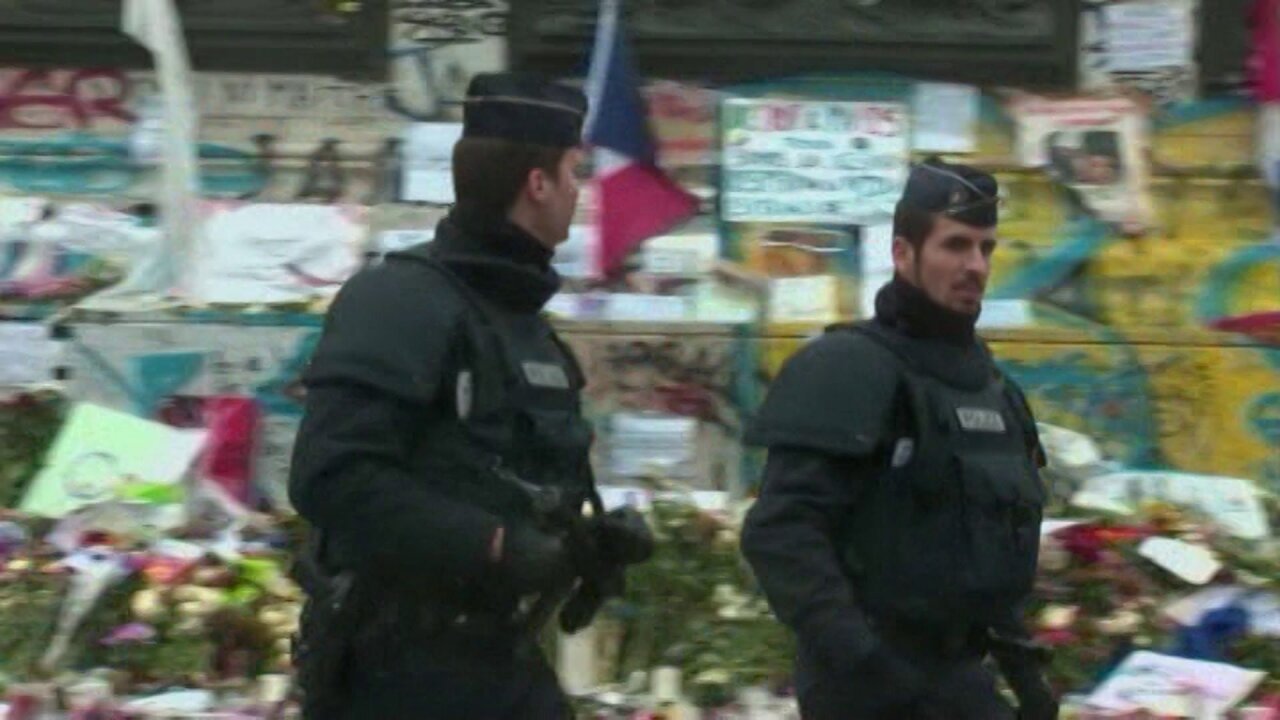 Swiss police have arrested two people with Syrian passports and found traces of potential bomb-making chemicals in a car as security remains high around Geneva amid a terrorism alert and a hunt for suspects, authorities said Saturday.

Authorities have been looking for at least two people with indirect links to suspects in the November 13 Paris terrorist attacks. It was not immediately clear whether Saturday's arrests were linked to the attacks in Paris, in which 130 people were killed.

The two were arrested Friday and charged Saturday, according to a statement Saturday from the Office of the Attorney General of Switzerland.

They were arrested on suspicion of the manufacture, concealment and transport of explosives or toxic gases, as well as on suspicion of violating the prohibition of groups such as al Qaida, ISIS and similar organizations.

Investigators still have to determine the link between the two suspects and the traces of explosives found in their vehicle, Jornot said. The presence of such evidence does not mean that the two were involved in transporting explosives in the vehicle, and they claimed that they had acquired the vehicle recently, the prosecutor said.

According to a European security source briefed on the investigation, the materials Swiss police found were traces of precursor products. Precursor products are chemicals which could be turned into explosives or other harmful substances.

'From a vague threat to a precise threat'

During a house search, which had no direct connection to the ongoing terror threat in the Geneva area, police discovered Thursday that an individual who was described as a right-wing sympathizer and survivalist had accumulated an "impressive" quantity of weapons, Jornot said.

The arsenal included Kalashnikovs, a M16, two Glock handguns, a MG42 machine gun and one pump-action shotgun, as well as other weapons, described as antique guns, Jornot said. Police also found a Nazi flag, he said.

The alert level in the city remains high, but Swiss authorities said various events planned over the weekend will go on.

The U.S. Embassy warned Americans in Switzerland to "maintain a high level of vigilance."

The Swiss alert came after a tip from U.S. intelligence officials, who told their Swiss counterparts that they had intercepted communications among extremists discussing the idea of attacking Geneva, as well as Chicago and Toronto, a source close to the investigation told CNN.

Authorities were looking for at least two other people with indirect links to suspects in the November 13 Paris terror attacks.

"We have gone from a vague threat to a precise threat," Emmanuelle Lo Verso, head of communications at the Geneva Department of Security, told CNN on Friday. She would not comment further.

Whatever the nature of that threat, it was likely more well developed than any possible danger for Chicago or Toronto, said CNN national security analyst Juliette Kayyem.

Kayyem said she suspects that "the intelligence about Geneva was stronger, more specific than it was about the other cities because you're simply not hearing about that kind of reaction from either Toronto or Chicago at this stage."

Geneva police Chief Monica Bonfanti told radio broadcaster RTS that there is "the possibility of the presence of an Islamic State [ISIS] terror cell in Geneva."

Bonfanti said police were searching for suspected terrorists, but wouldn't comment on the number of people involved in the hunt.