CHESTERFIELD COUNTY, Va. -- The Christmas spirit is alive and well at the corner of Winamack Road and Glenpark Lane in Chesterfield. Neighbors are pausing to admire the decorations on one house that have a touching twist. It is a Christmas display that is anything but tacky. Sure, you have your camouflage covered Santa and inflatable Frosty, but look closely, these decorations make you think.

“Everyone loves Christmas. We went with a different color this year. It is a Red, White and Blue theme,” homeowner Christine Thompson said.

“We lost so many soldiers during the deployment,” Christine said. “It was something I wanted to do. He spent two Christmases away on deployments.”

Christine hopes her patriotic arrangement helps passersby remember the sacrifices of those in uniform. Neighbors like Jenna Burchard appreciate the Thompson’s gesture.

“Honestly, my heart was racing when I saw it. I had goose bumps when I walked up to it,” Jenna said.

Another neighbor, Alice Wallers, says the boots remind her of her brother Lee who was shot down and went Missing In Action in 1966 during the Viet Nam war.

“I like the display. We should honor all of those that served. It is a great time to remember,” Wallers said.

The Thompsons say school bus drivers, neighbors and complete strangers stop by the house to take in the decorations and thank Patrick for his service.

The Walton Park Homeowners Association voted the Thompson’s home as one of the official Holiday Houses in the neighborhood. The decorations are expected to stay up through the first of the year. 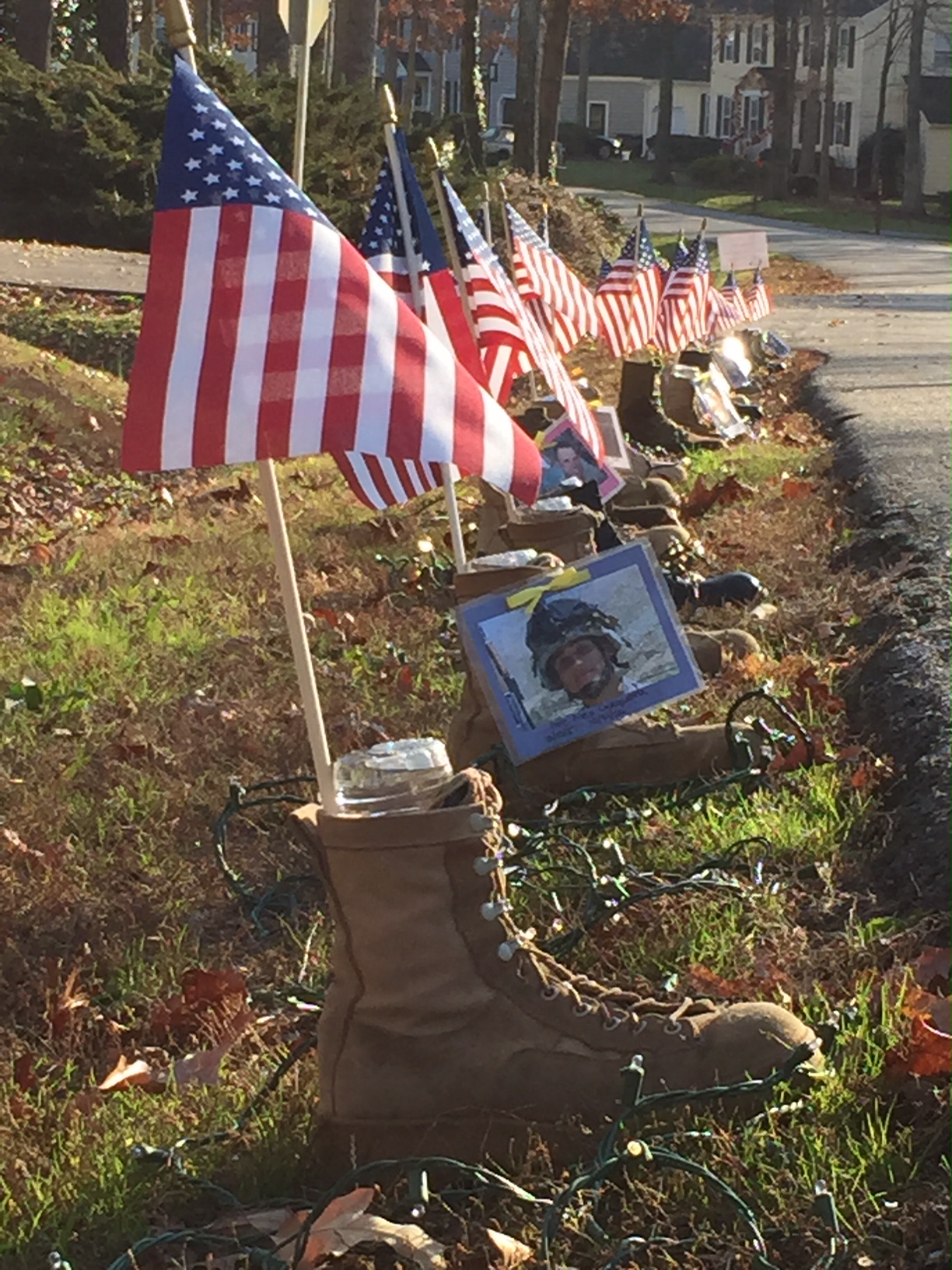