RICHMOND, Va. -- Looking at her scrapbooks is a walk down memory lane for Becky Massey.

The journey is sometimes bittersweet.

"Another wonderful friend I lost,” said Massey as she points to a friend in her scrapbook.

To many in Richmond, Becky Massey is the face of VCU Massey Cancer Center. She knows many of the survivors and those who lost their battle with the ugly war called cancer. Massey is a foot soldier raising awareness and millions of dollars for research. 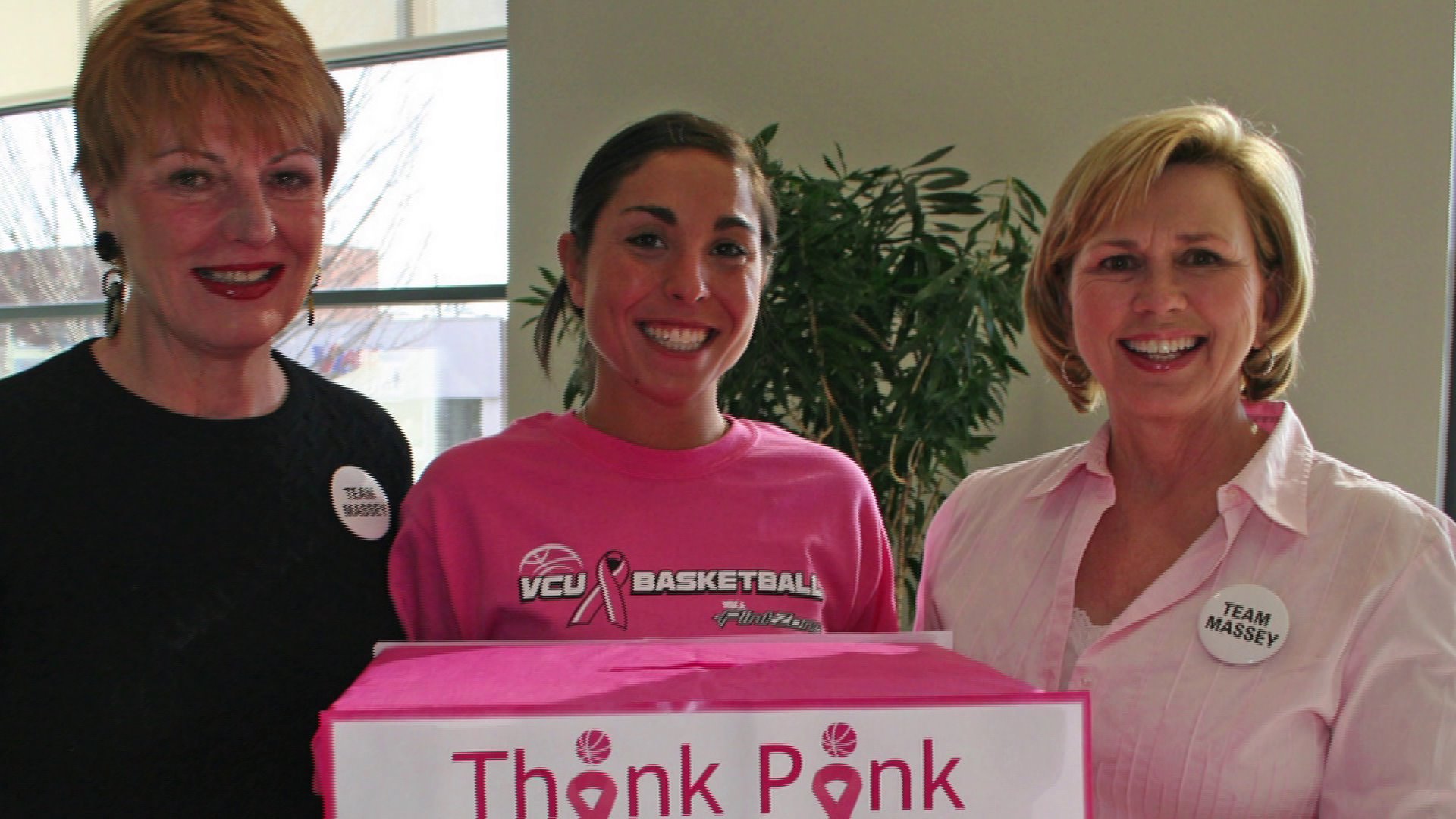 A healing garden at Massey is named in her honor, but she's quick to shift the focus off of her.

"The volunteer core at Massey has been incredible,” said Massey. “I look at myself truly as just a cheerleader, just a voice.”

As that voice for over 20 years, Becky has gone from Massey's biggest cheerleader to becoming a patient herself.

In January, she was diagnosed with Paget's disease.

"The next time I went in for my dermatology test, I was met at the door saying they're going to do a biopsy to satisfy Dr. Cardenosa,” said Massey.

Dr. Gilda Cardenosa is a leading radiologist at VCU Massey Cancer Center. She had a gut feeling there was something more to Massey's condition.

“I was more scared for surgery because we didn't know if it spread or if my lymph nodes were affected,” said Massey.

Paget's disease is rare, accounting for one percent of all cancer cases.  It's cancer that forms in or around the nipple. The symptoms include itching, burning and dryness.

"It looks like eczema anywhere else. It's not uncommon for patients to go through treatment with a primary care doctor or dermatologist with topical steroid and it doesn't get better,” said Bear.

Just like Massey's case, if the cancer is caught early and hadn't spread, a lumpectomy would be a treatment option.

"If it's just a nipple involved then it can be treated like any other limited stint of cancer with a local incision and that means removing the nipple,” said Dr. Bear.

Becky is still a cheerleader, but now her talks sound more like a testimony.

“It just tells me we have to continue this war and research will be the key,” said Massey.

VCU Massey Cancer Center was founded in the late 70's. It's a National Cancer Institute (NCI) designated cancer center known for leading and shaping cancer research. It's one of 69 in the country.