The untold story behind the day Paul Simon, Chevy Chase and Steve Martin took over the Richmond Christmas Parade 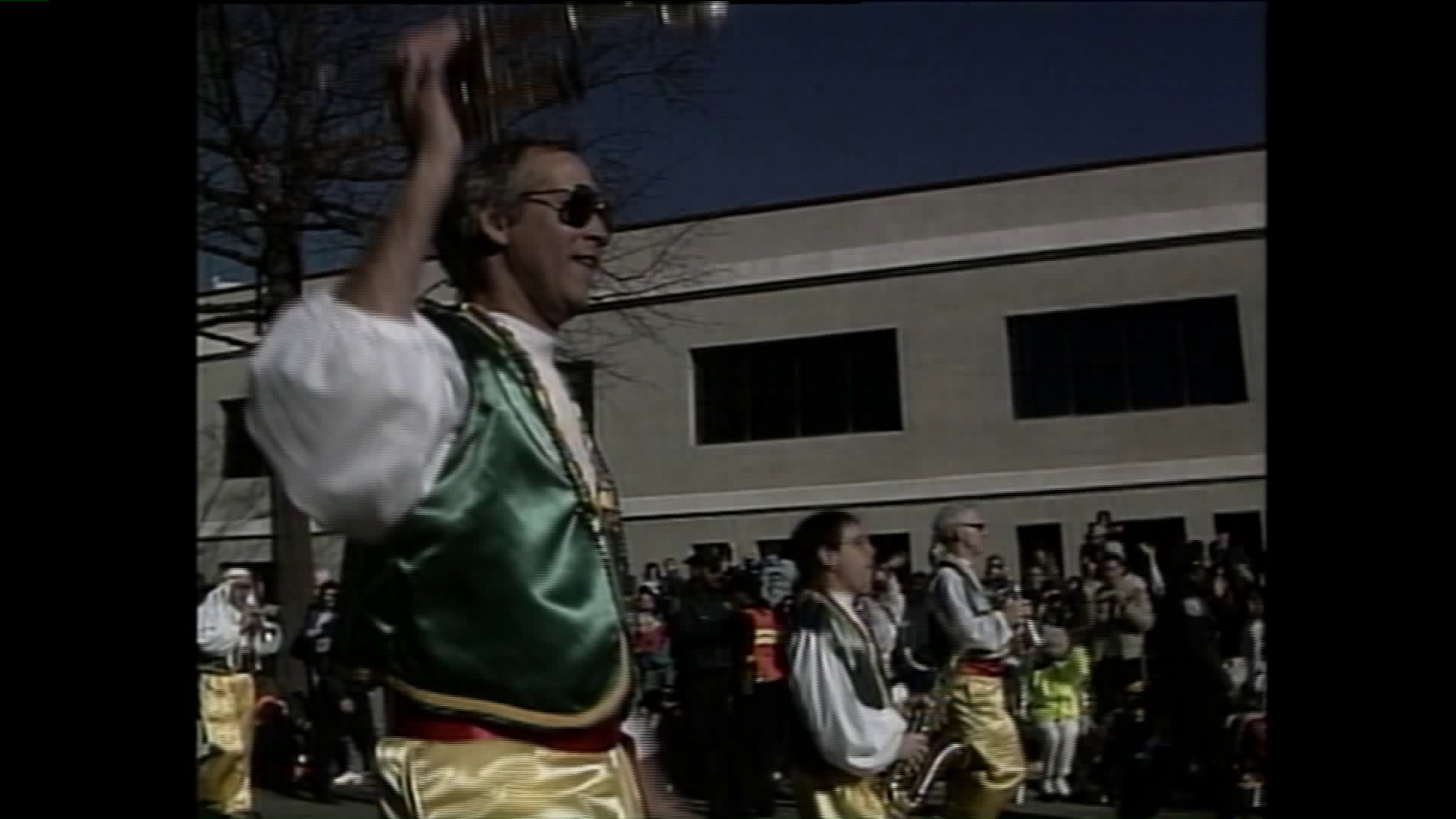 RICHMOND, Va. — Say it out loud and it almost sounds too unbelievable to be true. That’s certainly the reaction from most people in the newsroom.

One of music industry’s biggest superstars and two of Hollywood’s funniest comedians arrive in Richmond one December morning to appear in the Richmond Christmas Parade. No, don’t expect Beyonce, Will Ferrell and Kevin Hart to be on Broad Street this Saturday, but 25 years ago — well — that is another story.

In 1990, the incomparable Paul Simon was looking for a Christmas Parade to film a music video for the song Proof, off his critically-acclaimed album The Rhythm of the Saints.

“We got a notice about three weeks out,” current parade chairman and longtime parade volunteer Robert Kelly recalled. “What he wanted was a big-time float. So we contacted our float builder and he built him a special float for the parade.”

Simon did not arrive in Richmond alone. On the float with him were Hollywood heavyweights (and two-thirds of the Three Amigos: Chevy Chase and Steve Martin).

“We had to contact the ACCA Temple Shrine and get uniforms for Steve Martin, Chevy Chase and Paul Simon,” Kelly said. “We were all really excited, but once they rolled into town, we lost control of the event.”

“They were basically working. They had a job to do. They were on a mission,” Kelly said. “We inserted them into the parade. It was really cool. We probably had 150,000 people out at the parade that day.”

The large statue on the float that  depicted a woman holding the scales of justice was created by Richmond artist Paul DiPasquale; famous for the Neptune and Arthur Ashe statues (among many).

“It wasn’t high art, but it was fun art,” he recalled. “I built Lady Justice with Steve Martin on one side and Chevy Chase on the other.”

DiPasquale said after the parade Simon had the statue moved to a New York studio so he, Chase and Martin could include it in the scene where they danced in M.C. Hammer inspired clothing.

DiPasquale, who said he was working with Richmond Public Schools at the time, had the idea to bring the sculpture back to Richmond for the students at George Wythe High School to enjoy. Although, there was a problem. He said the school system would not pay for a truck to help him transport the art back to town.

“When I told Paul Simon’s people, they said Paul would fly me up to New York and give me a truck to drive Lady Justice back home,” DiPasquale said.

He said the sculpture stayed at Wythe for about two years before wear and tear got the better of her.

“The kids loved it! They would pose for pictures with it,” DiPasquale recalled.

When asked for his final thoughts on the Paul Simon parade, parade chairman Kelly said it was an overall positive experience.

“I think it was the most fun thing to be a part of,” he said. “However we all felt a little unappreciated for the effort we put in, but that’s Hollywood for you.”

The Dominion Christmas kicks off this year at 10 a.m. on Dec. 5. Rayvon Owen will be the Grand Marshal.