Most prostitution arrests happen along this West End street 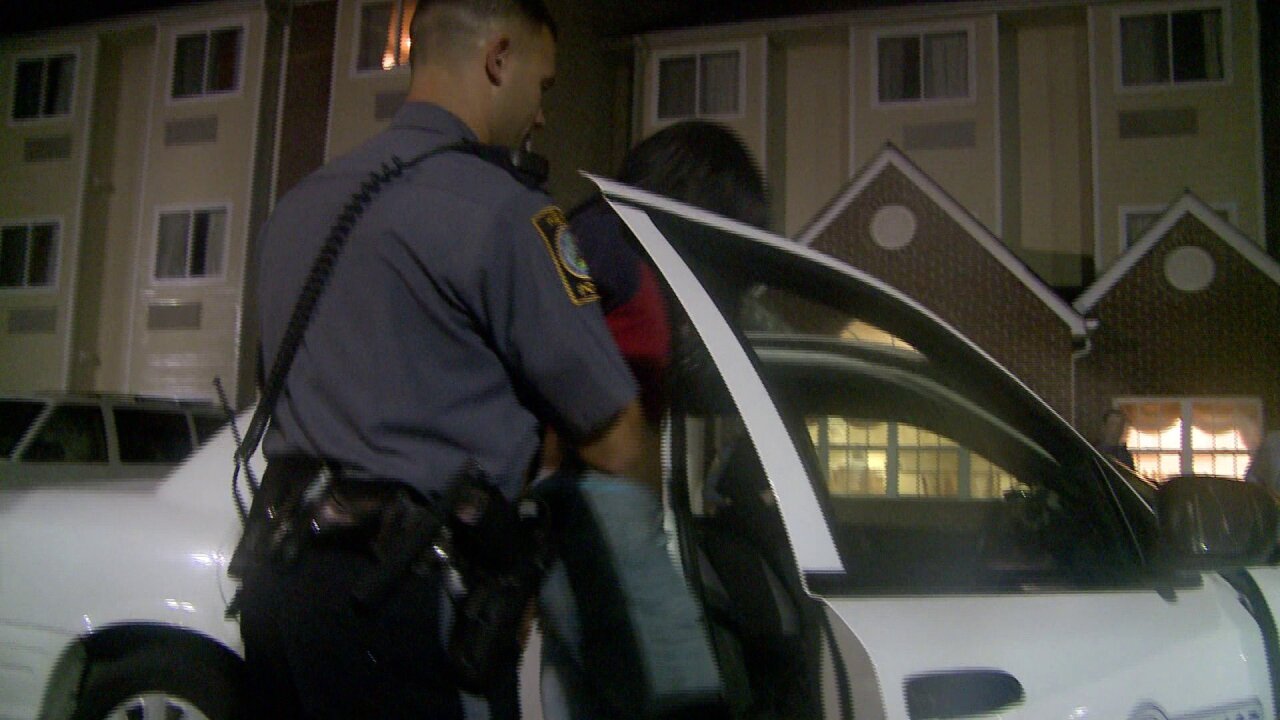 HENRICO COUNTY, Va. — Beside a budget hotel in the West End of Henrico County is an American-style restaurant. There’s a patch of dead vegetables and wilting herbs in the back parking lot. As people walk in and out of the dimly lit space, they might be surprised to know the hotel next door had 11 cases of prostitution during a recent six-month period.

From April 1 through Sept. 30, police responded to a total of 191 prostitution-related incidents throughout Henrico County, according to a computer analysis of the Police Department’s crime data. Experts say the prostitutes come from varied backgrounds:

They can be local residents, out-of-town sex workers or even victims of human trafficking forced to engage in the illicit activity. But no matter who the prostitutes are, police know where to look. Most prostitution occurs at a handful of locations in Henrico County, the data analysis showed.

Ten addresses accounted for 103 prostitution cases – more than half of the incidents. All the addresses are hotels:

One fifth of the reported incidents – a total of 40 cases – occurred on West Broad Street. Then came Brook Road with 26 cases; Paragon Place with 21; and Williamsburg Road with 16.

Authorities say there is a link between prostitution and human trafficking. So the Henrico County Police Department has created a six-member task force to combat the two problems.

“Many of the women we work with who are victims of commercial sex trafficking were molested at young ages, or victims of sexual assault. And as a society, we’re not really addressing the profound psychological needs that are left behind with victims,” Mike Feinmel, an assistant commonwealth’s attorney in Henrico County, said.

Trafficking means individuals are taken hostage or tricked into crossing state lines for a pimp to sell their body and services, said Cynthia Micklem, an assistant commonwealth’s attorney for the city of Richmond.

In society, there are two versions of human trafficking, she said. The first version is what you might see on television: children kidnapped and forced into shipping containers, or a huddled mass of immigrant workers crammed into a beat-up van. But the more common reality of human trafficking in Virginia involves women lured from their homes and families and forced into prostitution to make money for someone else, Micklem said.

Shelly Johnson, director of victim and witness services for Henrico County, said some prostitutes are victims of human trafficking and are forced into the illicit activity.

“You don’t always know if people are doing it because they want to do it. Often times they’re forced to do it, so it’s mostly in hotels or secret places. If you see something that isn’t normal, you want to let the police deal with it,” Johnson said.

Prostitution is not confined to sleazy motels with cobwebs and bed bugs, it’s wherever the authority figure – the person paying for sex – can get a room without being questioned about visitors, Micklem said. It even happens at upscale hotels.

Within the general category of prostitution, there are about 10 different offenses, ranging from “unlawful massage” to “use of a vehicle to promote (prostitution).” Two offenses accounted for two-thirds of all of Henrico County’s prostitution cases:

“It’s not that you’re just treating the current situation. You actually have to go back. You’ll find most of these people were sexually abused usually around 12 to 14 years old and some as young as five,” Johnson said.

“First, the sexual abuse starts by a family member or neighbor. Then they become promiscuous as a teenager to deal with it because they become hypersensitive and hyperaware. Pimps are looking at people with low self-esteem that they know they can corrupt [who] need love.”

Students in the graduate program at VCU’s Robertson School of Media and Culture, writing under the supervision of Associate Professor Jeff South, submitted news stories in a partnership with WTVR.com.