RICHMOND, Va. — When the VCU Rams take on American University on Wednesday evening at the Siegel Center, expectations will be high for the team with one of the newest practice facilities on the East Coast. The brand-new VCU Basketball Development Center is a 62,000-square-foot facility next to the Siegel Center. The new center offers state-of-the-art equipment for student athletes to thrive on the court.

“I had said this was a top-five facility,” new men’s basketball coach Will Wade said. “I have to correct myself, I think it’s top-three.”

VCU Athletic Director Ed McLaughlin said the facility has importance, not just to the VCU basketball programs, but to student athletes’ development and the university as a whole.

“There’s nothing that makes me more fired up than making the student athletes’ experience better,” said McLaughlin at the center’s opening earlier this month. “This journey started about three and a half years ago and to see it conclude it’s pretty special.” 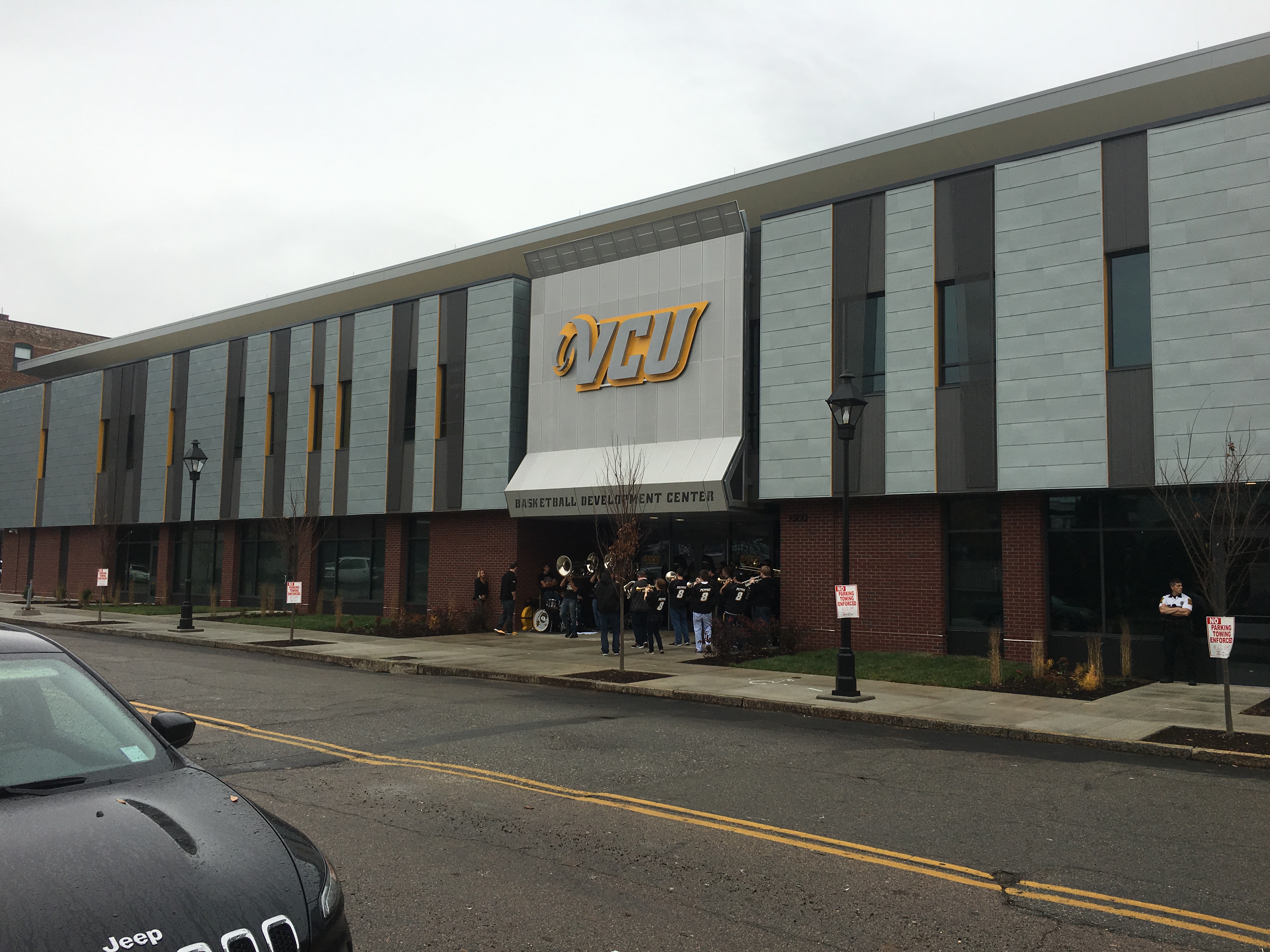 The facility is equipped with innovative technology that caters to the student athletes’ needs both on and off the court. Adjacent to the basketball courts are film rooms where the teams’ video coordinators dissect practice film in real time, enhancing the learning process for players, who can see what they did right or wrong.

In addition to practice courts for both teams, the facility houses strength and conditioning rooms, player dining rooms and academic study rooms all under one roof. Personnel offices are located on the second floor and the training rooms offer technology for player recovery after practices, including hydrotherapy pools able to fit the taller athletes.

“His support was the deciding factor to make this project happen,” McLaughlin said. It was Rao’s vision to make it a priority for donors and for the university.

The vision for national championships to come to Richmond is the catalyst behind the effort to build the facility and to produce winning teams.

“This facility fits within our drive to excel. We want to win championships,” McLaughlin said. “VCU is Richmond’s team.”

Through the first few games with the new facility, both the men’s and women’s have had their share of ups and downs. In their season opener, the men’s team piled on Prairie View A&M, winning 75-50. Just days later, they won against Radford University 92-74. But a trip to New York City for the 2K Classic saw them fall to defending national champion Duke University 79-71 and to the University of Wisconsin,last year’s national championship runner-up 74-73.

The women’s team got off to a similar start, defeating Coppin State University 73-42 and Iona University 74-58. But they fell in a close game to Indiana University – Purdue University Indianapolis (IUPUI) 70-69.

By Bryant Drayton and CJ Paschall (Special to WTVR.com)