‘Car was spinning in the air,’ witness says after Corvette lands in yard

RICHMOND, Va. -- The driver of a Corvette that flipped in a South Richmond neighborhood Saturday morning has died and a passenger remains hospitalized.

Police said the single-vehicle wreck happened around 9 a.m. in the 4000 block of Crutchfield Street and resulted in both passengers sustaining injuries, with one passenger being ejected from the car.

Both victims were transported to Chippenham Hospital where the driver later died of his injuries.  His name has not yet been released.

Neighbors said drivers speeding on residential street near George Wythe High School, which had a speed limit of 25 mph, is a problem.

Harry West witnessed the crash and said the driver sped through an intersection, struck a curb and the car went airborne.

"It hit the curb and went airborne to my right and through three neighbors yards,” West said. "The way that car was spinning in the air, and debris was coming from the car. I've never seen anything like that."

West said the car then took out several bushes before flipping over and landing on one neighbor’s front yard. He called 911 and then ran to check on the victims.

West said they discovered the driver, who had been ejected from the car, under some bushes nearby. 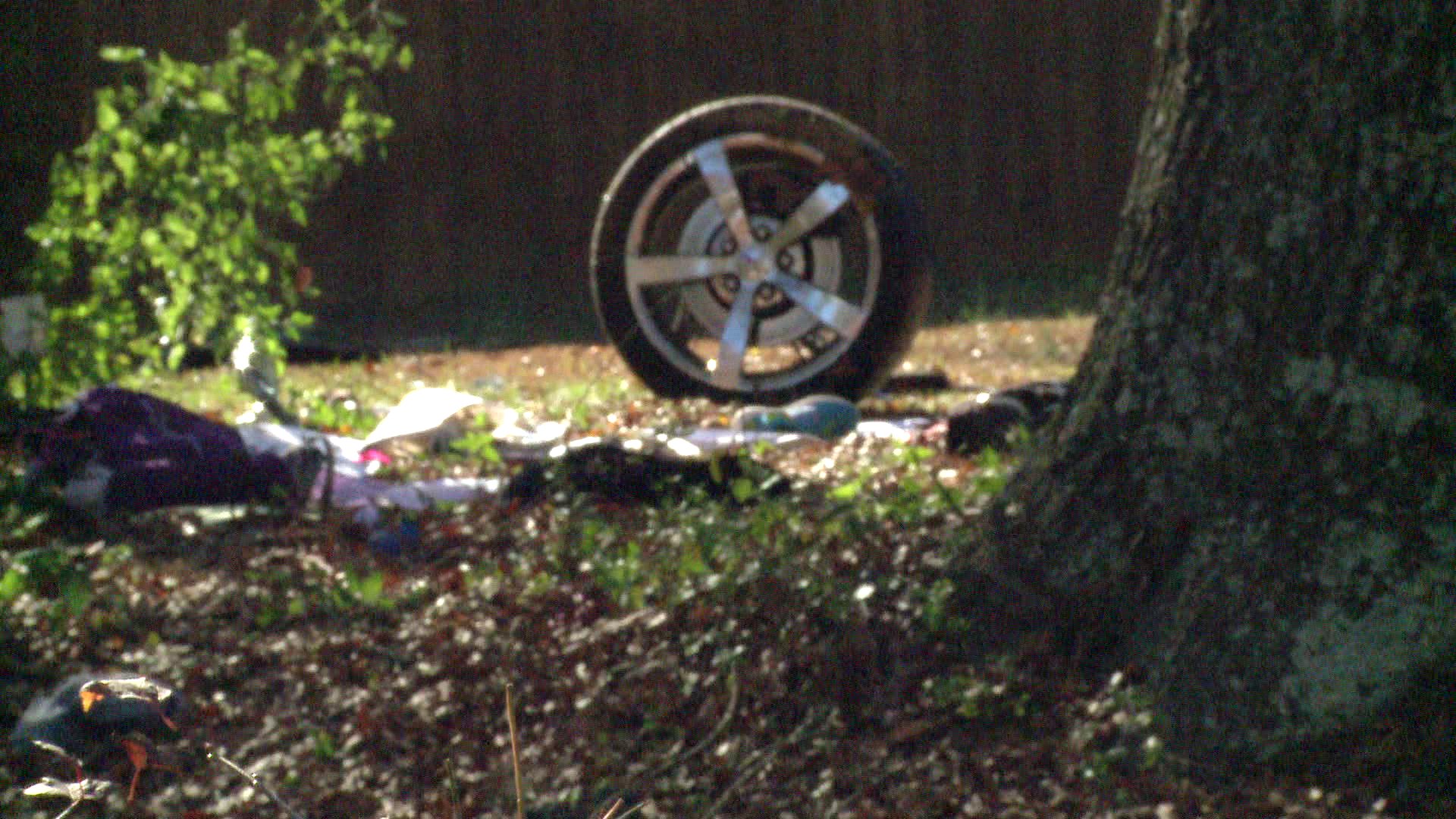 Jacqueline Brown came outside to find a mangled mess in her front yard.

"I heard the loud crash and I thought it was like a tractor trailer," she said. "Something coming down the street which I thought was unusual,” said Jacqueline Brown, car landed on her front yard."

Brown said she was thankful the car did not hit her house and that no pedestrians were struck.

Neighbors said frequently complain about speeders on the residential street.

"One of the things that we would like is for them to put speed bumps on the street, so that there would be less traffic," she said. "So that people don't have the idea of speeding right through this area."

Brown hopes that will bring change, so there is no more loss of life.

Police have not yet released the name of the driver killed or the passenger injured in the crash.