RICHMOND, Va. — In a room packed with around 400 students, alumni, faculty and staff, the VCU community vowed to tackle the lack of diversity at the university. One by one, student and faculty speakers addressed diversity issues at VCU, especially the lack of black professors.

“Only 48 black teachers have tenure,” said student activist Angelique Scott. “It's a great dialogue to say that we need black faculty, but we need to talk about keeping them here.”

Inspired by the demonstrations that occurred at the University of Missouri last week, VCU students created their own call to action. Students protested on campus, and the same day VCU President Michael Rao announced Wednesday’s forum on diversity and inclusion to address the concerns. The next day students held a sit-in at this office.

“Today, we do have a problem, we don’t have the kind of diversity we need,” said Rao, who has a leadership team that is primarily white, but who acknowledges the need to hire more black faculty members. “You have given me the chance to make this speech again, which I hope reaches the ears of every one of my faculty colleagues. Some won’t be influenced, but will there be more watchers on? Absolutely and that’s how it happens.” 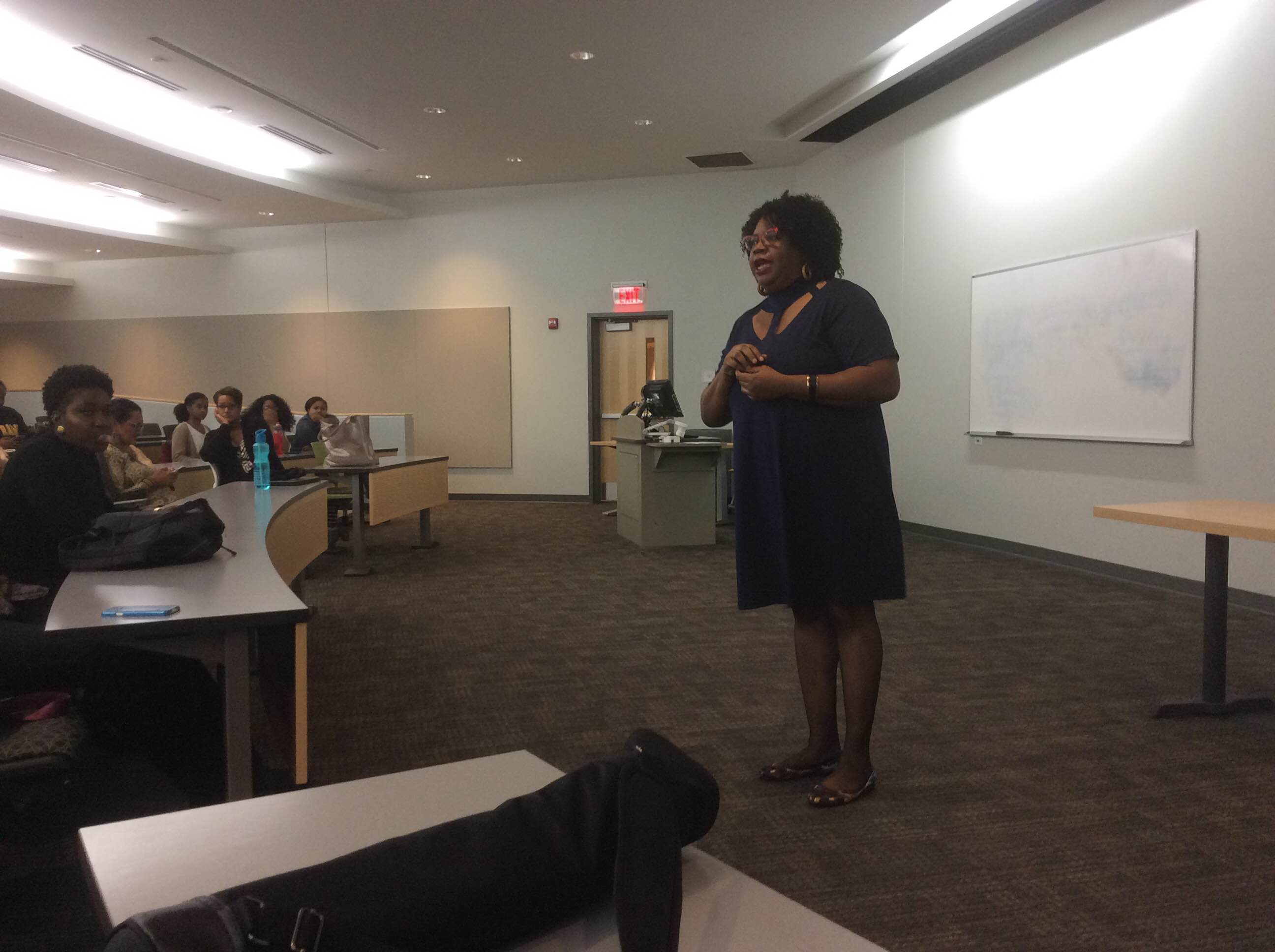 Rao said one of the most challenging aspects of the diversity conversation is communicating the university’s efforts to the public.  He went on to say that the university’s progress largely goes unnoticed by the student population.

In January, the VCU faculty senate passed a resolution to stop the decline of black faculty. VCU faculty senate president Dr. Holly Alford said she has been working on these initiatives and said the university needs to communicate better with the students.

“I think one of the biggest problems in this university is the communication gap,” Alford said. “There is a communication problem that we need to deal with informing not only faculty as a whole, but students so they can have an input.”

"We need to make sure the conversations are real." #VCUForum pic.twitter.com/yF7HsXBWrV

Franklin Wallace, director of operations for the Wilder School, said that he felt marginalized when he was a VCU student. He said those same sentiments are still apparent even as a VCU faculty member now.

“I served and [have] taken a part in the diversity training,” Wallace said. “I think that this is a great opportunity … because what happens at these trainings, everybody feels good about it … but to have this conversation, we have to be real about it.”

" The Voice of the black Alumni are marginalized " #VCUForum

Dr. Rowena Briones, an assistant professor of public relations, said she was drawn to VCU because of its diversity. She said as an untenured junior faculty member she feels little support for faculty members of color and is getting burnt out herself.

The conversation also turned to broader issues of inclusion. Hiba Ahmad, a sophomore at the university and a representative of the Muslim Student Association, asked what the university plans to do about Islamophobia on campus. She said that there is a concern for the safety of those who wear hijabs or other forms of ethnic attire.

“I haven’t received much faculty conversation or people backing this up,” Ahmad said.

On Wednesday evening, a post-response forum was held in which faculty and students were free to express what they had taken away from the discussion.

Faculty members expressed how proud they were of their students for taking the initiative to reform the campus. They also said they were proud that the students would come forward to represent the VCU faculty.

"Communication is a very serious problem." - @VCUpresident #indeed @RobertsonSchool we can help with this, yes? #VCUForum

Daryl Fraser, an assistant professor in the School of Social Work and a VCU alumn, said he was grateful for the students’ initiatives.

“Y'all are who we are waiting for,” Fraser said. “I support you all and you are supporting us as well. One day, you might find yourself in our shoes, if you work on what you are doing. You are paving the way for yourself.”

Students were generally appreciate that the forum took place, but did express disappointment that too much time was given to Rao’s statements and not enough time was spent on answering questions. Pascaline Ezouah, the president of the NAACP at VCU, said that she had hoped the forum would be more interactive.

“I want the student body to step up and do something,” said Ezouah.

By Ashley Jordan (text and video) and Sterling Giles (video) (Special to WTVR.com)