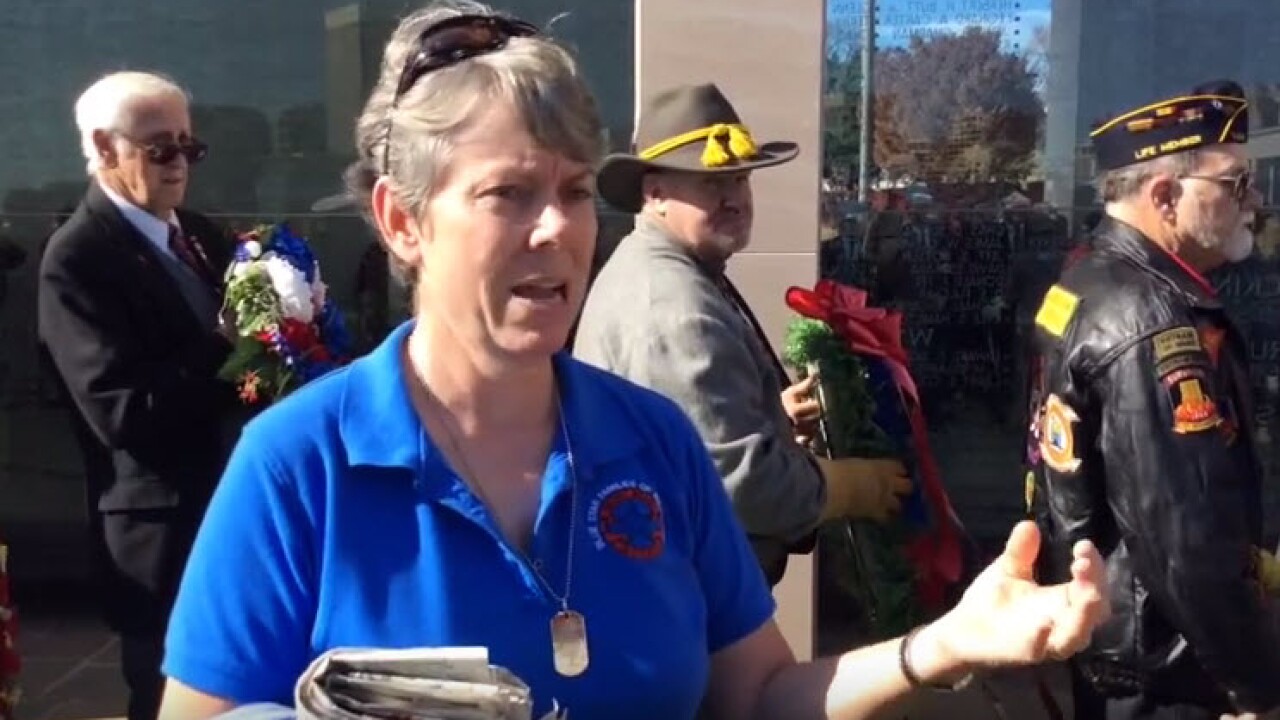 RICHMOND, Va. — When Gov. Terry McAuliffe announced the end of veteran homeless in Virginia last week, Nancy Gefvert of Blue Star Families of Richmond felt the governor missed a large sector of the homeless veteran population. The Blue Star mother attended the ceremony and said that some veterans are still homeless, which in her view is clearly evident by the homeless services that are still in place to cater to them.

Gefvert was left wondering what the announcement really meant for homeless veterans and how Virginia will handle their homelessness in the future.

“The speech was a starting point, but I think some things were overlooked,” said Gefvert. “I think the governor and the secretary overlooked a huge population that is not being served.”

Gefvert is not alone in her assessment. Others feel the announcement rang hollow, and that the governor is being presumptuous in declaring an end to veteran homelessness. Julie Serfass, who volunteers with several local veteran’s charities, is one of those skeptics.

Much of the controversy comes from the technicality that this is not a complete end to veteran homelessness, but what federal and state leaders term a “functional” end to homelessness.

During his speech the governor explained that “functional zero” does not mean that there will be no homeless veterans, but that there is now system in place to make their experience “rare, non-recurring and brief.”

This is something Hunter Snellings, director of programs at the Virginia Coalition to End Homelessness, said that they have been very clear about. He said that agencies from across the state worked together to reach this milestone.

“For the first time in three decades we have a prescription that is Virginia-centeric for finding quick housing for homeless veterans,” said Snellings.

Snellings added that he believes the announcement is something worth celebrating. The biggest challenge, according to Snellings, was the number of agencies that had to come together.

“The ability for case managers and direct service providers to get over 1,400 households housing since October 2014 is the most impressive part of this. It was absolute dedication on a day to day bases,” said Snellings.

Matt Leslie, director of housing development for veterans services was also impressed by the ability of different Virginian agencies to come together.

“We can work across state agencies … but also federal agencies, so the VA medical centers, U.S. Housing Department of Community Development and community housing providers and homeless providers.” Leslie said. “And really make sure that veterans are getting the care and the access to housing that they need.”

Leslie also said leveraging relationships is what is key to this initiative.

“We leveraged a lot of things existing in the state. We have a very strong governor’s coordinating council … I think leveraging those players is important,” Leslie said. “The DMV is helping with IDs, to get these people identification. Leveraging with communities, we opened our ears to hear their barriers.”

Kelly King Horne, executive director of the coordinating organization Homeward, said that reaching functional zero is a milestone for Virginia. She said it puts a system in place so the state can better deal with homeless veterans and that allowed Virginia organizations to realize that they can come together for a cause. King Horne also said that ending veteran homelessness was a data driven process and was the culmination of all the work the organizations have been doing for years.

EDITOR’S NOTE: WTVR.com has partnered with the iPadJournos mobile and social media journalism project at VCU’s Richard T. Robertson School of Media and Culture.
This story was reported by the iPadJournos.