A 41-year-old volunteer firefighter from Mississippi now lives with the face of a 26-year-old Brooklyn bike mechanic.

A plastic surgeon at the New York University Langone Medical Center performed the “most extensive” face transplant surgery in history, according to the hospital.

In 2011, when Patrick Hardison entered a burning home on a rescue search, the roof collapsed on him and his firefighter’s mask burned onto his face, said Dr. Eduardo Rodriguez, who led the team of more than 150 staff members at NYU.

Hardison held his breath and jumped out a window.

He was left with disfiguring burns across his entire face, head, neck, and upper torso. He lost his eyelids, ears, lips, and most of his nose, as well as his hair, including his eyebrows.

After Hardison had more than 70 surgeries, a member of his church in Senatobia, Mississippi, saw stories about a transplant performed by Rodriguez, who was then at the University of Maryland Medical Center. 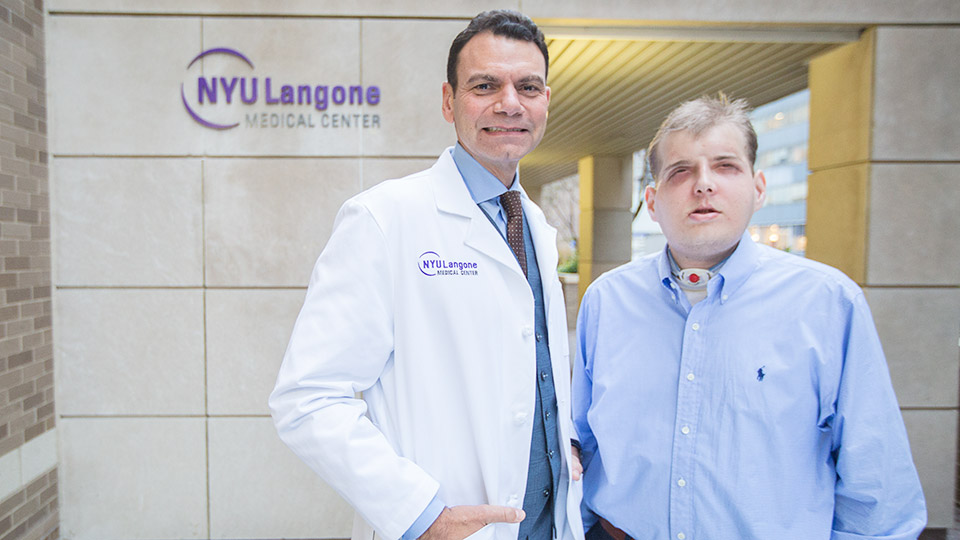 The church member reached out to Rodriguez, who later moved to NYU.

After waiting for more than a year, a donor was finally found: David Rodebaugh, a 26-year old bike mechanic who died in a biking accident on August 12, and whose heart, liver, kidney, eyes and bones went to other recipients.

Rodriguez and his team gave Hardison a new face, scalp, ears and ear canals, and selected portions of bone from the chin, cheeks, and entire nose.

He also received new eyelids and the muscles that control blinking, as he was previously unable to close his eyes completely.

Since 1985, 28 face transplants have been performed worldwide. There have been three deaths related to the surgery but with otherwise “encouraging” results, according to a study co-authored by Rodriguez and published in The Lancet this year.

Rodriguez said that three months after the surgery, Hardison is doing well and is on the path to a full recovery. In six months, he should be able to speak normally, he said.

Hardison told New York magazine that he will spend the rest of his life in constant pain, but to have a face of his own, “I can live with the pain.”