‘It’s sick!’ Richmond Marathon impresses runners from around the U.S.

RICHMOND, Va. — It was a sunny, but brisk morning on Saturday when around 40,000 spectators cheered on more than 19,000 runners from around the world for the 38th annual Anthem Richmond Marathon. The event also welcomed runners competing in the American Family Fitness Half Marathon and the HCA Virginia 8K.

“It was awesome, this is such an awesome race,” said Laurie Nahigian, who ran and finished the marathon in Richmond for the first time. “I’ve run a lot of them, and this is in the top three … look at it down here, it’s sick!” 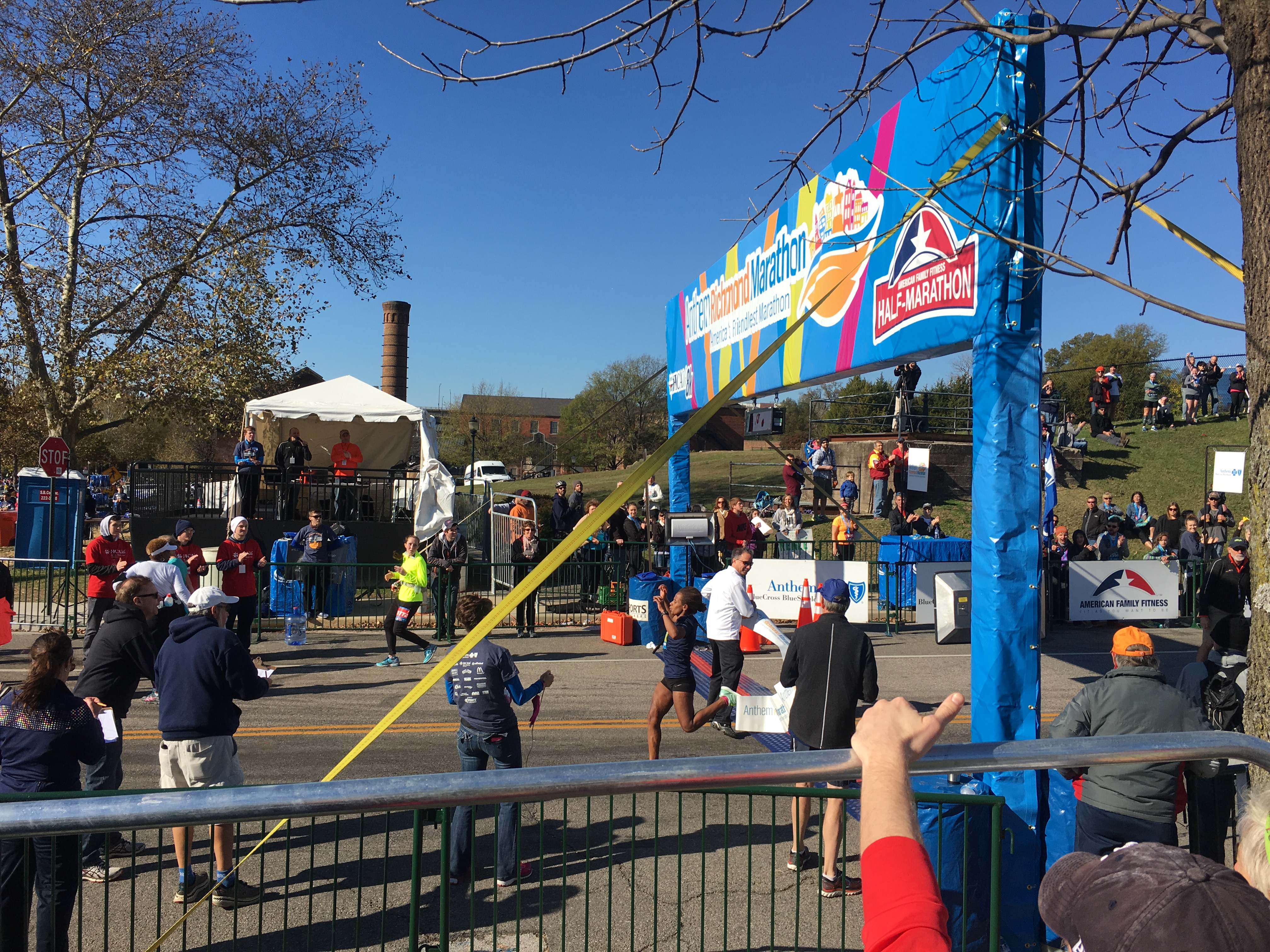 Hilary Too of Kenya ran the fastest time for the men in 2:18:48 for gold, while Hirut Guangul of Ethiopia claimed gold for the women, finishing with a time of 2:42:13. On the men’s side, Richmond local Richard Morris finished fourth with a time of 2:26:39.

In the half-marathon, Rachel Ward of Charlottesville set a course record for the women in her first place campaign, recording a time of 1:12:23. For the men, Girma Gebre of Ethiopia placed first with a time of 1:03:34.

“It was a great experience, great day to be out here running and see all the people out here cheering us on,” said Lou Longo, a half marathon participant.

The Richmond marathon is a qualifier for the renowned Boston Marathon, which will be held on April 16. This makes it a highly competitive event, in which runners prepare for the 26-mile trek months in advance. Runners in the 8k and half marathon, while requiring less intense training, also prepare for the exhausting task weeks in advance.

“We ran the half marathon last year, but this year we ran the 8k. We ran into some training issues since she is in the military, so we haven’t been able to train as much,” said Matthew Gutt from Norfolk, who ran with his fiancee. “We are very happy we love coming up here. We usually come up in the fall to do one of the races and do the Monument run in the spring.”

The race’s scenic route wound around Richmond, featuring large sections of the city. Starting at 5th and Grace streets, the course ran to Huguenot Road and through Southside before crossing back into the city on the Belvidere bridge. The race then stretched up to Bellevue Avenue before turning into a quarter-mile downhill descent towards the finish line at the riverfront and Brown’s Island.

“It’s a huge celebration of an active lifestyle,” said Pete Woody, PR and communications manager for the Richmond marathon. “We’ve got participants from all 50 states and 10 or 15 different countries.”

The official race charity is the Kids Run RVA Program, an organization that emphasizes creating more fitness opportunities for children, creating a lifestyle of running, so the children will remain active growing up. The money raised through the Call Federal Marathon Jr. will help fund grants to establish run and walk clubs at schools throughout the Richmond region.

“It was awesome, this is my fourth one,” said Taylor Snow, a half-marathon runner and Richmond local. “The city clearly has it down to an art … it was perfect.”

By Bryant Drayton and CJ Paschall (Special to WTVR.com)