PARIS -- The city of Paris, France is shut down after numerous terrorist attacks; the country itself has closed all borders after the attacks, which began around 9 p.m.
French President Francois Hollande, in an address to the nation, said he had declared a state of emergency, meaning borders will be closed.

"We have to show compassion and solidarity and we also have to show unity and keep our cool. France must be strong and great," he said.

There was a hostage situation at the Bataclan concert hall, where a band from California was playing.  At least 30 people were killed at the theater, which was just one of the reported six sites where shootings took place.  Two or three gunmen entered the Bataclan concert hall while opening fire on law enforcement, BFMTV reported. Almost three hours after the attacks began, French security forces stormed the concert hall.

[WATCH LIVESTREAM: From BFMTV in Paris]

There was a lockdown at the Stade de France due to as many as three reported explosions, according to French media. President Francois Hollande was at the stadium, watching France playing world champions Germany in a friendly soccer match, but he left to go to the Interior Ministry. The explosion can be heard in the video above, and soccer players can be seen exiting the field. Then players and spectators were brought onto the field.

Police were also outside the scene of one of the shootings, a restaurant in the 10th District.

Lylia Melkonian, a reporter for France 2, told CNN the neighborhood has many restaurants that were packed with patrons. Melkonian said authorities were evacuating the area.

A witness told BFMTV that firefighters were on the scene to treat the injured. 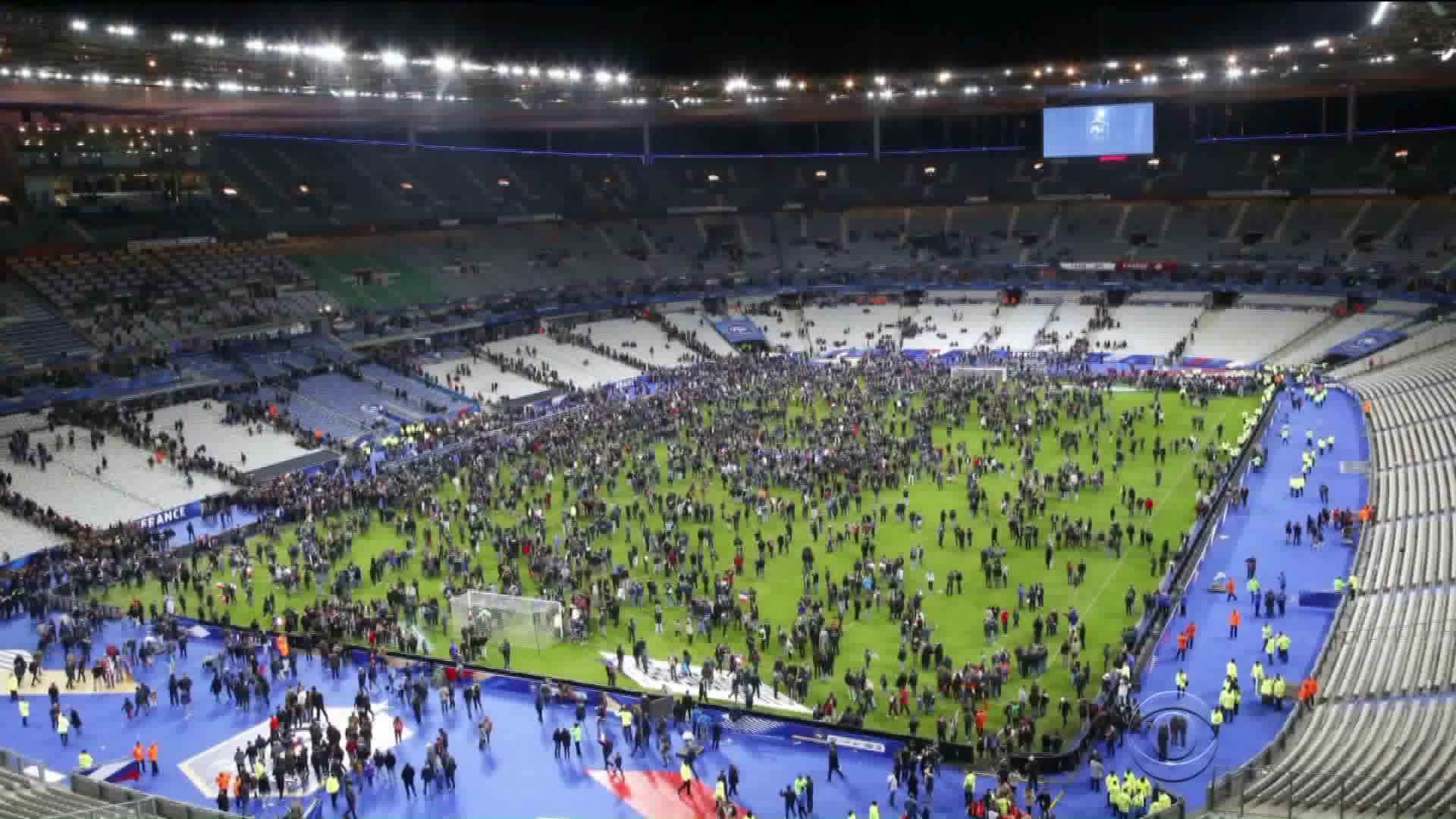 "This is an attack not just on Paris, not just on the people on France, but an attack on all humanity and the universal values we share," President Barack Obama said at the White House. He called the attacks an "outrageous attempt to terrorize innocent civilians."

"France is our oldest ally," Obama said. "We want to be very clear that we stand with them in the fight on terrorism and extremism.”

One of the biggest coordinated terrorist attack since 9/11

This appears to be one of the largest coordinated attacks in Europe since 9/11 and will be one of largest attacks on Paris in decades.

In early January of this year, two gunmen attacked the Paris offices of the French satirical magazine Charlie Hebdo, killing 12 and wounding 11.

Said and Cherif Kouachi wanted to punish the magazine for the publication of cartoons that they believed mocked the Prophet Mohammed. The Kouachi brothers two days later were shot and killed in a standoff with police in Dammartin-en-Goele.

Amedy Coulibaly, an associate of Said and Cherif Kouachi, attacked a Jewish grocery store in Paris, taking more than a dozen people hostage and killing four. Coulibaly had killed a policewoman the day before, on January 8. Coulibaly was killed when police stormed the kosher market.