WWII veteran turning 110 years old: ‘I’m one of the blessed ones’ 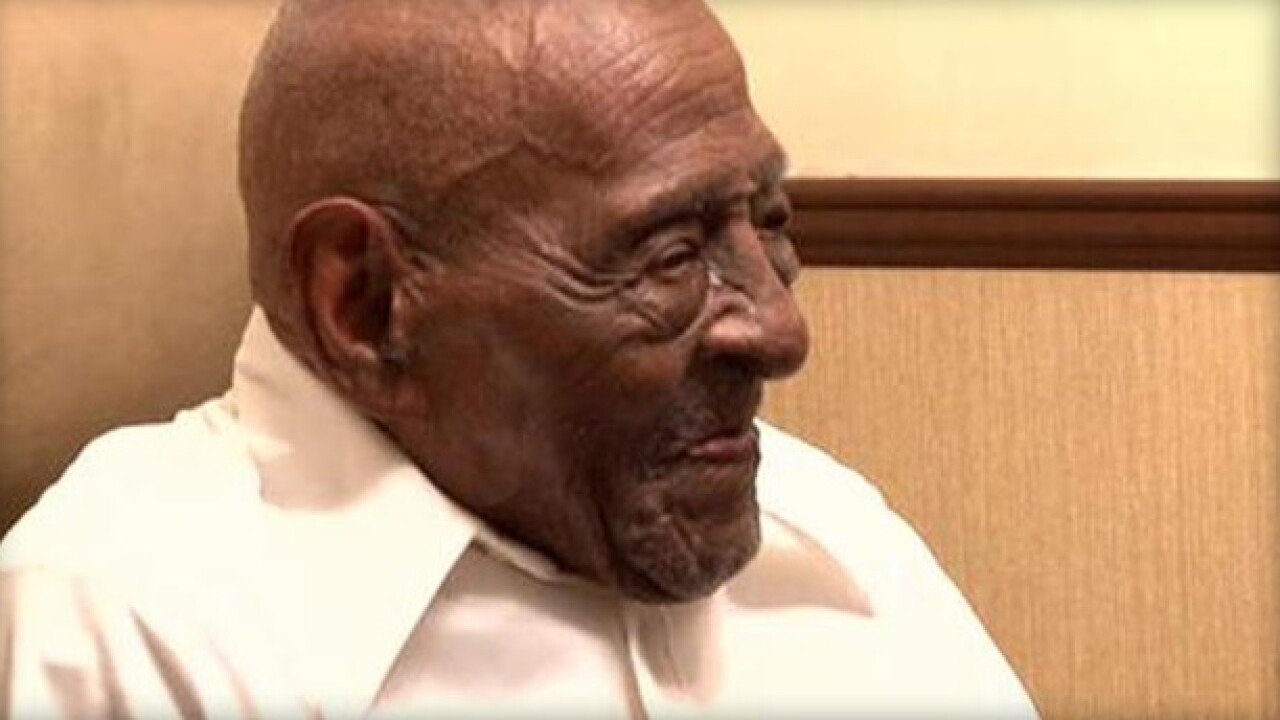 KPLC reports Levingston, who was born in 1905 and grew up in North Louisiana, served as an Army private during the war in the Naples-Foggia Campaign in Italy, which spanned from Sept. 1943 to Jan. 1944.

While he now lives in Lake Charles, Louisiana, and was discharged in 1945, he still remembers when he was inducted into the Army.

“I’ve been through so many dangerous things and I’m still here. I’m thankful to the almighty God for it,” Levingston said.

In fact, Levingston said not one day passes that he is not thankful for his long life.

“I think I’m one of the blessed ones,” Levingston said.

SHARE this story to SPREAD this veteran’s beautiful message.

One of Levingston’s friends, Pamela Gobert, met him just before he turned 104. She called the veteran is a blessing and said that he has taught her much about life.

“He’s always got a kind word and he lets me know that sometimes it’s not how you start, it’s how you finish,” said Gobert. “One time we were at Memorial and a young lady asked him ‘Mr. Frank how old are you going to live?’ and he said ‘110.’ That’s what he said,” Gobert said.

Levingston, who had little formal education, said the important lessons he learned from his parents are the ones that he shares with those around him.

“Be honest. That goes a long ways,” said Levingston.

Levingston, who will celebrate his birthday with relatives this weekend in Shreeveport, recently received a letter from the White House thanking him for his service and congratulating him on his milestone birthday.

“We trust you take enormous pride in everything you have accomplished,” the letter read.