RICHMOND, Va. -- For Mary Easterly a first impression is a lasting one, especially when the stranger walking into your life is a dashing Virginia gentleman.

“I think about him a lot. He was good looking. Pretty eyes,” says Mary Easterly. “He just smiled and little did I know I was dancing with such a star.”

Richard Fuller Patterson introduced himself to the 17-year-old at the Country Club of Virginia 75 years ago. It would be the start of a blossoming relationship.

“I remember what I was wearing, he was tall and handsome,” says Mary. “He was a good dancer. I saw him the last night he was in Richmond. I had a date with him.”

But Fuller’s time in Richmond and with Mary would be fleeting.

Fuller Patterson was born into a life of privilege. His family founded Lucky Strike Tobacco.

Fuller graduated from St. Christopher’s and Princeton with honors and traveled the world and learned to fly.

Martha’s daughter, Latane Crittenden Miller says her great-uncle excelled in all facets of life whether in the classroom or track and field teams.

“I guess I became aware of him when I was a little girl,” says the 33-year-old Latane. “This drive he had in life it is inspirational. It makes you stop and think what he accomplished in life.”

Fuller would enter Harvard Law, but he soon grew restless especially with the winds of World War II blowing across the Atlantic. By 1940, Adolf Hitler was suffocating an immense stretch of Europe. The U.S. refused to intervene.

Latane says, “He was so disgusted by the whole Nazi movement he felt like it was something he had to do. And so he did it.”

Fuller did not wait to get into the fight. He would make a bold life-altering decision.

Fuller joined the Royal Canadian Air Force and puts his piloting skills to the test.

“I have kind of a sense of pride that I had family members that gave up everything for a cause they believed in,” says Latane.

His high-flying talents were so legendary, Fuller would be the first person to reach the rank of British Airman. In letters home to his mother the 26 year-old defended his decision to join. An ace, Fuller would shoot down 18 German planes. He was seemingly unstoppable in the cockpit, but in late 1941, Fuller’s dominance of the sky would abruptly end.

“I think he knew that it was a cause worth dying for,” says Latane.

During a raid over a small, seaside town in Belgium, blazing German guns would bring down the decorated pilot 4,000 miles from home. Ironically, Fuller would crash on one of the most infamous days in US history, December 7th, 1941. Fuller’s plane would fall from the sky hours before the Japanese bombed Pearl Harbor, an act that would thrust America into the war. 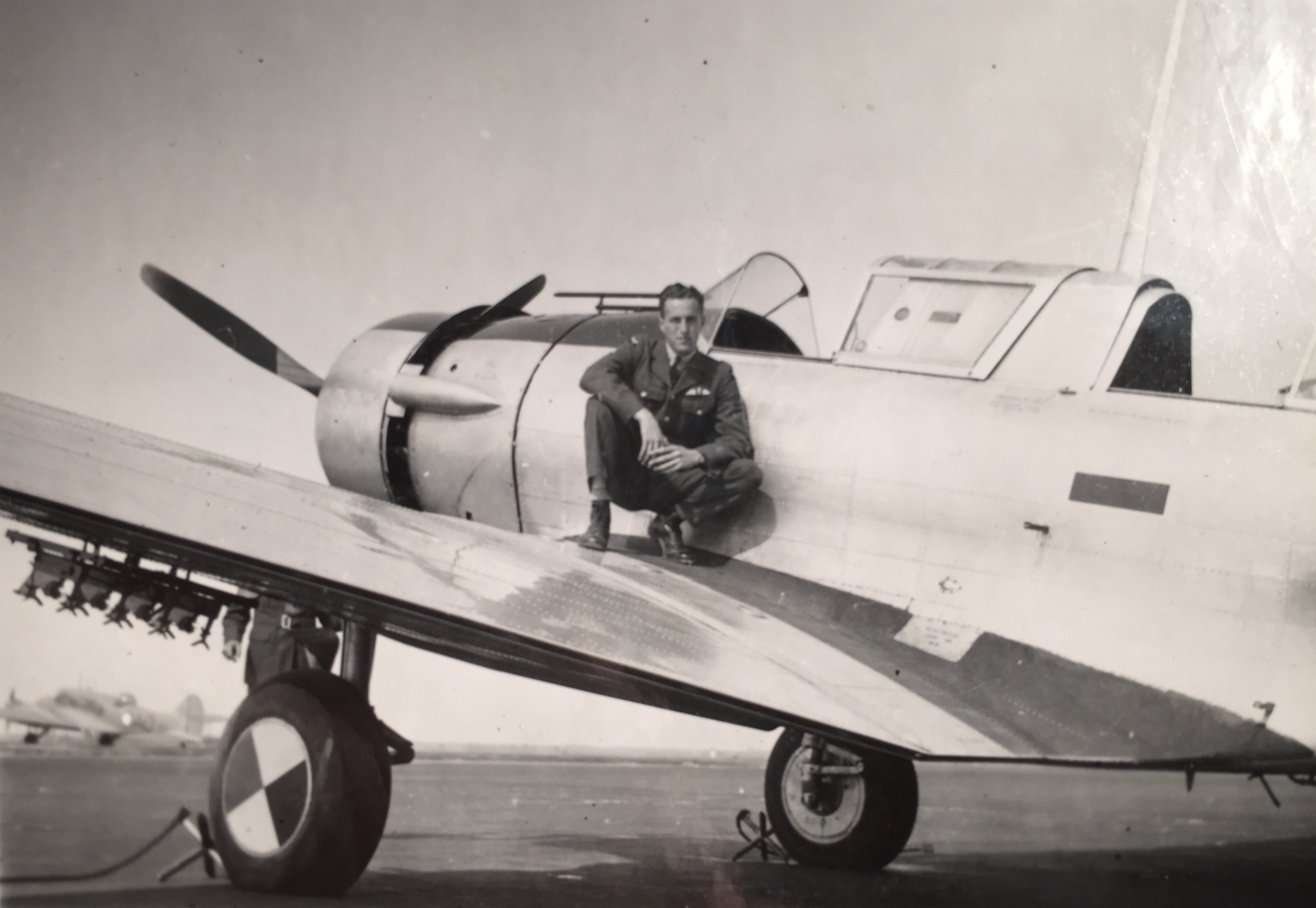 But the decorated pilot’s whereabouts would remain a mystery.

“When he crashed people didn’t know he was an American,” says Latane.

In Richmond, news of Fuller’s demise generated bold headlines in newspapers including the Richmond Times-Dispatch.

“It was emotional. But I know it was so painful for all of them.”

Her youngest son, James, an officer in the U.S Army, was killed in the South Pacific just hours before the war’s end.

“To be the mother of one of the first and last Americans to die in the war, I can’t imagine,” says Latane Crittendon Miller.

But in 1946, the deep sorrow softened with the arrival of a letter. The author? A stranger in Belgium.

Henri Verhelst would answer the frustrating question the Patterson’s grieved over. What became of Fuller?

Henri witnessed Fuller’s Spitfire crash that fateful day. The middle-aged man risked his life retrieving Fuller’s body and buried it in a churchyard in Breedene-by-the-Sea, Belgium.

Five years after the crash, Henri felt it was his duty to locate Fuller’s family in America to shed light on their son’s bravery. In a letter to Fuller’s mother Henri wrote, “Madame in your affliction please be proud of your son. He fell as a hero.”

“Henri is the hero in this story to me. Always has been,” says Martha.

Fuller’s mother Mattie chose to leave her son’s remains in Belgium under the care of Henri.

“She never got to see Fuller’s grave,” says Latane.

The Belgian would regularly send flowers from the cemetery. The dried roses lovingly preserved by Fuller’s mom along with each letter and photo received from overseas.

Fuller’s mother wrote in a letter to Henri, “Now I know that he sleeps in a friendly country and tender care is given to his grave by kind friends.”

For Fuller’s surviving sister, Martha, losing two brothers was too much to bear.

“Mother would never talk about it,” says Fuller’s niece, Martha. “It would hurt too much. She would never say a word.”

Henri Verhelst actions 70 plus years ago answered so many agonizing questions and still fills Fuller’s relatives with appreciation.

“I’m grateful we have this record to know his story has an ending because otherwise people in family we would never know,” says Latane.

Latane and her family marvel at her uncle’s conviction.

“He accomplished more in 26 years than most of us will in our entire lives,” says Latane.

“He acted upon his passions. He didn’t just think about them,” says Martha.

For Mary Easterly, the young woman Fuller would court in the months before flying off to war, Patterson’s death still leaves her pondering.

“I think about him a lot,” says Mary Easterly. “When he was overseas he wrote and asked me if I could send him a picture so he could put it in the plane. So when they found his plane and found his body, I often wondered if the picture was still in there.”

Mary thinks about what might have been if the man who made that lasting impression on the dance floor so long ago survived.

“I often wondered if he’d come back whether I would have married him or not,” says Mary. “He was very nice to me.”

Fuller’s name was finally added to a special plaque at the Virginia War Memorial in 2013. The plaque was dedicated in honor of the handful of Virginians who joined the Canadian Royal Air Force during WWII.