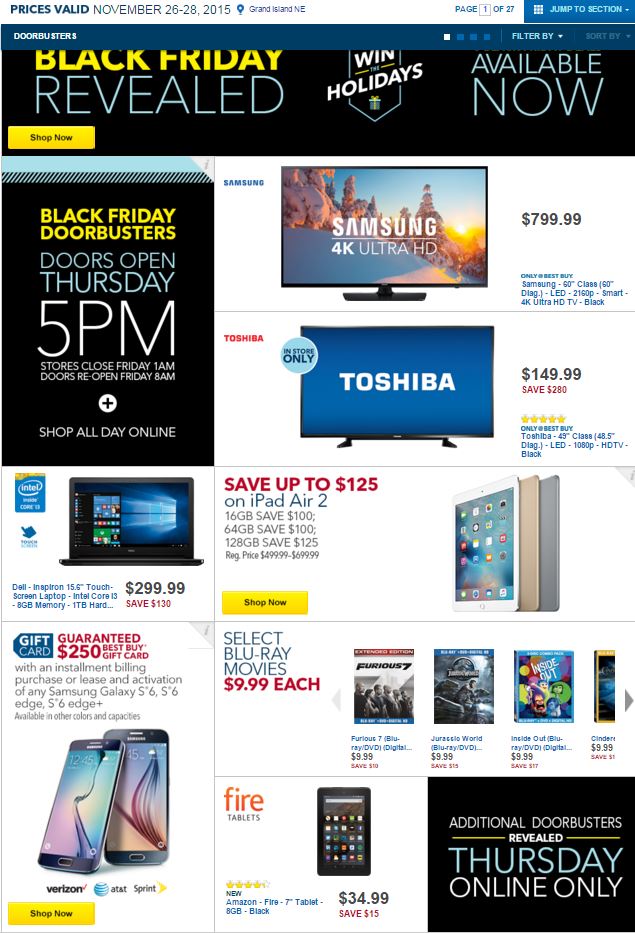 The electronics store announced its Black Friday deals on Tuesday, and some of those discounted items are already available.

Best Buy will open its doors on Thanksgiving Day at 5 pm, and sales that day will include a 49-inch Toshiba LED HDTV for $149.99.

Doors will open at 8 am on Black Friday, featuring deals like a Samsung 40-inch LED HDTV, XBOX One gaming console and a LEGO videogame — all for $499.99.

Best Buy said almost all of the deals it’s offering in stores will also be available online.