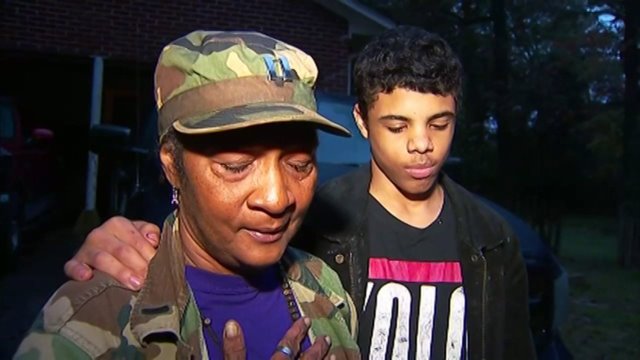 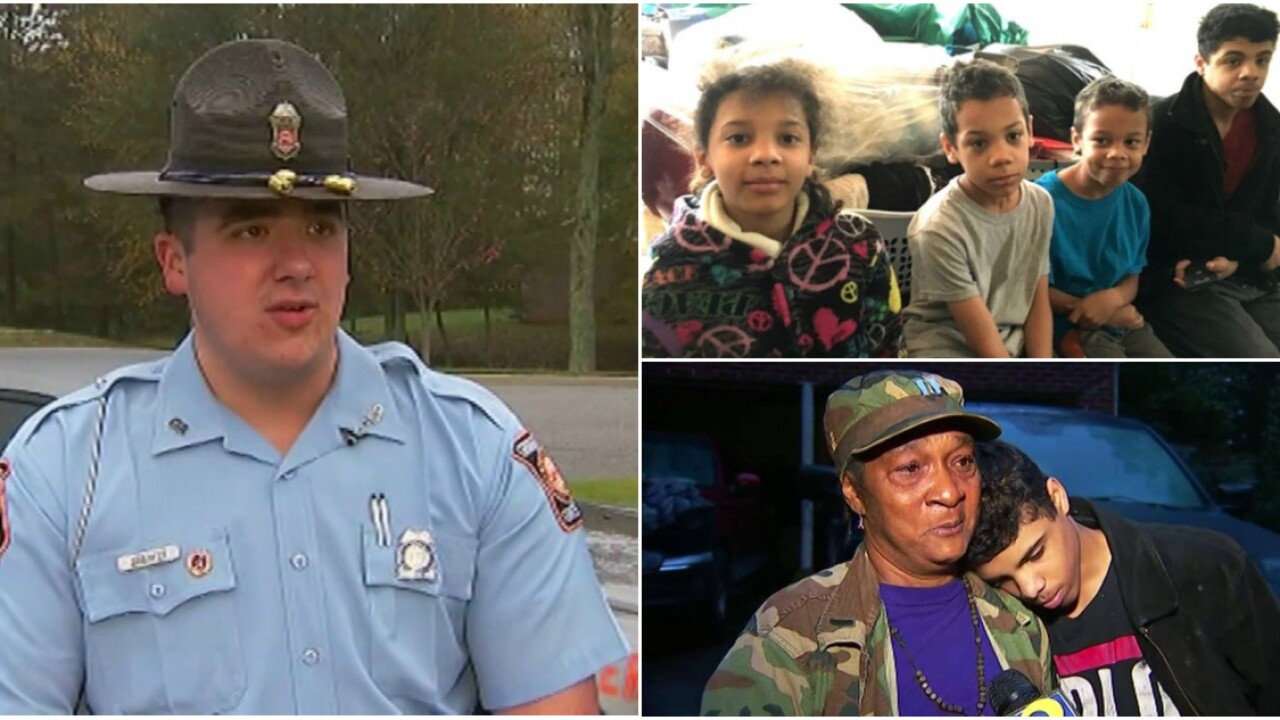 MORGAN COUNTY, Georgia -- Faced with the somber task of informing four children that their parents had been killed in a car wreck on Halloween, a big-hearted Georgia state trooper opted to do things a little differently.

Rather than just announce the devastating news there and then, Trooper Nathan Bradley decided to take the costume-clad kids under his wing for the evening and allow them to enjoy Halloween. He also started an online fundraising campaign to help the family.

Bradley has recounted the heartbreaking moment when he and two other officials arrived at the family home in Morgan County to deliver the news.

"The door hesitantly opened and there behind the locked screen door stood four children in full costume -- a 13-year-old Freddy Krueger, 10-year-old daughter of a Dracula, 8-year-old wizard and a 6-year-old that appeared to be a firefighting ninja turtle," he wrote on the GoFundMe page he set up.

He and his colleagues were speechless. They'd hoped to find an adult among the family members in the house, but the eldest boy, Justin Howard, told them no one was home.

"My parents went to the store to get more face paint. They told us not to open the door for anybody, but they should be back soon," he told the officials, according to Bradley.

'I wanted to preserve these kids' Halloween'

The officials found out that the closest relative of the dead parents, Donald and Crystal Howard, was the children's paternal grandmother, who lives seven hours away in Florida.

Bradley says he couldn't bear the thought of the kids being told they were orphans and then having to spend the rest of Halloween waiting in a county jail for their grandmother to arrive. So he put the distressing announcement on hold.

"I wanted to preserve these kids' Halloween and the ones to come," he wrote in the GoFundMe statement, which was also shared on Facebook by the Georgia Department of Public Safety.

He took the children to get burgers, fries and milkshakes before giving them a tour of the troopers' post. Other people who had heard what happened brought over candy, toys and Disney movies to watch.

The children were put to bed in rooms at the post, still uninformed of the terrible news.

"You turned an F-Minus day into an A-Plus night!" the little girl told him at bedtime -- words he found difficult to take in.

Their grandmother arrived just before dawn and agreed with Bradley and others that it would be better to tell the children what had happened the following day.

"We hoped that they would then relate the tragedy to November 1st, rather than Halloween," Bradley wrote.

On Tuesday, he said he heard from the eldest son that the transportation of the parents' remains and other funeral costs would amount to $7,000. That's when he decided to set up the fundraising page, with any additional money going toward the children's future education.

Thanks to a huge response, the amount raised has soared far above his initial goal, with other offers of help pouring in. By early Thursday, the GoFundMe had raised more than $150,000 from thousands of people.

"I'm am astonished by the support of this family," Bradley wrote as the donations flooded in. "You all are responsible for this success. The family wants to thank each and every one of you."

Still in his early 20s, the trooper says he plans to stay in touch with the four children.

"I care a lot about them and I want to watch them succeed," he said, according to CNN affiliate WSB. "I don't want this tragedy to shadow the rest of their lives."

The Georgia Department of Public Safety praised his efforts.

"Compassion is a core value of our Department," it said in a Facebook post. "Trooper Bradley is a true example of that value."