MT CLEMONS, Mich. – A Michigan family is cleaning up their home after an unexpected visitor caused a lot of damage earlier this week.

The Gietzen family of Mt. Clemens said a deer jumped through the front window of their Macomb County home and wreaked havoc in a bedroom before animal control officers could remove the animal.

“All of a sudden this big brown thing just slides through the living room,” Courtney Gietzen said.

“I turned around and it was in my neighbor's driveway coming towards us, turned about right here and jumped through our front window, where my 12-year-old was sitting on the couch,” said Jason Pappazi, who was outside when the animal crashed through the window.

Homeowner Nicole Gietzen said the six-point buck ran then passed their 12-year-old daughter in the living room, and entered the bedroom of their other daughter, 17-year-old Taylor Gietzen.

“She like kicked it in the head and the dog came after it and somehow or another they chased it into her room and closed the door and got out of the house," Nicole Gietzen explained. "Her room looks like a murder scene."

The deer ended up locked in 12-year-old Courtney Gietzen's room. The girls then called their mom, who told them to call the police and rushed home. 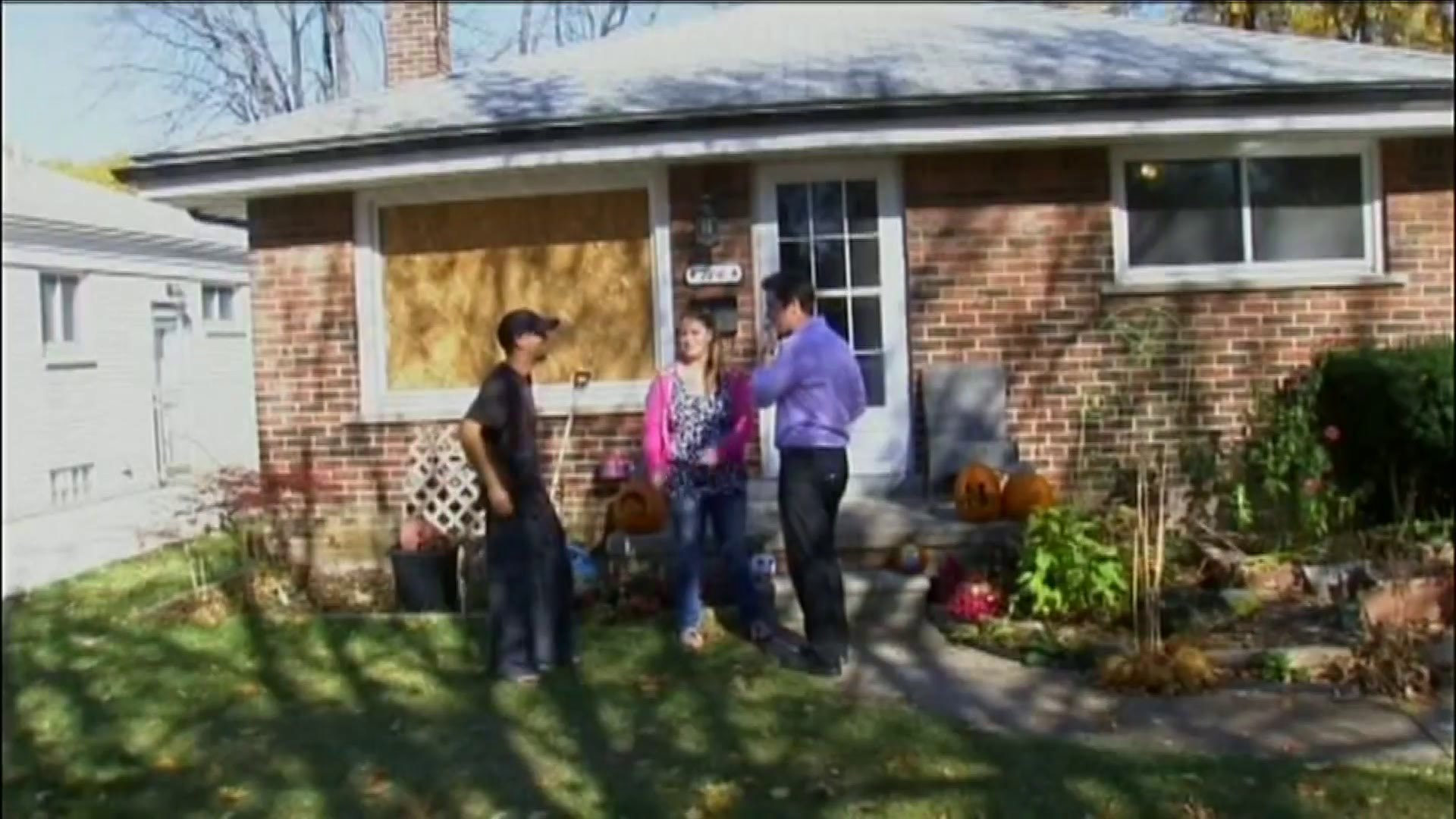 Nicole Gietzen said it took animal control officers two hours and five tranquilizers to subdue the deer. She said while the animal was trapped, it trampled items in the room and left blood on the bed and the walls.

The animal was subsequently euthanized.

“It was bucking in the back and the whole house was shaking,” Pappazi said. “They tranqed it four times and then they did something else to it and it went down.”